Faith Some Organ Recipients Inherit Memories From Their Donors; Here’s How It Applies... 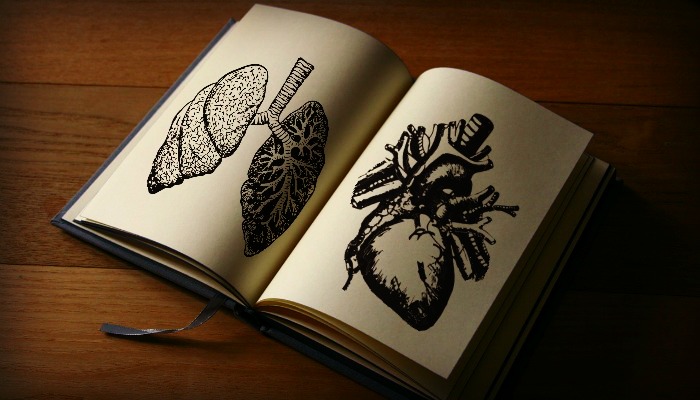 DISCLAIMER: I’m going to warn you right now that this article is well within the exciting realm of speculation. If you’re looking for solid, established doctrine, you’re probably looking in the wrong place. Proceed with caution.

Some organ recipients receive memories, habits or attributes of their donors

Claire Sylvia was 47 when she received a new heart and lungs. She had been battling pulmonary hypertension, a potentially deadly disease.

After the surgery, she started to notice that things weren’t quite the same. She suddenly craved beer and, oddly enough, chicken nuggets—something unusual for her. She started having dreams of a man named Tim L., whom she’d never met before. Sylvia started to feel that something was off. She felt … not herself.

Time passed and with the help of her revelatory dreams, she traced her new organs back to her donor, Tim Lamirande, who had died in a motorcycle accident when he was only 18 years old.

She contacted the family. They met. She soon discovered that her donor was a huge fan of beer and chicken nuggets. Some sources even report that authorities found a box of McDonalds chicken nuggets in Lamirande’s pocket at the scene of the motorcycle crash. Sylvia believes the organ transplant caused her to adopt some characteristics of the donor.

It’s an incredible story and an even more incredible claim. She wrote a book about it, called “A Change of Heart.” But Sylvia’s case is not an isolated incident.

29-year-old Scott Phillips died from head trauma caused by a blow during a bar fight. 24-year-old Jamie Sherman received his heart. She woke up after surgery with a distinct feeling of rage. She also soon noticed a newfound love for Mexican food, which she later discovered was Phillips’ favorite food.

A heart transplant in 2000 saved Bill Wohl’s life. While driving one day after his surgery, a song he’d never heard before made him break down and cry. He later met with his donor’s family and found out that the artist who made him cry was one of his donor’s favorites.

I’ve only scratched the surface of these stories (follow the links for more in-depth stuff) but you get the point. Now let’s connect it to science and the gospel.

Can our very cells store memories?

Stories like Sylvia’s play a part in what researchers call cellular memory theory. Without getting into the medical details of the theory, the idea is simply that the body’s organs may store information and memories independent of what is believed to be stored in the synapses of the brain. The theory is not limited to the heart, but also applies to the liver, lungs, kidneys, etc. Though unproven, this theory could account for some of the strange changes some organ recipients undergo.

Scientists know that synapses in the brain are heavily involved in the memory-making process, but new research shows there may be more to it. According to Scientific American,

Synapses may be like a concert pianist’s fingers, explains principal investigator David Glanzman, a neurologist at U.C.L.A. Even if Chopin did not have his fingers, he would still know how to play his sonatas.

Scientific American cites a recent study conducted on sea slugs suggesting that nerve cells have more to do with memory storage than we may have previously thought. That may only be the tip of the iceberg.

What the prophets have said about the final judgment

Several years ago a BYU-Idaho professor gave a speech called Made Holy in the Body. In it, he provides a smorgasbord (yeah, a smorgasbord) of quotes from Church leadership that detail how our very bodies will testify for or against us during the Final Judgment. Take a look at some of my favorites:

Psychology assures us that ‘We are spinning our own fates, good or evil… Every smallest stroke of virtue or of vice leaves its never so little scar…. Down among his nerve cells and fibers the molecules are counting it, registering and storing it up to be used against him when the next temptation comes. (Pres. David O. McKay, quoting William James in Conference Report, April 1956, 7-8.)

…I could show you upon scientific principles that man himself is a self-registering machine, his eyes, his ears, his nose, the touch, the taste, and all the various senses of the body, are so many media whereby man lays up for himself a record… (Pres. John Taylor, Journal of Discourses, 26:32.)

In a real though figurative sense, the book of life is the record of the acts of men as such record is written in their own bodies. It is the record engraven on the very bones, sinews, and flesh of the mortal body. That is, every thought, word, and deed has an effect on the human body; all these leave their marks… (Elder Bruce R. McConkie, Mormon Doctrine, 97.)

God has made each man a register within himself…. Your eyes and ears have taken it in, and your hands have touched it… (Pres. John Taylor, Journal of Discourses, 11:77-80).

Again, the connections between the scientific research presented here and the quotes above is purely speculatory. I don’t have the authority to declare doctrine (nor would I in this case), but it’s an interesting thought.

Could it be that scientists are beginning to discover what the Apostle Paul may have meant in Romans 2:15:

Which shew the work of the law written in their hearts, their conscience also bearing witness, and their thoughts the mean while accusing or else excusing one another.

Could cellular memory theory be a clue as to how God will be able to read our very lives like a book? Could it be that what the scriptures declare about the heart is more literal than we previously thought? Maybe, maybe not. Either way, I have a hard time reading scriptures like these the same: