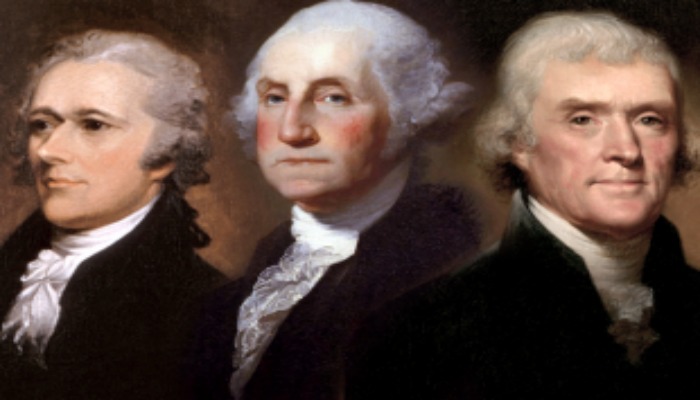 There is much to be celebrated here in America, and there are many people to thank for the rights and privileges we enjoy. At the top of that list, are the founding fathers. 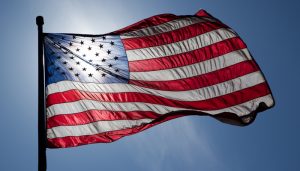 On countless occasions, in scripture and messages given by general authorities, the significance of the founding fathers to both The United States of America and to the Gospel of Jesus Christ has been made exceptionally clear.

Ezra Taft Benson once stated, “I testify that the God of heaven sent some of His choicest spirits to lay the foundation of this government.” Joseph Fielding Smith said, “Our government came into existence through divine guidance. The inspiration of the Lord rested upon the patriots who established it.”

In D&C 101:80, the Lord Himself declared, “And for this purpose have I established the Constitution of this land, by the hands of wise men whom I raised up unto this very purpose, and redeemed the land by the shedding of blood.”

However, what I find noteworthy and equally as awe-inspiring as prophets testifying of foreordination, are the times that the founding fathers testified of God. So, here are just a few examples of when the fathers of our great nation honored and accredited The Father of us all.

James Madison:
“It is impossible for the man of pious reflection not to perceive in it a finger of that Almighty hand which has been so frequently and signally extended to our relief in the critical stages of the revolution”

President George Washington:
“No people can be bound to acknowledge and adore the invisible hand, which conducts the affairs of men, more than the people of the United States. Every step by which they have advanced to the character of an independent nation seems to have been distinguished by some token of providential agency”

Thomas Jefferson:
“The God who gave us life gave us liberty at the same time: the hand of force may destroy, but cannot disjoin them”

John Adams:
“Suppose a nation in some distant Region should take the Bible for their only law Book, and every member should regulate his conduct by the precepts there exhibited! Every member would be obliged in conscience, to temperance, frugality, and industry; to justice, kindness, and charity towards his fellow men; and to piety, love, and reverence toward Almighty God … What a Eutopia, what a Paradise would this region be.”

Alexander Hamilton:
“For my own part, I sincerely esteem it a system, which without the finger of God, never could have been suggested and agreed upon by such a diversity of interest”

John Hancock:
“Resistance to tyranny becomes the Christian and social duty of each individual. … Continue steadfast and, with a proper sense of your dependence on God, nobly defend those rights which heaven gave, and no man ought to take from us.”

Samuel Adams:
“And as it is our duty to extend our wishes to the happiness of the great family of man, I conceive that we cannot better express ourselves than by humbly supplicating the Supreme Ruler of the world that the rod of tyrants may be broken to pieces, and the oppressed made free again; that wars may cease in all the earth, and that the confusions that are and have been among nations may be overruled by promoting and speedily bringing on that holy and happy period when the kingdom of our Lord and Saviour Jesus Christ may be everywhere established, and all people everywhere willingly bow to the sceptre of Him who is Prince of Peace.” 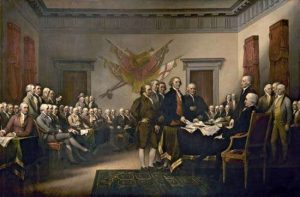 Disputes will always arise where government and politics are concerned, especially when there are religious implications. But one cannot deny the fact that the founding fathers, the men who worked tirelessly to establish a free land, did so with a keen awareness of and dependence on God.

I owe a debt of gratitude to these men, for exercising tremendous faith and fighting hard in the struggle for independence. I owe a debt of gratitude to all of the men and women who, even today, lay down their lives to defend and preserve the rights of the American people. Rights that were intended for all of God’s children, as outlined in D&C 98: “And that law of the land which is constitutional, supporting that principle of freedom in maintaining rights and privileges, belongs to all mankind, and is justifiable before me.”

These rights and privileges were essential for the restoration of The Church of Jesus Christ of Latter-day Saints, and they allow us to worship as members of that church today. How proud I am to be a member of the Church, how proud I am to be an American, and how grateful I am for the sacrifices made in the name of God and country, for the sake of life, liberty and the pursuit of true happiness.

I echo the words of Ezra Taft Benson when he said “…we honor more than those who brought forth the Constitution. We honor the Lord who revealed it.” I am grateful for the freedoms afforded me by my country, but most importantly, I am grateful for the most liberating freedom that comes through my Savior, Jesus Christ. 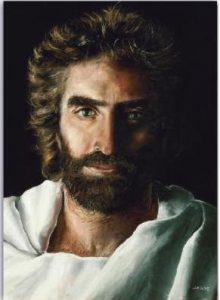