Faith Expect to Disagree With God Sometimes (Even Prophets Do It) 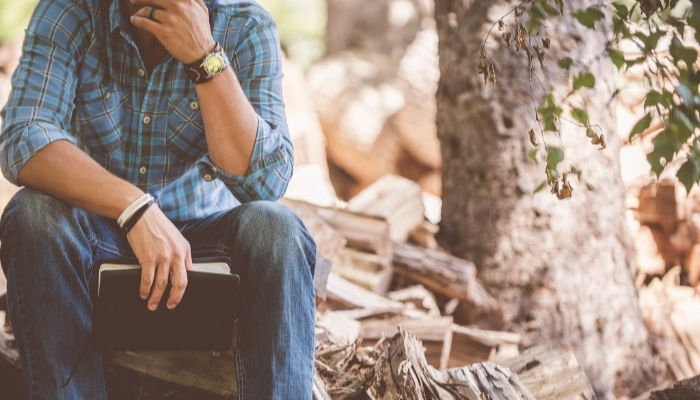 Disclaimer: This article was written before the October 2019 General Conference and is in no way meant to be a commentary on events from that conference.

“Well, my God doesn’t believe that.”

“My God would never let something like that happen.”

“That’s not the God I believe in.”

The scriptures teach us time and time again that we need to align our will with God’s will. Not the other way around. Yet, it’s seems to be a popular notion nowadays to profess belief in a God who coincidentally agrees with every little thing we have chosen to believe. Theologically, socially, culturally, even politically—God thinks just like me!

We try to create God after our own image, brushing aside the fact that it is us who were created after His image.

It’s hard to fathom that anyone would ever dare to disagree with an all-powerful God, but there’s precedent for it. Look at Lucifer and his followers. A third part of the hosts of Heaven disagreed with God’s pre-existent plan. When they failed to realign their will with God’s will, they were cast out. But disagreeing with God isn’t a situation exclusive to Satan and his angels.

Even prophets—those presumably closer to God than anyone else—sometimes find themselves at odds with His will. For example,

On the morrow, as they went on their journey, and drew nigh unto the city, Peter went up upon the housetop to pray about the sixth hour: And he became very hungry, and would have eaten: but while they made ready, he fell into a trance, And saw heaven opened, and a certain vessel descending unto him, as it had been a great sheet knit at the four corners, and let down to the earth:

Wherein were all manner of fourfooted beasts of the earth, and wild beasts, and creeping things, and fowls of the air. And there came a voice to him, Rise, Peter; kill, and eat. But Peter said, Not so, Lord; for I have never eaten any thing that is common or unclean. And the voice spake unto him again the second time, What God hath cleansed, that call not thou common.

Peter received a revelation, disagreed with it, and needed further light and knowledge to understand it. Even after Peter’s vision, he “doubted in himself what this vision which he has seen should mean” until even more light came days later (which you can read about in the rest of the chapter).

And it came to pass that I was constrained by the Spirit that I should kill Laban; but I said in my heart: Never at any time have I shed the blood of man. And I shrunk and would that I might not slay him.

Again, as further understanding comes, Nephi follows the promptings of the Spirit.

This is a special case. It illustrates a prophet who disagreed with God’s will to such a degree that he tried to escape it. But, over time and through a series of unfortunate events, Jonah realigned his will with the Lord’s will.

But the Lord sent out a great wind into the sea, and there was a mighty tempest in the sea, so that the ship was like to be broken. Then the mariners were afraid … So they took up Jonah, and cast him forth into the sea: and the sea ceased from her raging … Now the Lord had prepared a great fish to swallow up Jonah. And Jonah was in the belly of the fish three days and three nights …

The first point is this: If we fashion a God that always agrees with our own subjective sense of what is “right” and “wrong,” we might not be worshiping the right God. Chances are we’re creating a God after our own image, not an independent God whose thoughts are higher than our thoughts.

The second point is related to the first: We should expect to disagree with God sometimes. Heck, if it happens to the prophets, it can happen to us, right? We shouldn’t be surprised if what we think is best is different from what God thinks is best. The scriptural precedent supporting this concept is strong.

The third and final point is this: Remember that old break-up cliche, “It’s not you, it’s me”? Well, when you disagree with God, it’s always you. It is you and I that need to change, not God. Changing God isn’t really an option. In the words of Christ Himself,

…it is hard for thee to kick against the pricks.

Related: What is meant by the scriptural term “kicking against the pricks”?

So when we find ourselves in a situation where we disagree with God’s will, let’s be willing to change! That change doesn’t have to be instantaneous. It may take years. We might have to shelve some questions for a while. We might even find that some things simply weren’t God’s will, or we might have to get swallowed by a few fish first. But God can help us align our will with his. And in the end, aligning our will with His is the whole point of the gospel.

Neither pray I for these alone, but for them also which shall believe on me through their word; That they all may be one; as thou, Father, art in me, and I in thee, that they also may be one in us: that the world may believe that thou hast sent me. And the glory which thou gavest me I have given them; that they may be one, even as we are one: I in them, and thou in me, that they may be made perfect in one…