It is fun and fashionable to romanticize the lives of one’s ancestors, and if you are a descendant of someone like Mary Fielding, it is difficult to overdo it. So it was with great excitement that I set off on my family history journey, certain that I would find people equivalent to Mary Fielding or maybe even one of my heroes, Heber Kimball, in my blood line.

After a few months of research I was thrown into despair over the utter dysfunction and despicable behavior in many or most of my ancestral roots.

Mom’s Side of the Family

The angst started with the discovery that my great, great grandfather on my mother’s side was the illiterate town drunk in Price, Utah, who, upon the death of my great, great grandmother, abandoned his eight children at the train station. Most of the children were adopted out, and only two of them kept their father’s name. That seemed to result in a dead end in my search for Fielding and Kimball-like nobility, but I had a lot more chances with many more ancestors.

Great, great granddad was only the beginning of the dysfunction on my mother’s side. Next came great, great, great grandmother Pherby Denham. Pherby lived in Clay County, Tennessee. Around the first part of May in 1859, Pherby was working for a wealthy family near her home when one of the adult sons of the home owner, 21-year-old Bud Cherry, had his way with her. Pherby was 20. Some speculate that a marriage between the two would have been shameful for the Cherrys due to the stark economic difference between the families. This, of course offended the Denhams who were deeply hurt by the “sad saga” for a long time. Pherby wore a “hood of shame” over her face for the rest of her life.

She later married Civil War veteran, Frank Rhoton, who treated her poorly and treated his stepson, Franklin, worse. Things got so bad that great great grandpa Franklin left the Rhoton home where he had been renamed Parish Rhoton to live with his neighbors the Spears’ and the Renneau’s. Franklin worked hard for fifty cents per week pay as well as room and board but was rarely allowed to keep the money, as his stepfather was very alert in collecting the money each week. Once again, I was at a dead end in my quest for ancestral royalty.

I shifted to another line on my fan chart and researched the life of my Shumway ancestors. Once again I ran into a dead end. My great, great grandfather and grandmother were struggling financially and had to come up with money to satisfy a $30 grocery credit. They were able to make an arrangement with the grocer that ended up selling six months of then 13 year-old Wallace Everett Shumway’s labor to a group of ranchers who were herding in Mexico.

After six months the ranchers sent Wallace packing with no money and no way home. He hitched and begged his way back to Arizona and contemplated not going back to the family that had allowed for that kind of abuse.

If that were not enough, Grandpa Nyland (mom’s dad), was sent to an orphanage for a time due to his parent’s inability to care for him. He spent years following his solid grandparents, yet crazy uncles, as they panned for gold and tried to make money moonshining and bootlegging. Uncle Ralph ran with the Brown’s Hole gang for a time. Grandpa reports that he is sure his growth should have been stunted due to frequent bouts of malnutrition and starvation.

Dad’s Side of the Family

Dad’s side fared better but was not without issues. I’m really not sure how polygamy worked for them, but there is plenty of it in dad’s line. That alone adds a cringe factor to my re-creation of their history. My namesake, David Grant, had four wives and 19 children. How on earth does a man bond with any of the women or children without serious exclusion of many others. In toto, the man was a remarkable saint whose life of dedication and service built generations of faith and devotion. I feel for the costs of his enormous sacrifices.

As a teenager, living in a ward with several families with names like Benson, Smith and Young, I was no stranger to ancestral pride. At the time, I was sure my ancestry was on par with theirs. I remember one particular fast and testimony meeting that turned into an ancestral love-fest. One of the testifiers spoke proudly about the impending marriage of her daughter to a direct descendant of Willard Richards who was with Joseph, Hyrum and John Taylor in Carthage jail. She was so glad that the proud name she carried would not be tarnished in marriage by more humbug ancestry.

When discoveries of my ancestral messiness came to my attention, I thought that maybe I would be resigned to marrying someone with a lesser name due to my own brand inferiority.

I see Jesus’ atonement as an enormous blanket that covers my entire fan chart. There are two aspects to this. One is the redemption of Bud Cherry, Frank Rhoton, Pherby Denham, Wilson Shumway and Joseph Stephen Nyland. There will be redemption for these in a form and manner much larger than the pain they have inflicted and suffered according to their desires. The other aspect is more interesting to me.

Franklin Parish Denham (took on neither his biological nor his adopted father’s surname) had a good head on his shoulders and showed superiority over his half brothers and sisters, I’m sure much to the chagrin of his stepfather and the occasional delight of his mother. He married Dicia Wood at 21, bought a farm and did well. The atonement part came when he met Mormon missionaries, accepted their message and joined the church. Immediately things changed. His friends shunned him, and he realized he could no longer live in Tennessee. He tried to sell his farm, but the neighbors boycotted him, and he finally had to let it go for $600, although it was worth several times that amount. He spent this $600 moving his family, consisting of a wife and three small children to Arizona.

One of his first acts after coming West was go to the temple in Saint George, Utah. While receiving his endowment he expressed a reluctance to go on record as the son of stepfather Frank Rhoton, who had been unkind to him as a boy and to his mother, and as an outcome of decisions made in that Temple and sealing ordinances on that occasion, he became the adopted son of Brigham Young.

A startling thing is recorded in his patriarchal blessing, “Your posterity shall honor your name through all generations. Behold the mercy and goodness of the Lord unto you. Your companion will stand by you and a great work shall be performed for your progenitors.” I get chills as I read this. Part of the fulfillment is in my own honor of him. The other part will extend the atonement to rescue at least Pherby and maybe Rhoton’s and Cherry’s.

Wallace Shumway made good. He was smart enough to marry Pearl Denham, daughter of Franklin Parish Denham. Wallace was called on a mission to the eastern states for three years leaving Pearl and his children. Before he left, he asked Pearl if she would like him to cut down an old, barren pear tree in their yard. She told him no, and that although the tree had never produced fruit, it provided shade. The spring after he left on his mission, the tree blossomed up for the first time. The late summer pear yield from the tree was so great that Pearl had to prop up the branches to keep the weight of the fruit from breaking them. The fruit was harvested, processed and sold to help the young family make it through the first year of Wallace’s mission. The tree produced fruit in the same amount for the next two summers until Wallace’s return.

My own grandfather, grandson of Joseph Stephen Nyland, who did the unthinkable by abandoning his children, grew up in physically and spiritually harsh circumstances yet had a turning point in his life partly due to a wise and spiritual grandmother. I’m not sure how it all came about, but at some point in his early twenties, he highly resolved several things. 1) Follow God’s living oracles. 2) Use clean language. 3) Be generous. Grandpa spend the last several years of his life as a stake patriarch.

A confluence is where at least two rivers join to make one. For Franklin Parish Denham, the two rivers were anything but pristine. The new river was full of pollution that should have kept it from sustaining life. He could see this and took specific action to allow for some kind of freshness and purity. When the Mormon missionaries came and brought the message of that atonement that could entirely purify all rivers, he gladly accepted it and everything was new. It was an interesting, symbolic act to ask not to be sealed to his step and biological fathers.

Due to his choice, he was able to father and his wife able to mother the ever stalwart Pearl Denham who raised my mother for several years with kindness and strong gospel conviction upon the death of my grandmother three years after my mother was born.

Family history has been both painful and faith-building. You may remember the title of this article from the book/movie Holes. As in the movie, there is full redemption when the modern Stanley Yelnats carries the ancestor of Madame Zeroni up the hill to a clear spring to drink and become strong. And so it is with me and my ancestors. All are saved to the level of their desires past, present and future. The other side of redemption is temple work which functions as formal ordering necessary for full atonement reach. Doing vicarious work for me has taken on new meaning when I consider that redemption is being made available for people as dysfunctional as many of my ancestors. 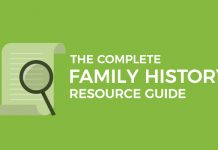