Faith The Gospel According to Anne Frank 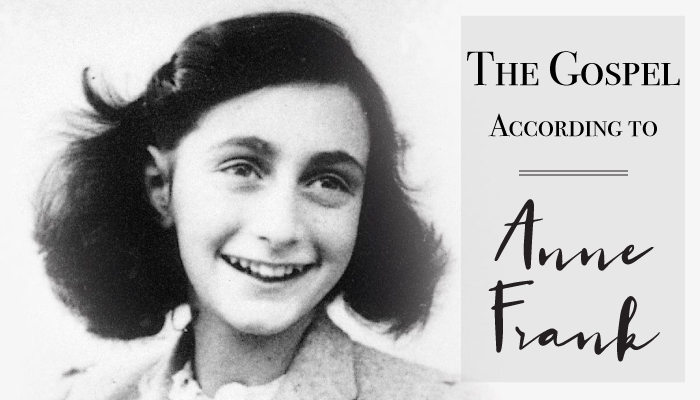 On this day 73 years ago, Anne Frank was arrested for being a Jew. She, her family, and their friends were taken from the Secret Annex—the place where they’d been in hiding for two years—and sent to concentration camps. Only one survived: Anne’s father. Despite seeing the worst of humanity, Anne believed in the best. There’s a lot to learn about life—and the Gospel of Jesus Christ—from her words, recorded in a diary all those decades ago. 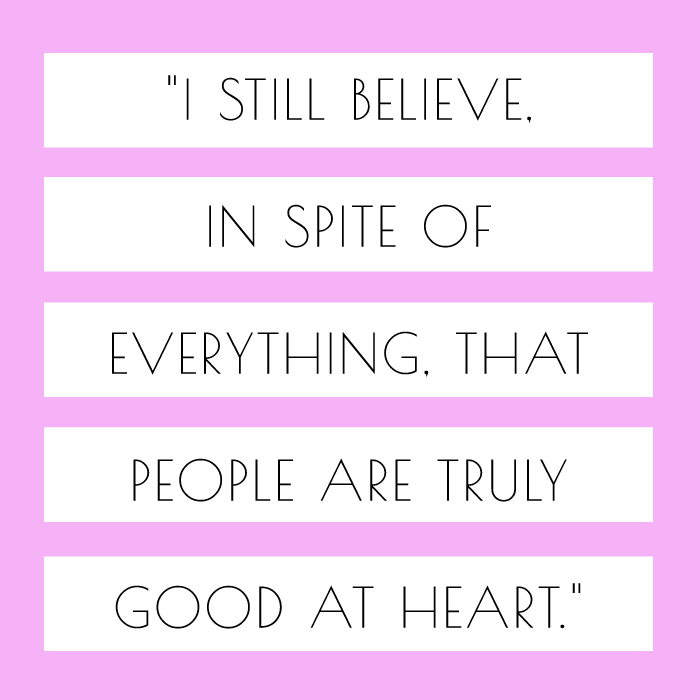 Anne believed in and saw the good in people, a lesson she had to relearn over and over again while cramped with seven other people in a small area that they could never leave. Despite this, and the atrocities being perpetuated on the Jews, she sought the light in others, not the darkness:

“I still believe, in spite of everything, that people are truly good at heart.”

President Dieter F. Uchtdorf taught: “Look hard enough, and you can discover both good and bad in almost anyone and anything.” So why not look for and focus on the good? 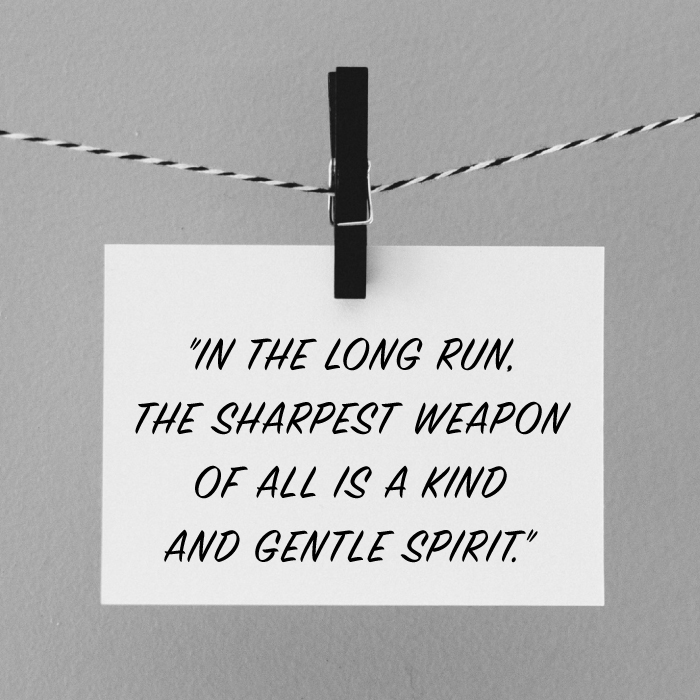 Anne also believed in being the sort of person that others could easily believe in. She believed in the simple power of kindness:

“In the long run, the sharpest weapon of all is a kind and gentle spirit.”

It’s not complicated or flashy. It won’t garner praise like passion or attention like courage, but it can change the world; it can slowly alter the tide of life. Elder Joseph B. Wirthlin talked about the virtue of kindness:

“Kindness is the essence of greatness and the fundamental characteristic of the noblest men and women I have known. Kindness is a passport that opens doors and fashions friends. It softens hearts and molds relationships that can last lifetimes.” 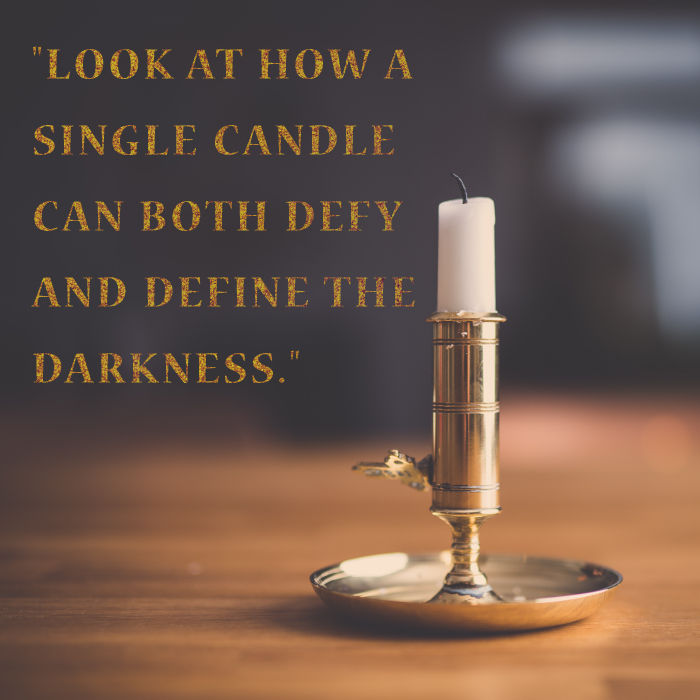 Even hidden away, Anne let her light shine through her journal. She never survived to see her words change lives, but they did:

“Look at how a single candle can both defy and define the darkness.”

She chose to both defy and define the darkness of a life ravaged by war and bigotry. Likewise, letting our light shine is a recurring theme throughout the scriptures. Matthew 5:16 tells us to “Let your light so shine before men, that they may see your good works, and glorify your Father which is in heaven.” The world is a dark place, rivaling—in ways surpassing—the darkness of Anne’s world, but we have a duty to shine forth. President Thomas S. Monson explained:

“Those things which make us different from most of the world also provide us with that light and that spirit which will shine in an increasingly dark world.” 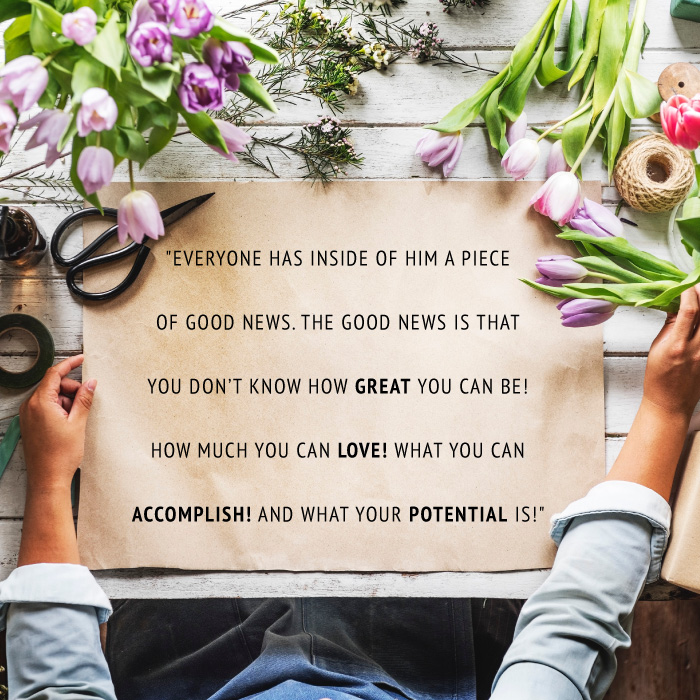 Anne might have been treated as something less than human, systematically deprived of her rights, even life, but she never forgot her worth:

“Everyone has inside of him a piece of good news. The good news is that you don’t know how great you can be! How much you can love! What you can accomplish! And what your potential is!”

Talks, campaigns, and even Young Women slogans have been centered around the idea of individual worth. Church leaders lecture about it; the scriptures preach it. Marion G. Romney said, “The crowning work and glory of God is, therefore, as he has said, to bring to pass the eternal life of man. Such is the worth of a soul.” 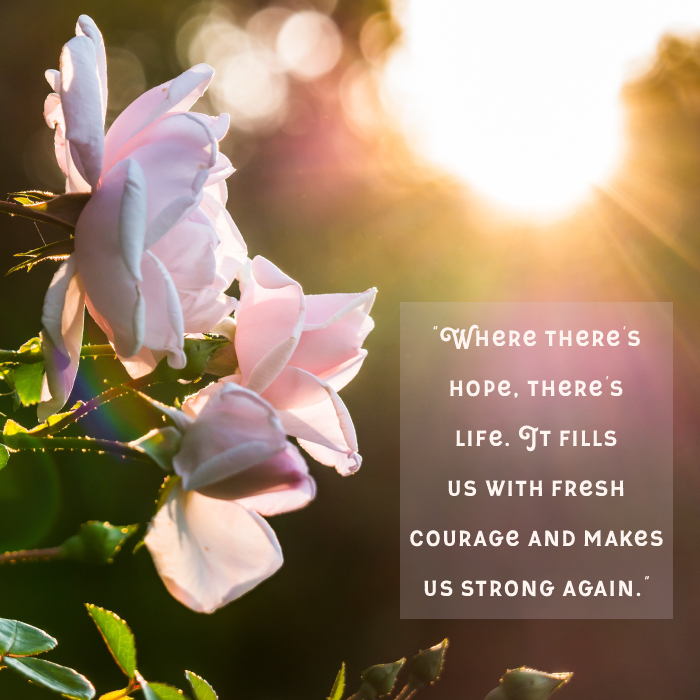 If anybody understands hope, it’s a Jew in Nazi-controlled Europe during the 1940s. Anne said:

“Where there’s hope, there’s life. It fills us with fresh courage and makes us strong again.”

We should also understand it, because it’s one of the pillars of the Gospel: faith, hope, and charity. Charity might be the greatest (and Anne had something to say about this as well—”No one has ever become poor by giving”), but hope is right up there. It’s critical in getting us through those tough times. President Uchtdorf said, “Hope in God, His goodness, and His power refreshes us with courage during difficult challenges.”

Anne Frank may have lived in a different time, in a different world, and under different circumstances. She practiced a different religion. But she saw things clearly. She understood the fundamentals of a Gospel that she didn’t practice. Maybe we can remember her with gratitude this day and learn a little from her words.