One of my favorite scriptures about spiritual power has only 7 words:

The verse before is what makes it remarkable. Lehi, a prophet in the Book of Mormon, is warning his sons of their sins. When they fail to heed his advice, he speaks in the voice of thunder in condemnation of their actions:

1 Nephi 2:14— “And it came to pass that my father did speak unto them in the valley of Lemuel, with power, being filled with the Spirit, until their frames did shake before him. And he did confound them, that they durst not utter against him; wherefore, they did as he commanded them.”

This spiritual power was coming from a man who “dwelt in a tent.”

Those 7 words were not just a verse that was used to describe where Nephi’s father kicked up his feet each night. Nephi was making a statement that Lehi was able to accomplish God’s work despite dwelling in humble circumstances. If we are obedient to Heavenly Father and serve where we stand, I testify that we can find that kind of spiritual power too. 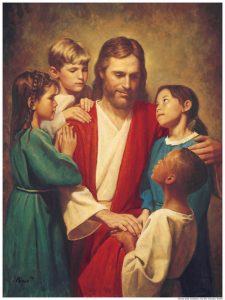 Confessions of a Primary Worker

I am well aware of the dread primary teachers feel when they roll out of bed on Sunday morning.

Tantrums. Treats that empty your bank account. A crushing existential realization that the lesson you have slaved over for the past six evenings has gone in one ear and out the other.

It’s easy to suppose that you are having little to no influence on your children’s lives.  Sometimes we stay on our knees a little longer on Sunday night, covered in Goldfish crumbs, and we ask God a simple question: Am I really doing any good? If not, where can I find the spiritual power to do good?

When we find ourselves uttering these prayers, it helps to heed the words of Russell T. Osguthorpe. Russell T. Osguthorpe was a Sunday School President who served from 2009-2014. He spoke of an experience from when he was in Primary when he had to stand before everyone in church and present prepared lines for the Primary Program. He had, of course, forgotten his lines; humiliated, he sat back down. After this experience, he “made a firm resolve never to speak in any Church meeting again.”

His Primary leader Sister Lydia Stillman put that resolve to the test by asking him to give a talk not long after. “I don’t give talks” was his firm answer. “I know, but you can give this one because I’ll help you” was her calm reply. Because of this quiet confidence in his abilities, he was able to give his talk, breaking his own rule.

Many years later in 2009, President Russell T. Osguthorpe spoke at a General Conference.  Twenty-one thousand people in the Conference Center and millions worldwide listened as he testified of that teacher’s spiritual power.

“That good woman was a messenger from God, who had a work for me to do. She taught me that when a call comes, you accept it, no matter how inadequate you might feel. As Moroni did with Joseph, she made certain that I was prepared when the time came to give that talk. That inspired teacher helped save my life.” 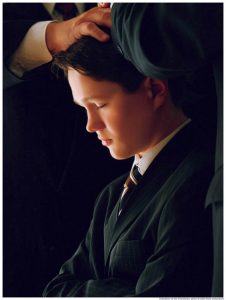 You Have The Power

You can access spiritual power when you are being obedient.

Lehi did not achieve his spiritual power to inspire by calling only. He had to earn it. He had to leave his home, journey into an unforgiving landscape, jeopardize his standing among his family and people as they questioned his sanity, and of course, he had to sacrifice comfort for a tent. Because he was obedient, he proved to the Lord he was capable of being an instrument for good.

Thank the heavens we aren’t asked to forsake comfort to wander the desert. We are, however, asked to be obedient in order to gain the spiritual power to inspire, just like Sister Stillman. She had no idea that she was inspiring a future church leader. She was simply following her Heavenly Father’s will and doing her best to magnify what most would see as a humble calling. This story illuminates the fact that whether you are the stake president with the responsibility of hundreds or the Relief Society greeter with the power to make someone smile, you have the spiritual power of doing great good where you are.

Spiritual power does not come from position. It comes from diligent effort to follow God’s will and work in his vineyard, which will prove to Him we can be used as a tool for good. If we can do that, we can brush off the Goldfish crumbs and have the satisfaction that we are God’s hammer, no matter where we dwell.