Faith Gospel Doctrine Why Does it Matter if there was Life Before Birth? 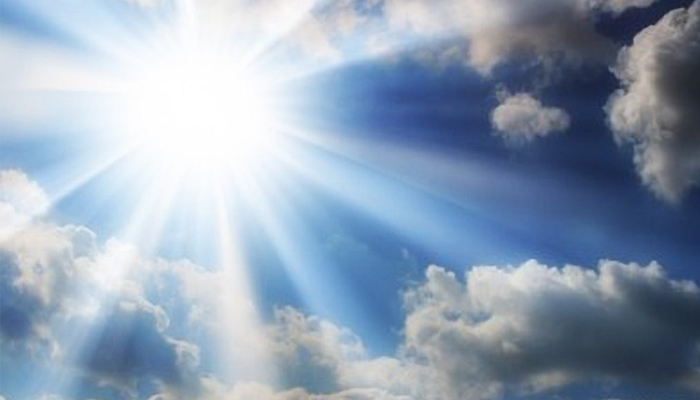 If it’s true that all of us existed as spirits before we were born, it means that we might truly be eternal beings, that there might be an eternal plan for us, that mortality is just a brief time of testing and schooling, and that we as individuals are indeed unique.

There are short verses in the Bible that allude to the fall of Lucifer from heaven and that allude to a War in Heaven before the foundation of the world. (See Rev. 12:4, 7–9; Isa. 14:12–15.) There have been many who have wondered how there could have been a war in heaven when perhaps only God and Christ and Satan are eternal. Wouldn’t there have been others? It’s hard to fight a war without participants.

Mormons have additional scripture and revelation from God to modern prophets to help us understand that we lived for eons before being born into mortality, and that a lot went on in the “pre-existence” that is important to our eternal progress.  Increasing our knowledge of the pre-mortal realm changes our view of ourselves and all of God’s children, for that is who we really are.

The following verses from the Book of Job (38:4 – 7) are more than just pretty poetry:

Where wast thou when I laid the foundations of the earth? declare, if thou hast understanding.

Who hath laid the measures thereof, if thou knowest? or who hath stretched the line upon it?

Whereupon are the foundations thereof fastened? or who laid the corner stone thereof;

When the morning stars sang together, and all the sons of God shouted for joy?

During our pre-mortal existence God laid out for us His eternal plan, through which we could become more like Him. When we heard it, we shouted for joy.  We were His spirit offspring, and each of us carries the seeds of divinity.  Wordsworth had an inkling of this when he wrote,

Our birth is but a sleep and a forgetting:
The Soul that rises with us, our life’s Star,
Hath had elsewhere its setting,
And cometh from afar:
Not in entire forgetfulness,
And not in utter nakedness,
But trailing clouds of glory do we come
From God, who is our home…
–William Wordsworth, Ode: Intimations of Immortality 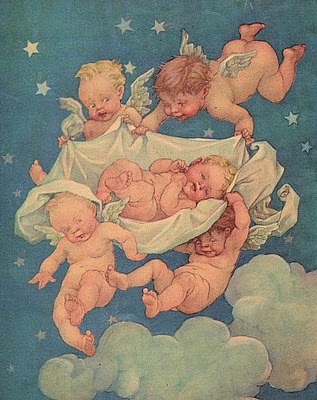 By regaining a knowledge of the pre-mortal existence, we come to know that God was our origin as well as our destination.  Earth life is just a blip on our eternal journey. The material world becomes less important; our sense of self becomes grander, but in a whole different way than degrees, awards, careers, and possessions can aggrandize us. (See Eccl. 12:7; Jer. 1:4–5; Acts 17:28; Eph. 1:3–4; Heb. 12:9; Jude 1:6.)

What Does Mormon Scripture Tell us about the Pre-Mortal Existence?

All things were created by God through His Son Jesus Christ, who looked upon the expanse of heaven before the earth was created.

Man Was also in the Beginning with God

Man was also in the beginning with God. Intelligence, or the light of truth, was not created or made, neither indeed can be (D&C 93:29).

But behold, the resurrection of Christ redeemeth mankind, yea, even all mankind, and bringeth them back into the presence of the Lord (Helaman 14:17).

And that it might be filled with the measure of man, according to his creation before the world was made (D&C 49:17.)

Everything was Created Spiritually before Being Created Physically on the Earth

And he called upon our father Adam by his own voice, saying: I am God; I made the world, and men before they were in the flesh (Moses 6:51).

Even before they were born, they, with many others, received their first lessons in the world of spirits and were prepared to come forth in the due time of the Lord to labor in his vineyard for the salvation of the souls of men (D&C 138:56). 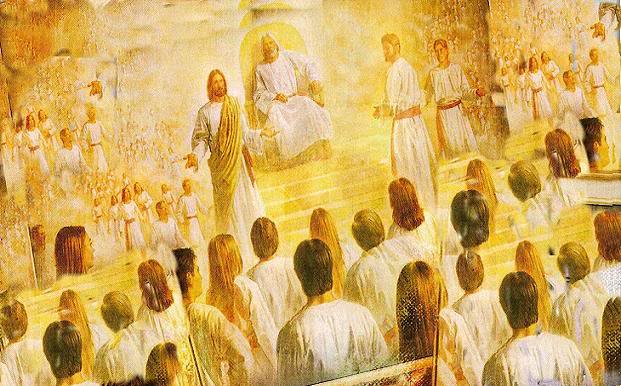 Some Distinguished Themselves During Pre-Mortal Life

Mormons don’t believe in “pre-destination,” which means that only certain people are predestined to be saved. But Mormons do believe in “fore-ordination,” in which we, as pre-mortal spirits covenanted with God to fulfill certain roles in His kingdom on earth. We have the agency to decline that service, or we can fail to qualify during our sojourn on earth, but salvation is still our future and exaltation is possible.

Now the Lord had shown unto me, Abraham, the intelligences that were organized before the world was; and among all these there were many of the noble and great ones;

Read more about God’s Plan of Salvation and Pre-Mortal Life:

We Lived with God

The Worth of Souls