Faith Gospel Doctrine “Saving” Ordinances, the Covenant Path, and the Power of Godliness 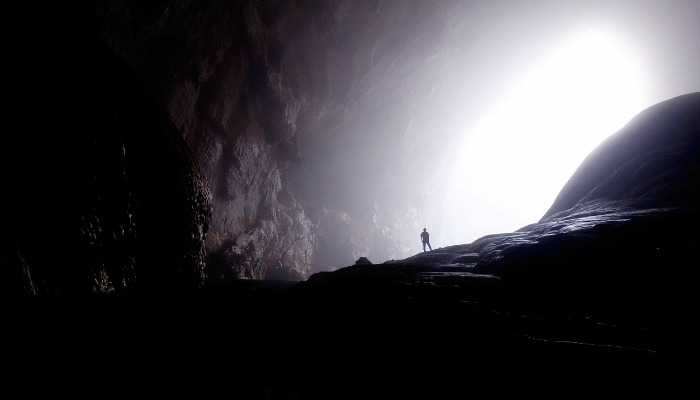 I’ve been doing a ton of research on saving ordinances lately because there have been a few things I just didn’t understand about them. For instance, is salvation actually out of reach without saving ordinances? Doesn’t salvation come through faith (grace) and not works? Why are ordinances important? Are they purely symbolic? What do I gain from participating in ordinances? 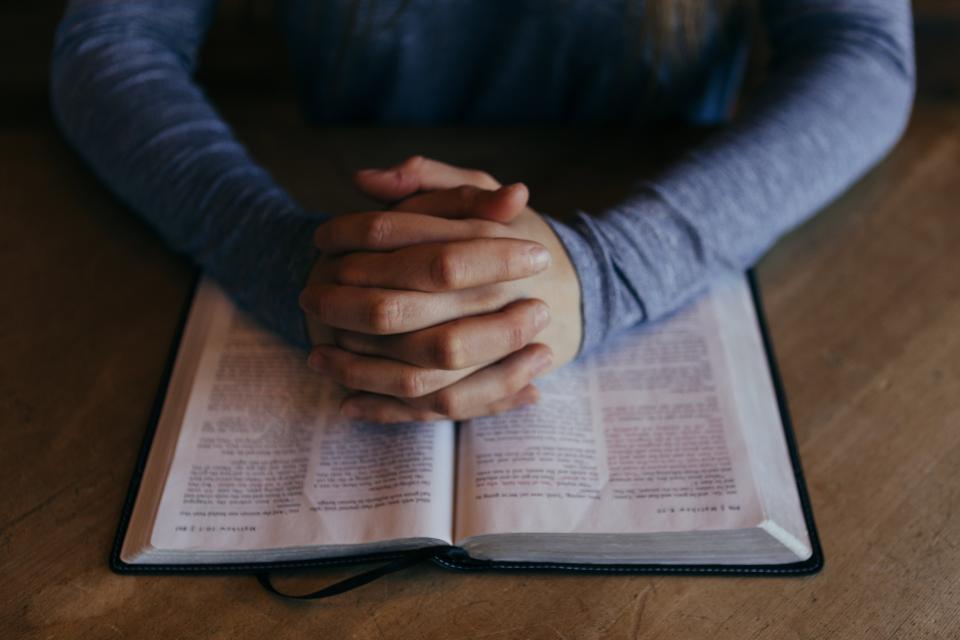 My study took me on a surprising journey through the scriptures, words of the prophets, and doctrine of Christ. I came out with answers to questions I never knew I had. So let’s jump right in. For reference sake, here’s a list of saving ordinances, according to LDS.org:

Now, let’s tackle some of these questions. Can you or I be saved without saving ordinances? Well, that depends.

The first thing to understand is that though we often use salvation and exaltation interchangeably, there is a difference between the two. LDS.org gives six definitions to the word salvation, but we’re just going to focus in on one important concept. I’d be willing to bet (conjecture alert) that when someone who is not LDS refers to ‘being saved‘ they’re referring to being saved from death and an eternal Hell. By implication, they’re referring to hopefully finding a place in Heaven for eternity. 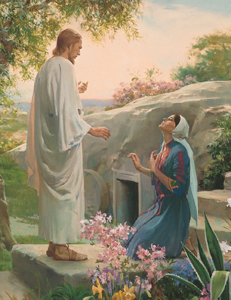 In this sense of the word, are saving ordinances essential to salvation according to LDS theology? No. Christ’s resurrection serves as a free gift to every human being that comes to earth, ensuring that everyone will be resurrected and receive salvation from physical death.

Likewise, most everyone that ever exists is sure to receive a degree of glory, or heaven. Only a very select few will not. In that sense, salvation (from death and the traditional Hell) comes completely through the grace of God.

President Russell M. Nelson defines exaltation as “the highest state of happiness and glory in the celestial realm.” Those who receive exaltation will have the opportunity to live with Heavenly Father for eternity, and to become like Him. It’s true that exaltation implies salvation, but salvation does not necessarily imply exaltation. So, are saving ordinances necessary for exaltation? Yes.

So why are exalting ordinances so important? 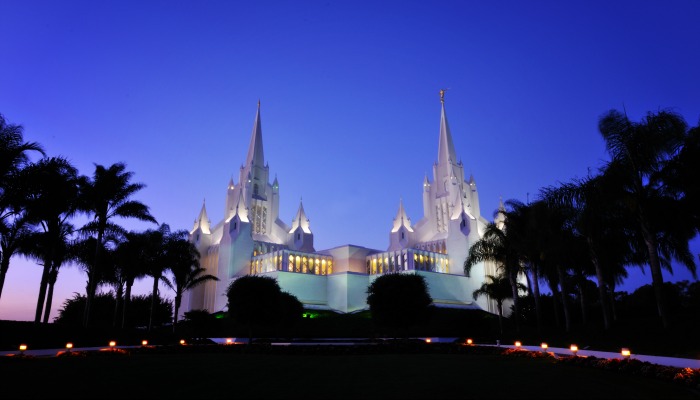 Exalting, or saving ordinances, are much more than items on a list we have to check off in order to unlock an eternal reward. By making and living up to the covenants associated with each ordinance, we’re already starting the process of becoming like our Heavenly Father. We become “partakers of the divine nature,” as the scriptures teach.

Grace and peace be multiplied unto you through the knowledge of God, and of Jesus our Lord,

According as his divine power hath given unto us all things that pertain unto life and godliness, through the knowledge of him that hath called us to glory and virtue:

Whereby are given unto us exceeding great and precious promises: that by these ye might be partakers of the divine nature, having escaped the corruption that is in the world through lust.

If you didn’t read that scripture closely, read it again.

OK, so we become like God through ordinances. But how does that happen? What does that look like? Read on, dear friend. 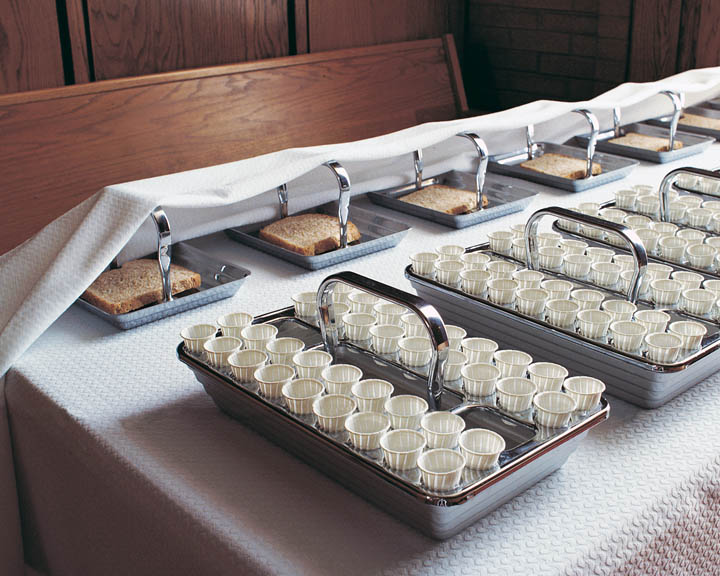 For this section I defer to an excerpt from the book, Why are ordinances important in my life? by Dr. Anthony Sweat:

One of the special blessings of my life is that I have full access to all my wife’s gifts and abilities and resources—her knowledge, wisdom, talents, strength, goodness, and just down-right cute-ness. Why am I so fortunate to have all of Cindy Sweat’s resources at my fingertips? Well, because I married her. I gave my life to her, she gave her life to me, and we became one—The SWEATS (Man, what a name. Love ya, forefathers). It’s the marriage ordinance that connects me to her and her to me and gives us full access to what each other can offer the other.

Now, why am I telling you this about marriage? Let me explain with a verse from the Doctrine and Covenants: ‘Therefore, in the ordinances thereof, the power of godliness is manifest.’ In other words, gospel ordinances give us access to God’s power in our lives and help us become more like Him. Just like how a person gains full access to their spouse’s gifts, abilities, and powers through the ordinance of matrimony, we gain access to God’s gifts, abilities, and powers through the ordinances of the gospel.

Dr. Sweat then outlines some examples of specific attributes, gifts, abilities, and powers associated with the exalting ordinances listed at the beginning of this article:

Staying on “the covenant path”

It’s a phrase we’ve heard from President Russel M. Nelson a lot lately. “Keep on the covenant path.” It was something he emphasized in his first formal statement as the 17th president of the Church and continues to focus on now. But considering the importance of saving ordinances (and associated covenants) as taught by Dr. Sweat, what exactly is the covenant path we’re supposed to stay on?

Because the power of godliness is made manifest in the ordinances (and associated covenants) of the gospel, one could say that the covenant path is representative of the path to godliness as we know it in this mortal life. And inversely,

without the ordinances thereof … the power of godliness is not manifest unto men in the flesh.

Of course, we stay on the path by keeping our end of the deal in reference to our covenants, but to what end? Exaltation. To live with and ultimately become like God. And again, that godly transformation starts now, inasmuch as is possible in our mortal circumstances. We start the process now, and,

Whatever principle of intelligence we attain unto in this life, it will rise with us in the resurrection.

And if a person gains more knowledge and intelligence in this life through his diligence and obedience than another, he will have so much the advantage in the world to come.

Those scriptures only mention knowledge and intelligence, but I think the same principle applies to the gifts, attributes, powers, skills, and abilities we receive through ordinances and covenants.

The powers of godliness

When we talk about becoming like God, our minds often jump straight to God’s unique abilities. He can move mountains, rain down fire from heaven, and command the seas. That’s all fantastic, but God is not God because of what he does. God is God because of who He is. What He does is just a result of who He is. And if God stopped being who He is,

…the works of justice would be destroyed, and God would cease to be God. But God ceaseth not to be God, and mercy claimeth the penitent, and mercy cometh because of the atonement.

Ultimately, that’s why exalting ordinances are so important. They put us on the covenant path, the path of godhood. They give us access both to God’s power to change external circumstances if necessary, but more importantly, to change ourselves into beings more like Him. Full of justice, mercy, humility, purity, knowledge, and the pure love of Christ, just as Christ Himself and our Heavenly Father are.

Wherefore, my beloved brethren, pray unto the Father with all the energy of heart, that ye may be filled with this love, which he hath bestowed upon all who are true followers of his Son, Jesus Christ; that ye may become the sons of God; that when he shall appear we shall be like him, for we shall see him as he is; that we may have this hope; that we may be purified even as he is pure. Amen.