Faith This Sociology Experiment Will Forever Change How You Look at “Standing in... 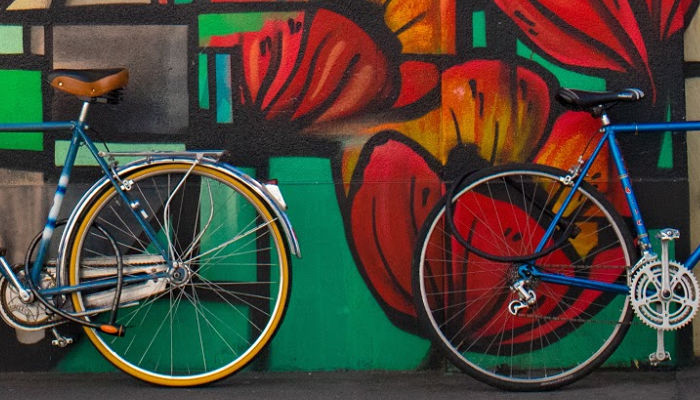 “Stand ye in holy places, and be not moved.” We’ve read the scripture, we’ve heard the talks, and we’ve filed it away somewhere in the “pithy religious one-liners to remember” section of our brains. That’s all well and good, but when we revisit the phrase through the lens of sociology, something eye-opening happens.

I first read about this experiment in a social psychology class during my first semester as an undergrad at Brigham Young University, and I’ve never forgotten it. Let’s paint a quick picture of what happened in the experiment:

It’s a nice day outside, and you decide to take a little bike ride down to the local park. You arrive. The sun is shining, the grass is green, and you lock your bike up on a public rack near the park. Behind the rack now full of bikes is a blank concrete wall decorated only with a “No Graffiti” sign. You skip off happily to the park, where you enjoy the fun-loving camaraderie of the local wildlife.

After a few brief musical numbers with the sparrows, you contently return to your bicycle. You find a flyer attached to the handlebars. It’s an ad promoting a new laundromat, or a page full of irrelevant coupons, or a leaflet reminding you of the importance of voting in your local elections. You pluck the flyer from your bicycle, and then what? What do you decide to do with it?

According to the researchers who conducted the experiment (OK, I might have embellished the details a little), there’s a 33 percent chance of you deciding to simply toss the flyer to the ground. That’s called littering. It’s against the law in most places, but, chances are, you were part of the 67 percent. Good on you.

The next day is just as good as the first, but now it’s your best friend, Debbie, who decides to bike down to the park. The circumstances are as close to exactly the same as possible, except for one thing. You remember that clean concrete wall behind the bike rack? Now it’s full of graffiti, despite the “No Graffiti” sign. Debbie hardly notices. She has a great time in the park and returns to find a flyer on her bike. She plucks it from her handlebars, and then what?

According to researchers, with the simple addition of seemingly harmless graffiti in the background, your chances of littering the flyer spike from 33 percent to a whopping 69 percent.

First, littering is a big deal, but that’s beside the point right now. The principle researchers discovered is that when one norm is violated (graffiti next to a “no graffiti” sign), it’s contagious. And like most contagions, the fact that you’re catching it is totally under the radar. I doubt participants in the second scenario thought, “Hm, you know what, because of this graffiti back here, I’m going to litter.” On the contrary, it’s a subconscious reaction to your environment.

If our environmental factors are such huge influences on our behavior, standing in holy places has never been more relevant, practical, or important.

Let’s think about the movies or television you and I watch. Is there “graffiti” in the background? What form does it take? Swearing? Glorified violence? Sexual content? We often justify less-than-appropriate content by reassuring ourselves that it “doesn’t affect me.” But this social experiment should give us cause to re-examine that conclusion. Maybe these seemingly inconsequential factors are affecting us more than we thought. The fact that it affects us on a subconscious level is possibly its most dangerous attribute.

The graffiti in the background can take any number of shapes. Maybe it’s the disorderly pile of dirty dishes accumulating in the sink. Maybe it’s where you choose to hang out with your friends on Saturday night (or even who your friends are). It could even be the kind of clothes you wear.

The message of this article is not, “if you don’t do the dishes, you’re a servant of Satan.” The message is simply that our environments have a very real effect on us, whether we are aware of it or not. So when the Lord commands us to stand in Holy Places, let’s take that seriously. If we can’t avoid the graffiti on the wall, let’s do the best we can to paint over it. Because while unholy places can subtly affect us negatively, I imagine that holy places are just as capable of subtly affecting us positively. 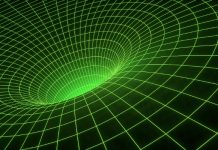