Faith How Do You Receive the Tongue of Angels? 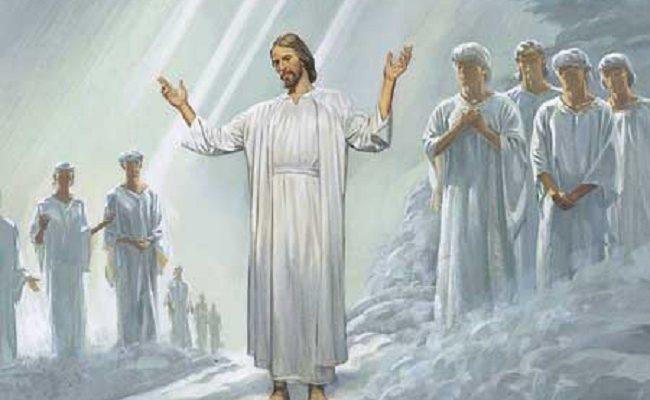 I studied French all through High School and most of college. I really wanted to speak French, but my abilities were pretty pitiful. One semester at BYU, after meeting with my professor for a speaking test, he asked me if I had ever prayed for the gift of tongues.

I had never considered doing that.

He explained that the gift of tongues is a gift of the spirit and we are supposed to seek these gifts with righteous intent. So, if I had a righteous desire to learn French, I could pray for this gift.

This idea was on my mind when General Conference rolled around a few weeks later and Elder Holland gave his beautiful talk, “The Tongue of Angels.”

What Is the Tongue of Angels?

Then tongue of angels is literally a new language, but it is not a human tongue. As Nephi explains, “Angels speak by the power of the Holy Ghost… they speak the words of Christ.”

It is a language characterized by fruits of the Spirit—love, joy, peace, longsuffering, gentleness, goodness, faith, meekness and temperance. Those who speak the tongue of angels speak about Christ, speak like Christ, and speak Christ’s words.

We don’t need to learn new vocabulary or grammar; the language of angels is more about the feel and focus of our conversations—it’s about our hearts.

It is a language that can (and should) be used in any setting—in work meetings, in disagreements, in disciplining our children, in bearing testimony, in family time, in associations with friends, in the check-out line, or in bumper-to-bumper traffic.

As James tells us, if any man becomes fluent in this language and offends not in word, the same is a perfect man, able to bridle the whole body.

I learned enough French to get by on the metro, in the pastry shops, and in simple conversations, but French never felt natural to me (or to anyone listening to me). I never became fluent so I could think and feel in French.

Likewise, we are all able to speak with the tongue of angels at least occasionally—enough to get by, but too often we still speak in a harsher tongue. As Elder Hollands reminds us,

The voice that bears profound testimony, utters fervent prayer, and sings the hymns of Zion can be the same voice that berates and criticizes, embarrasses and demeans, inflicts pain and destroys the spirit of oneself and of others in the process. “Out of the same mouth proceedeth blessing and cursing,” James grieves. “My brethren [and sisters], these things ought not so to be.”

Heavenly Father wants us to be fluent in the tongue of angels. It should be the natural language of all of our words, feelings, and thoughts.

How Do We Receive the Tongue of Angels?

The natural man, who is an enemy to God, does not speak the language of angels as his native tongue. It is a learned language.

This language isn’t made up of a specific alphabet or a set grammatical rules, so language acquisition comes in a different way than other languages.

Nephi explains that this language can only be learned by those who receive the Holy Ghost. Speaking the tongue of angels is a spiritual gift, the gift of tongues.

The Lord commands us, “Seek ye earnestly the best gifts, always remembering for what they are given; For verily I say unto you, they are given for the benefit of those who love me and keep all my commandments, and him that seeketh so to do; that all may be benefited that seek or that ask of me.”

These gifts are meant to benefit everyone who loves God and is trying to keep His commandments. Surely learning to speak the tongue of angels will have that effect as we use our words to uplift, encourage, heal, unite, and love.

To receive these gifts, God tells us that we must seek after them, and ask of Him. We should ask for this gift in prayer, but we should also seek it through study and practice. In this sense, learning the tongue of angels shares many similarities with learning other languages.

How Do We Speak with the Tongue of Angels

I remember the specific moment in France when I understood an entire French sentence for the first time without translating it to English in my mind. I never gained anything close to fluency, but the language became more and more natural. Those moments when I could freely speak or understand felt amazing, like I had become a new person.

As we begin to speak this language, it will become more and more a part of us until truly we have become new people, perfect people.