Faith When a Leader Said Something REALLY Hurtful (And How I Got Over... 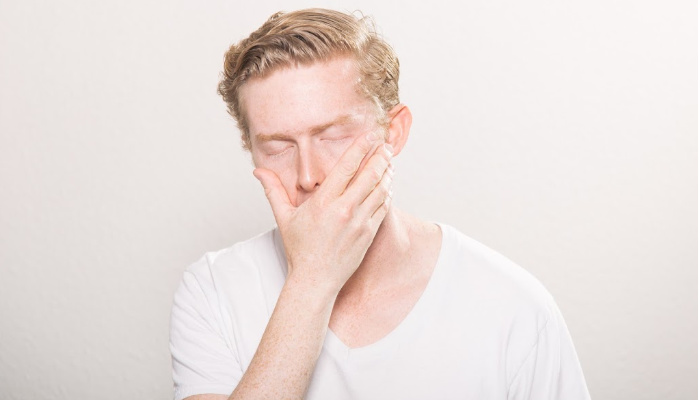 I’ve mentioned it before, but here’s a quick recap for those of you who haven’t read much of my work (intentionally, probably, because my sense of humor is so weird): when I served a mission, I struggled with significant depression for almost the first nine months.

After several transfers, my angelic mission president put me in touch with a General Authority (it wasn’t a member of the Twelve, and please don’t speculate). I remember talking with him, sobbing out my entire heart, telling him how I didn’t understand why I had wanted to serve a mission so desperately my entire life but then hated it… But his response was not what I needed.

Please don’t get me wrong: this man — a man with a holy calling, but still an imperfect man! — was a good man who was trying. He didn’t shoot me down or say anything intentionally hurtful, but his response was something along the lines of, “Well, the pioneers had to do things they didn’t want to do, so you need to buck up.” Maybe that advice would’ve worked well for someone else — someone who simply needed an attitude adjustment rather than someone who needed clinical help — but for me it was devastating. I left that conversation feeling much worse than when I entered it.

I remember feeling so shocked. I had honestly thought this man would have the solution to all of my problems; that he would be able to channel God and work some kind of miracle, curing me of my depression. But instead, I felt even more discouraged! How could someone that had a calling as a General Authority say something that made me feel this way?

It took me some time to realize it, but after a while, I realized that just because someone has a calling you respect (or even has stewardship over you) doesn’t make them perfect. I’m sure this man was trying his best to help me, but wasn’t sure how to do so. And although 99% of the time, leaders are trying their hardest to help, they are still human beings who are capable of making mistakes — and that shouldn’t shake your faith. 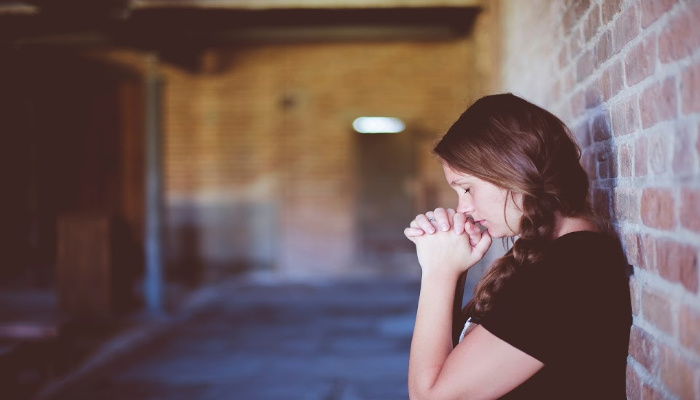 A good friend of mine shared with me a story about when he, a few decades ago, came out to his bishop. Rather than showing this vulnerable young man an increase in love, the bishop told him abruptly to change his feelings or he would become like a particular evil serial killer.

Thankfully, because of the gospel of Jesus Christ and His Atonement, we can forgive and our faith can be restored.

This same friend wrote, “This was a traumatic experience for me. There was no prayer to invite the spirit. There was no increase of love, no comfort, no encouragement. The one person who I was taught I could trust with my problems ended up not only helping me to lose trust in him, but in the priesthood altogether. I knew that what he said was not true. I knew that I could not do the things that that gruesome serial killer had done. And yet, from that time forward, I gained the feeling that I was inherently evil, with no real hope for salvation.

In the hallways of the Church I would make eye contact with the bishop and he would give me that questioning thumbs up, which I would enthusiastically shoot back, though things were never alright.

It was a very defining moment for my life, but I chose to ignore it as much as possible. I lost trust in the priesthood. I didn’t take opportunities to meet with my priesthood leaders to overcome repeated or serious behavior. I went out on a mission unworthily and about three months in, sought to go home after coming forward.

My mission president helped restore my faith in the priesthood by the love and kindness he showed me, and the support he gave me . . .

It wasn’t until I had to go through the repentance process myself that I learned to forgive that [bishop], and a few other men who were equally abusive in their roles as a spiritual leader. I had to really learn the doctrine of Christ and the application of it to learn how to forgive. I had to learn that a major part of being forgiven was to forgive others and to forgive myself. I learned that a major part of the doctrine of Christ was learning how to hear and obey the promptings of the Spirit, those personal commandments the Lord has for me each day.

I was finally able to forgive this man when I took the opportunity to forgive another priesthood holder face-to-face whom I had spent 8 years loathing. In that face-to-face conversation, I expressed how much he had hurt me with some of his misguided and ill-advised counsel and then, instead of telling him that I forgave him, I asked if he would forgive me for holding on to my anger and contempt. I needed to find healing in this moment and found the opportunity in repenting.

I have tossed around the idea of writing my former bishop a letter, or calling him, but I wonder if that would cause more harm than good. While I have found healing, I don’t think it would be beneficial to remind him of something that happened two decades ago. He’s no longer a villain. That man was an antagonist in my story for years, only because I kept writing him in as such. But if we didn’t have those antagonists, how would we ever appreciate and love the Great Protagonist of our story? Because of moments like these, I sought deeper, more intimate opportunities to come to Christ to find repose, and today I am happy, spiritually healthy, and have a love and devotion to the gospel of Jesus Christ through his Restored Church. Because of that man, I spent my life searching the scriptures for answers and learning the doctrine of Christ.“

Understanding That We All Make Mistakes 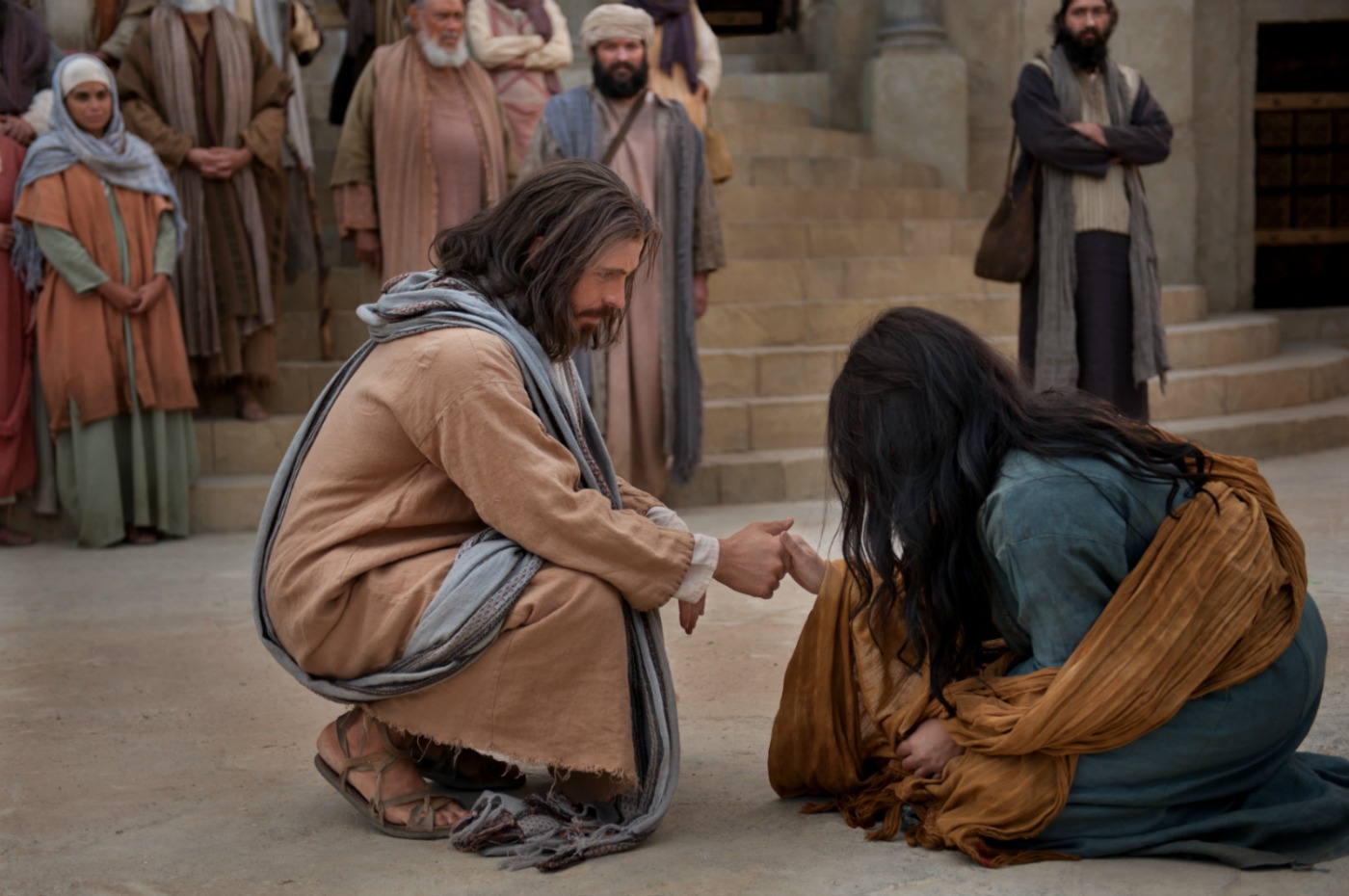 There’s no doubt that what this bishop said was highly inappropriate — but that doesn’t make him evil or horrible. It means that he was probably an otherwise good man who made a significant mistake.

One of my favorite talks of all time is “The Healing Ointment of Forgiveness” by Kevin R. Duncan. In it, he said:

“Certainly those who are less spiritually mature may indeed make serious mistakes—yet none of us should be defined only by the worst thing we have ever done. God is the perfect judge. He sees beneath the surface. He knows all and sees all (see 2 Nephi 2:24). He has said, “I, the Lord, will forgive whom I will forgive, but of you it is required to forgive all men” (D&C 64:10).”

I’m amazed by my friend’s obedience to the Lord’s commandment to forgive! He was able to forgive this bishop who said something horrible to him, and recognize that this man, although he was in a leadership position, was an imperfect human being who shouldn’t be defined by something hurtful he said nearly two decades ago.

Like my friend said, because of that negative experience with his bishop, he had to seek out deeper, more intimate experiences with the Savior. That doesn’t make what that bishop said okay (because it wasn’t), but it does mean that the Lord can take bad things and experiences and turn them around to shape us into more loving and compassionate people.

Each and every one of us is fallible. We all make mistakes, even those in leadership positions. But if we understand that we are all flawed and imperfect, even those negative experiences can be used for our good and can strengthen our faith in the healing powers of the Atonement.

In his talk “Come, Join with Us,” Elder Dieter F. Uchtdorf explained,

“And, to be perfectly frank, there have been times when members or leaders in the Church have simply made mistakes. There may have been things said or done that were not in harmony with our values, principles, or doctrine.

I suppose the Church would be perfect only if it were run by perfect beings. God is perfect, and His doctrine is pure. But He works through us—His imperfect children—and imperfect people make mistakes.

In the title page of the Book of Mormon, we read, “And now, if there are faults they are the mistakes of men; wherefore, condemn not the things of God, that ye may be found spotless at the judgment-seat of Christ.”

This is the way it has always been and will be until the perfect day when Christ Himself reigns personally upon the earth.

It is unfortunate that some have stumbled because of mistakes made by men. But in spite of this, the eternal truth of the restored gospel found in The Church of Jesus Christ of Latter-day Saints is not tarnished, diminished, or destroyed.“

If you’ve been hurt, healing is possible through the Savior, whose Church this is. Through Him, we can find peace, joy, love, and forgiveness — and even our darkest days and moments of doubt can be illuminated by the light of the Son.