Faith I’ll Go Where It’s Convenient for Me, Dear Lord 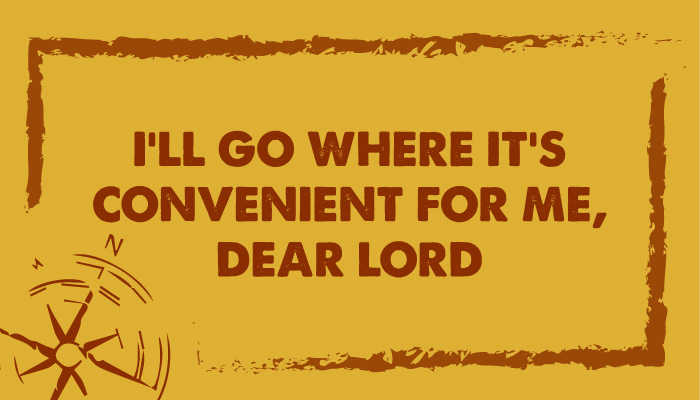 My exhausted friend was on a venting bender and I was more than happy to listen and validate her frustrations, until, that is, she started making a list of things that the Lord needed to change for her own accommodations. So, I started singing,

“I’ll say what you want me to say dear Lord, as long as it’s politically correct and doesn’t embarrass me in front of my friends.”

“That’s not what I meant and it doesn’t even rhyme.”

But I was on a roll: “I’ll be what you want me to be, Dear Lord, as long as I can be a size four and have a perfect husband and adoring kids and I’ll totally take on any hardships UNLESS it’s really, really hard and complicates my liiiiiiiiiiife.”

“Are you done?” She was no longer amused.

“Not quite, so trusting my all to thy tender care, and knowing thou lovest me, I’ll do thy will with a heart SINCERE” (this is where I really let it out), “I’ll be what you want me to be.”

“I get your point, you can stop now.”

I’m a good friend, but a terrible singer.

I wasn’t holding it against her—there have been many times I’ve knelt down to pray with a list of blessings I felt deserving of alongside a companion list of “suggestions.” Because we all know Heavenly Father has a suggestion box.

No, He really doesn’t.

In truth that song holds a deeper meaning for my family, and now when I sing it, nothing but sweet affirmations flood my head when I think of my parents’ own modern-day pioneer adventure.

I Will Go, I Will Do

In October of 2000 my father, Bill, was given a once-in-a-lifetime opportunity to work for the Commonwealth of the Northern Mariana Islands as a project manager on the islands of Tinian and Saipan. One of his projects was to manage the construction for an airport runway on Tinian, most of the prep work was clearing jungle and removing unexploded bombs and ammo that was left during WWII. A bit different from his work in the states, to say the least. 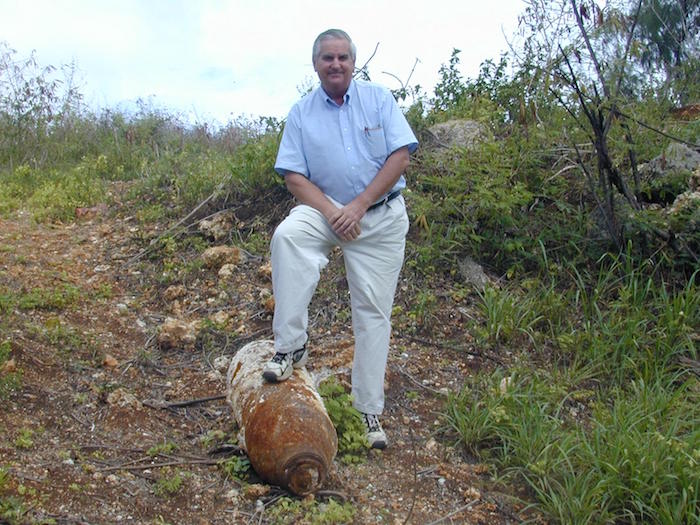 In May 2002, my mother, Karen, and the two youngest siblings, Eric and Shannon, left Portland, Oregon, to make their own journey to the island of Saipan. “I fasted, I went to the temple and prayed. One day I was reading the scriptures and came to a scripture that referred to islands of the sea. I knew what it normally meant, but the spirit pierced my heart as I read that and I knew the Lord needed me in Saipan.”

My dad was soon called as the branch president and quickly went to work going through the incomplete rolls, remodeling the chapel and serving the members. He often jokes that one of the reasons he was called as branch president was because he had a construction background and had worked on LDS buildings in the states.

It was a bit of a culture shock for my mother and siblings. Most of the islanders were desperately poor, living in one-room shacks with wood frames and floors and corrugated tin for the walls and roof that would easily wash away from the many tropical storms. 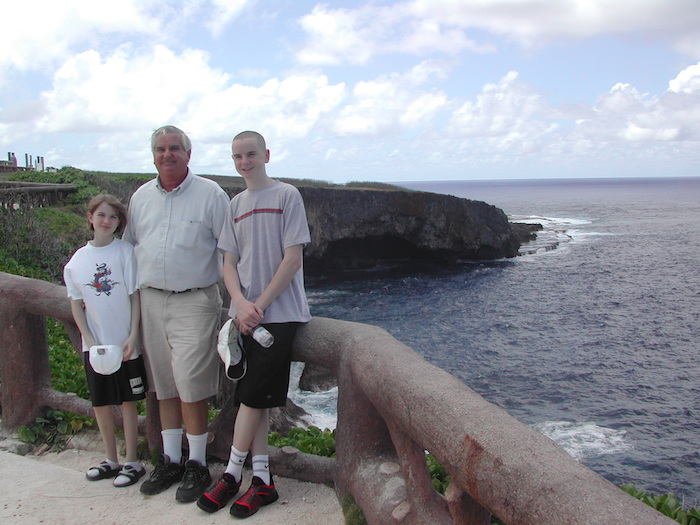 My mom shares one of her experiences: “One week, I planned a great craft activity. I was pretty new on the island and hadn’t realized some of the situations the girls were dealing with. We decorated picture frames with paint, beads and shells and put pictures of Christ hugging a teenage girl in them. I told them they could hang them on the wall or nightstand by their beds and be reminded of how much Jesus Christ and Heavenly Father loves them. It was met with blank stares from the girls.” She quickly learned that they had no place to hang the pictures or any space of their own to place them. “I felt small, humbled and extremely foolish.”

Once they understood the circumstances of their fellow brothers and sisters, my family quickly went to work to help where best they could. There was always work to be done, both temporal and spiritual.

Fast forward to February 2011: It was my first stake conference since returning back from my stint of inactivity, and Elder L. Tom Perry was speaking. As I took in the stature of this man and the legacy that he extended, my thoughts were quieted as I heard him share about his military experience on a tiny, almost-forgotten island called Saipan in 1944. I knew this island!

His day-to-day life consisted of his duties there as a marine: reviewing casualty reports coming in from the front lines. In the evenings he and his fellow LDS members spent their free time building a chapel for their meetings. I couldn’t help compare this to my own father’s dedication to the reconstruction of the current chapel; spending every night checking in and making sure everything was done properly even having work redone to bring it up to code. 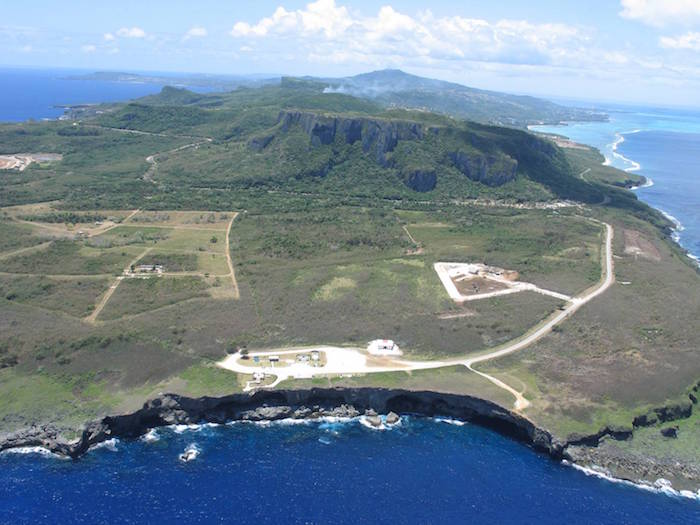 On a Sunday night the small band of members with young Elder L. Tom Perry dedicated the chapel to their Lord. The very next day their unit was sent as the initial force to occupy Nagasaki, Japan.

He spoke of his service both to his country and to the missionary work, often combining efforts of these parallel worlds to meet the same goals: to serve and protect. I felt his sweet and simple testimony that reflected many of the same feelings my own family experienced in teaching the gospel and strengthening the members. What started with a simple chapel for a handful of members sixty years ago progressed into a beautiful church building to house the Saipan Ward today. The Church is growing in the farthest reaches of the globe and no man can stop it.

But if, by a still, small voice he calls

To paths that I do not know,

I’ll answer, dear Lord, with my hand in thine:

I’ll go where you want me to go.

It wasn’t until I was listening to Elder L. Tom Perry speak of his own stewardship upon that island that I came to appreciate the full circle of my family’s faithfulness, not just as a test in obedience but a firm declaration of their willingness to progress the Lord’s work with sincerity and joy.

When I recently asked my mother of her time in Saipan she responded, “I was sitting in Relief Society a couple months back and during the lesson, out of the blue the thought came to me that my service to those women and girls was exactly what was needed and that the Lord was pleased with my efforts. I was overwhelmed with his love and gratitude! My testimony of Heavenly Father and Jesus Christ is firm and strong. He lives, He loves us more than we can understand and He wants so much for us to ask for His help in succeeding in this life. I love them so much! I honestly feel that if I hadn’t been obedient to the Lord’s will, I wouldn’t have been blessed so abundantly with faith and perseverance. As long as I’m obedient to his counsel and will, I will return to a pleased and happy Jesus Christ and Heavenly Father. Of this I am certain!”

What unexpected blessings have you experienced in your life because you followed the Lord’s plan for you?