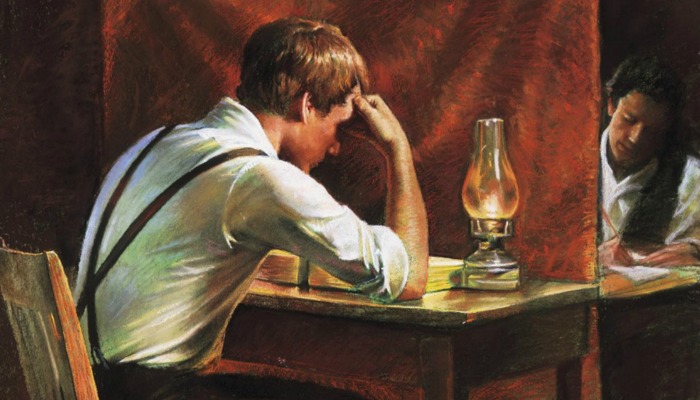 If there’s one thing we all know about Martin Harris, it’s that he was persistent. (Remember when he asked Joseph Smith if he could borrow the 116-page manuscript like a billion times? Only a slight exaggeration.) It’s unfortunate that the lost manuscript seems to overshadow all of the wonderful things he did during his life, like paying for Joseph and Emma’s move to Harmony, PA, mortgaging his farm to pay for the printing of the Book of Mormon, and acting as Joseph’s scribe for a time.

And it’s precisely that event (acting as Joseph’s scribe) that revealed another one of his characteristics. In addition to being faithful, smart, repentant, and a host of other things, Martin Harris was, if this story is any indication, kind of a trickster.

The (true) story goes like this: Martin once tricked Joseph by replacing the seer stone he used to translate to see if Joseph was as genuine as he professed to be.

How the Translation Process Worked 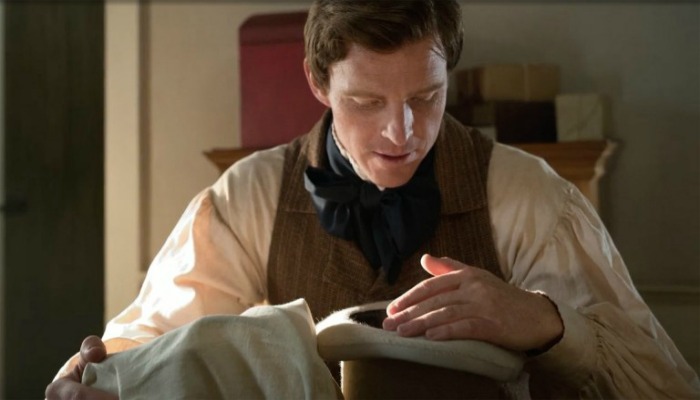 So let’s back up a minute: before I explain how Martin Harris switched the seer stone, it’s helpful to understand how the stone worked.

When Joseph Smith received the plates containing the Book of Mormon, he was able to translate them via the Urim and Thummim or seer stones (special stones “used for seeing visions and aiding translation”). To translate, “. . . Joseph placed either the interpreters or the seer stone in a hat, pressed his face into the hat to block out extraneous light, and read aloud the English words that appeared on the instrument. The process as described brings to mind a passage from the Book of Mormon that speaks of God preparing ‘a stone, which shall shine forth in darkness unto light.'”

New Witnesses for God, Vol. 2 by B.H. Roberts further expounds on the process of translation. Roberts recorded an account given by Martin Harris about how the translation worked:

“By aid of the Seer Stone, sentences would appear and were read by the Prophet and written by Martin, and when finished he would say “written,” and if correctly written, that sentence would disappear and another appear in its place, but if not written correctly it remained until corrected, so that the translation was just as it was engraved on the plates, precisely in the language then used.”

When Martin Harris was acting as scribe, Joseph needed those stones to translate. So naturally, Martin switched them out.

B.H. Roberts further wrote that, according to Martin Harris, when Martin and Joseph grew “weary” and needed a break from translating, they would go out and skip rocks on a nearby river. It was at this river that Martin found a stone closely resembling the one Joseph used during translation.

Martin secretly pocketed the stone and later switched it out with the seer stone Joseph had been using to translate. If Joseph was truly a prophet — and his seer stone was really a holy instrument — this decoy stone wouldn’t work when Joseph attempted to translate.

Roberts wrote, “. . . on resuming their labors of translation Martin put in place [of the Seer Stone] the stone that he had found. He said that the Prophet remained silent unusually long and intently gaining in darkness, no trace of the usual sentence appearing. Much surprised Joseph exclaimed: “Martin! What is the matter? All is as dark as Egypt.” Martin’s countenance betrayed him, and the Prophet asked Martin why he had done so. Martin said, to stop the mouths of fools, who had told him that the Prophet had learned those sentences and was merely repeating them.”

What an awkward conversation that must have been. “Martin, did you switch the stone?” “Uh…. Yes. My bad.” That’s probably verbatim.

Martin must have understood with surety that day the same lesson he was to learn over and over throughout his association with the prophet: that Joseph Smith was truly called of God to be His mouthpiece and to restore His Church on the earth once more.