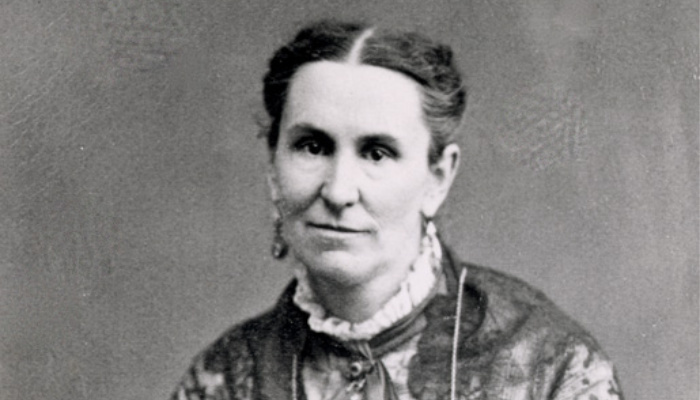 I’m not a fan of polygamy. Not. A. Fan. The problem is, I sincerely believe The Church of Jesus Christ of Latter-day Saints is Christ’s restored church. And because I believe that, I feel the need to come to terms with the Church’s history of plural marriage. It’s Joseph Smith’s marriages, specifically, that tend to be under the microscope nowadays. Particularly, his marriage to a 14-year-old Helen Mar Kimball. So, let’s talk about it.

The internet rages with accusations of pedophilia and worse. But much of the controversy surrounding Helen’s sealing to Joseph could be dispelled by a few important points of context. Here are just 5 of them:

1. Our concern over her age is a case of presentism

Presentism occurs when we look at something from history and judge it based on our modern culture and understanding. In this, the 21st century, the thought of a grown man marrying a 14-year-old girl is outrageous. In Joseph’s time, while it may have been less common, it wasn’t nearly as big a deal.

For example, none of the early anti-Latter-day Saint literature that I’m familiar with (I’ve checked up through about 1945) complains at all about Helen’s age. Isn’t it strange that these authors, so eager to knock Joseph Smith out of the park, don’t take a swing at such a scandal? Or … maybe it just wasn’t such a big deal, after all.

My favorite Quora author, an anthropologist named Manu Padro, is quick to give context to the culture of Joseph Smith’s era. He points out the hypocrisy of the modern accusations of pedophilia against Joseph Smith while famous people like Thomas Jefferson (who had a relationship and children with his 14-year-old slave, Sally Heming), for example, gets a free pass simply because modern public opinion looks upon him favorably. In Jefferson’s era, his relationship with Sally was met with opposition, but it was because of her race. Again, age was not an issue.

While [Joseph Smith’s] unconventional sex-life certainly inspired public scandal and outrage, I can’t say that I’ve seen any evidence that would cause me to conclude that the age of teenage brides was ever a concern for 19th Century Americans. Joseph Smith was to them, an outsider and a heretic. The real fuel to the scandals was heresy. Sexual impropriety was just a tool to punish that heresy. The age of his teenage brides seems to have not been considered a form of sexual impropriety by his many enemies.

I’m not saying we need to be happy about Joseph’s marriage to Helen or any of his other wives. As I’ve made very clear in other publications, I have plenty of questions about polygamy. What I am saying, though, is that Helen’s age isn’t as big a deal as our modern sensibilities would have us believe. Beware of presentism.

2. The other end of the spectrum

Yes, Joseph was sealed to many young girls. He was also sealed to many older women. Two of them (Fanny Young and Rhoda Richards) were in their late fifties when they were sealed to Joseph. Joseph would have been 37 at the time. One source did the math and found that the average age of Joseph Smith’s wives would have been 29 years old. So if someone tells you that Joseph Smith was a cradle robber, you can tell them he was also apparently a grave robber.

Related: Polygamy in the next life

3. It was her father’s idea

Fourteen year-old Helen Mar Kimball is often hoisted up by critics as evidence of Joseph Smith’s inappropriate advances towards young girls. But what they often omit is that Helen’s marriage to Joseph Smith wasn’t Joseph’s idea at all.

Not to point fingers or anything, but the idea came from her father: Heber C. Kimball. I actually find that quite comforting. According to Helen herself,

He [Heber] taught me the principle of Celestial marriage and having a great desire to be connected with the Prophet, Joseph, he offered me to him.

Helen says several times that her father took the initiative to arrange the marriage and very possibly he did so with a view to committing her to the Prophet before her budding social life produced a choice or a proposal [from someone else].

4. She continued to live at home

After Helen’s sealing to Joseph, Helen continued to live at her parents’ home. In fact, there seems to be no evidence that Helen ever lived with Joseph at all before Joseph was killed in 1844. Helen was sealed to Joseph only 13 months before his death in June of 1844.

5. There’s no clear evidence of intimacy

The marriage between Joseph and Helen may or may not have been consummated. We simply don’t know. Helen never tells us, nor should she feel obligated to. Some critics interpret some of Helen’s words to suggest intimacy, while others (even other critics) do not. One notable critic even said,

Helen Kimball’s sealing to Joseph Smith was a spiritual one unlike other wives who had sexual relations with the Prophet.

The fact that Helen was not called upon to appear in court during the Temple Lot case is considered by many to be further evidence that their marriage was not consummated. It’s a longer story than I have room for here, but you can read more about it at this link: Was Helen Mar Kimball’s plural marriage to Joseph Smith consummated?

It may also interest the reader to know that under Brigham Young’s presidency in Utah, polygamous men were told to wait to consummate marriages to younger brides until they were at least 18 years old. Whether or not Joseph also lived by this policy is open to speculation.

Yes, Joseph married a 14-year-old. It sounds bad. But the facts are these: In Joseph’s day, nobody cared that she was 14. Joseph also married women much older than him. It wasn’t Joseph’s idea to marry Helen, it was her father’s. Even after the sealing, Helen continued to live at her parents’ home for the remainder of Joseph’s earthly life. And while information about intimacy in their marriage is lacking and inconclusive, there’s plenty of reason to believe it simply did not exist. Helen was convinced,

If Joseph had had any impure desires he could have gratified them in the style of the world with less danger of his life or his character, than to do as he did. The Lord commanded him to teach & to practice that principle.

After Joseph’s death, Helen married Horace Whitney at the age of 17 (1846). They traveled to Utah with their fellow saints and had 11 children together. Six lived to maturity. Horace also practiced plural marriage. This was understandably difficult for Helen, but she had a testimony of the practice. Helen wrote a book defending plural marriage, and died in 1896 a faithful Latter-day Saint.