Faith Joseph Smith Unpopular Opinion: “Praise to the Man” Needs to Go (There, I Said... 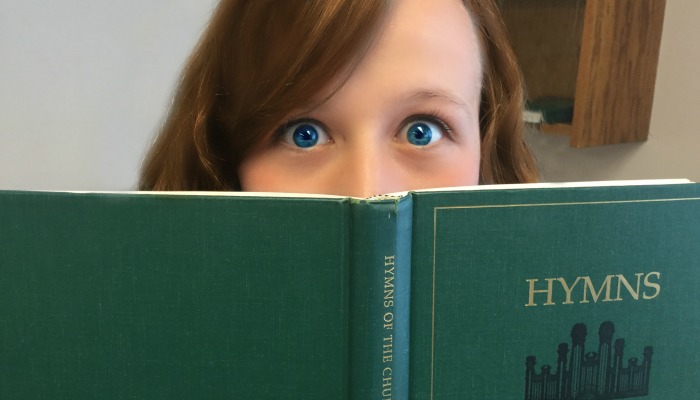 Before you charge at me with your torch and pitchforks, please just take a moment, read this article, and try to understand where this opinion about the popular hymn, “Praise to the Man” is coming from, even if you still disagree with it by the end. 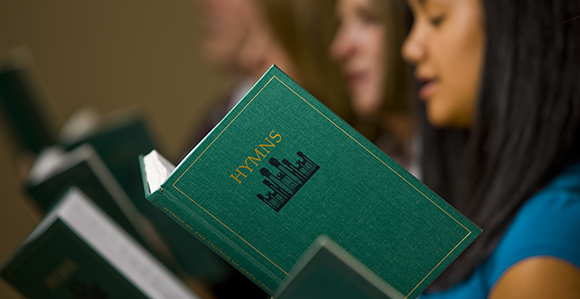 But before I get into my reasons, I want you to know that I love this hymn just as much as the next Latter-day Saint! It’s undeniably powerful. I oftentimes feel the Spirit when I sing it (and maybe that’s evidence enough that it’s OK!). It’s undoubtedly one of the more rousing hymns that are available to us during our Sunday worship. This is bound to be a polarizing opinion piece, but don’t misunderstand, I’m not out picketing against “Praise to the Man” on the corner of Temple Square. In fact, I’m totally open to having my mind changed on this. But as of right now, I think the cost/benefit analysis is not in favor of “Praise to the Man.” Seeing it go would truly be bittersweet, but here’s why I think it’d be a good thing:

“Who cares what people think about us?” Well, I do. And I’m sure the Public Affairs Department of the Church cares. Of course we want to clear up misconceptions about the Church and show people who we really are. We want to bust the stereotypes. It’s why we purchased ad space in the playbill of The Book of Mormon musical. It’s why the Church spent millions of dollars on the “I’m a Mormon” campaign.

Here’s a HUGE stereotype: Many people outside of our faith believe The Church of Jesus Christ of Latter-day Saints is a cult. Our cult leader: Joseph Smith. It’s an incredibly unfortunate misunderstanding, but it’s one that “Praise to the Man” definitely propagates.

While Joseph Smith certainly deserves our gratitude and respect for the enormous role he played in the Restoration, we need to be careful. We need to have tact. Take a look at some of these lyrics and try to put yourself in the shoes of a first-time visitor to one of our Sunday meetings. Imagine that all they’ve heard about “the Mormons” is that they’re a religiously radical cult. You sit down in sacrament meeting and we start singing a hymn about our prophetic mouthpiece of God, Joseph Smith:

If this doesn’t portray an attitude of worship, what does? “Praise to the Man” does little to dispel the idea that we’re a Joseph Smith-centered cult. Of course we shouldn’t be ashamed of our gratitude for Joseph Smith, but when people confuse our gratitude with worship, there’s a problem.

Additionally, we make a concerted effort in our faith to emphasize that even though the Father, Christ, and the Holy Ghost are three separate beings, they’re one single united Godhead. The plural “s” attached to “Mingling with Gods” doesn’t exactly help on that front, but that’s another story. I can shrug that one off for now.

The purpose of sacrament meeting 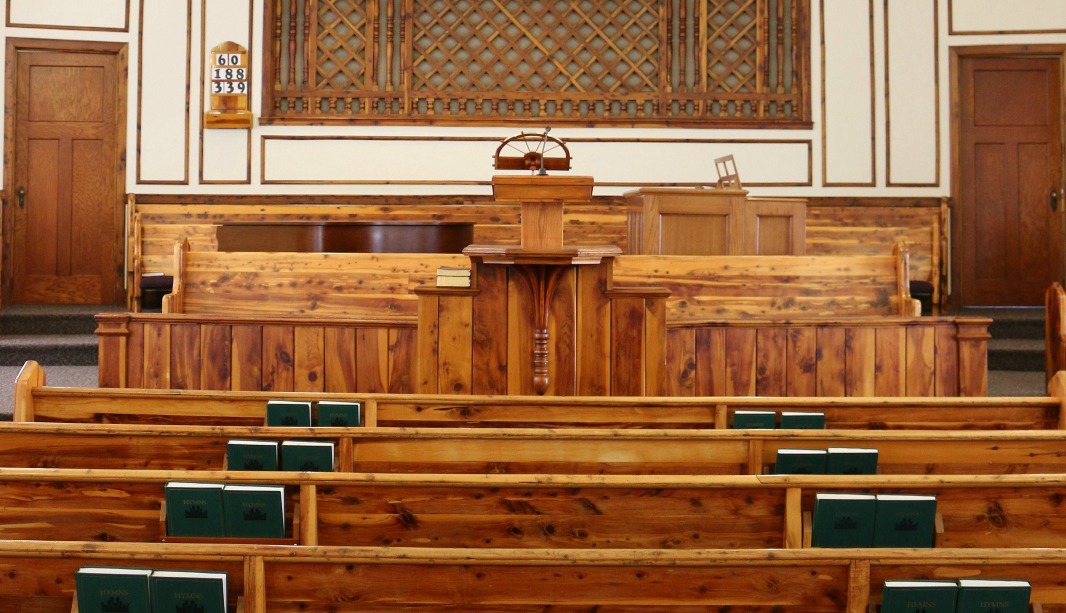 The ordinance of the sacrament makes the sacrament meeting the most sacred and important meeting in the Church. It is the only Sabbath meeting the entire family can attend together. Its content in addition to the sacrament should always be planned and presented to focus our attention on the Atonement and teachings of the Lord Jesus Christ.

We belong to a church that doesn’t even place artwork in our chapels because we don’t want the images to distract from the focus of our meeting: Jesus Christ. Why is it that we’re so willing to sing (vigorously) literal praises to someone other than Christ in those same chapels?

Again, gratitude towards our prophets is fine, but when we put Joseph Smith on the same level as God (he’s mingling with Gods, right?), then we’ve taken things just a tad too far. We would do well to remember the words of the Book of Mormon prophet and king, Benjamin, to his people:

And I, even I, whom ye call your king, am no better than ye yourselves are; for I am also of the dust.

“Praise to the man” is doctrinally suspect

I’m admitting right now that this is probably the weakest argument against “Praise to the Man” that you’ll see in this article, but it’s worth mentioning. Back in 1994, Elder Dallin H. Oaks taught,

The singing of hymns is one of the best ways to learn the doctrine of the restored gospel.

That’s certainly true, and song is a marvelous tool to help us learn. And what could be more important than learning doctrine? That said, is the doctrine expressed in “Praise to the Man” accurate? Each verse is generally fine, but I get hung up on the chorus we sing four times:

Hail to the Prophet, ascended to heaven!
Traitors and tyrants now fight him in vain.
Mingling with Gods, he can plan for his brethren;

I’m just being nit-picky here, I fully admit that, but these underlined phrases raise doctrinal questions. First, the chorus claims that Joseph Smith has ascended to Heaven, but our doctrines clearly teach that after we die we go to the Spirit World.

I could easily give this line a Get Out of Jail Free card and say that “ascended to heaven” simply means, “ascended to Spirit Paradise.” But then the hymn hits us with the next underlined segment that makes this interpretation hard to reconcile: 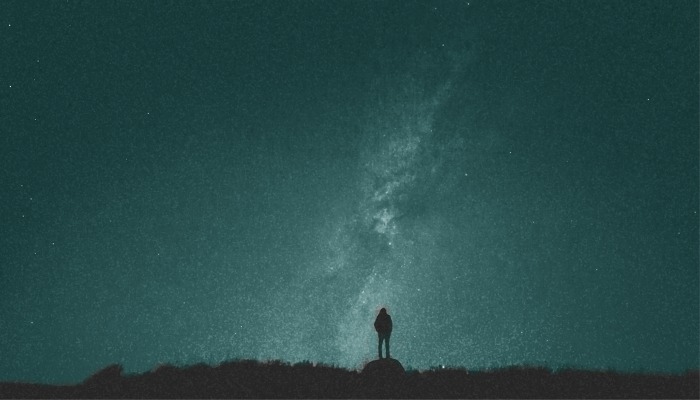 As far as I know, we do not believe God the Father and Jesus Christ reside in the Spirit World. So if Joseph is mingling with them, are we to believe that Joseph Smith is in the Celestial Kingdom? If that’s true, does that imply he must be a resurrected or translated being? I’m fairly certain we don’t teach that, either.

This point is especially poignant for me. As a deacon I distinctly remember giving a talk in sacrament meeting about Joseph Smith. I remember part of my testimony at the end: “I know Joseph Smith is in the Celestial Kingdom…” This line remains burned into my mind because of the correction I received later that day from my father. Something along the lines of, “by the way, Joseph isn’t in the Celestial Kingdom yet. He’s in the Spirit World.” I was embarrassed to have testified of false doctrine. Yet, we sing it every time we open up to hymn #27, don’t we?

There are several different definitions for the word mingle in Webster’s 1828 dictionary. One of them is: “To mix; to blend; to unite in one body.”

Well, that’s an interesting definition. Are we uniting Joseph Smith with the godhead? Are we putting them all on the same level? I certainly hope not.

Could these lyrics just be a product of poetic license that we shouldn’t take literally? I sure hope so, but like artistic license in paintings of events Church history, the confusion that results is very real, and isn’t worth the trouble of traversing, in my opinion.

What exactly do we mean when we sing that Joseph Smith has ascended to heaven and is mingling with Gods? Your guess is as good as mine. But while doctrinal questionability is important, if it were the only argument against the hymn I could probably overlook it.

Joseph Smith? Excellent guy. Prophet of God. If I died today and came face to face with Joseph, I’d give him a solid hug, thank him for his service, ask him what the whole polygamy thing was all about, and maybe challenge him to a game of stick-pull just for fun.

But just like you, me, and King Benjamin, Joseph Smith is of the dust.

One of the great stumbling-blocks of the Church today is our struggle to understand what a prophet is and what a prophet is not. Surely prophets are great men, but when we raise our children singing songs of praise for individual prophets, we’re setting these sprouting testimonies up for serious challenges in the future. What happens when they learn about Joseph’s mistakes? His humanity? Certainly we don’t want to replace “Praise to the Man” with “Complaints About the Man,” but we should be careful not to hyperbolize the prophetic role. Many antagonists of the Church demonize our prophets, but many Latter-day Saints do the complete opposite and almost deify our prophets. Both perceptions are incorrect. And sometimes the demonization comes as a result of when deification irreconcilably clashes with humanity. We can avoid this.

I do not think there have been many good men on the earth since the days of Adam; but there was one good man and his name was Jesus. Many persons think a prophet must be a great deal better than anybody else … I do not want you to think that I am very righteous, for I am not. 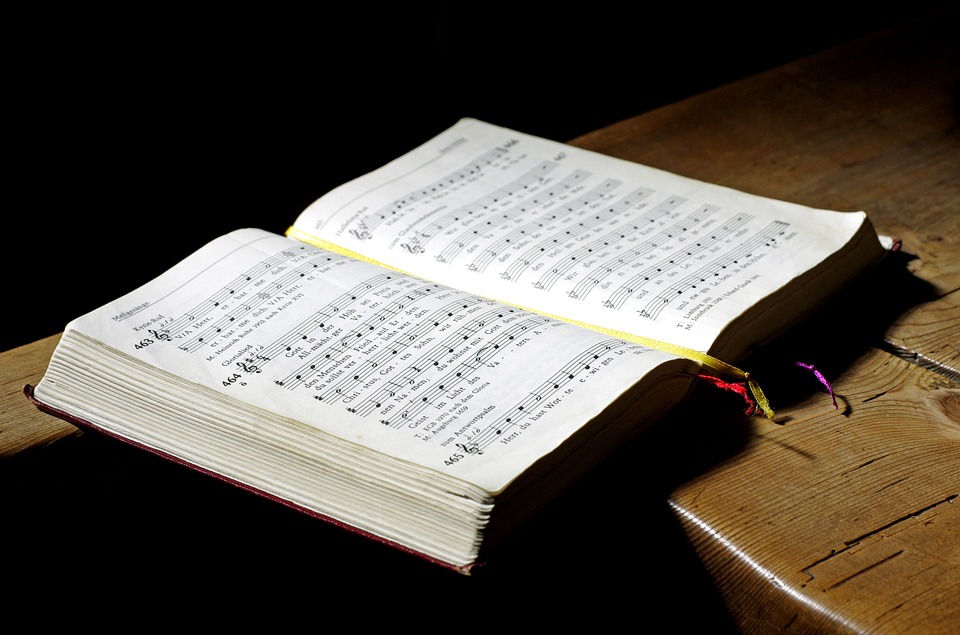 So, why do I think “Praise to the Man” should be dropped from the hymnal? It makes us look like a cult. Praising Joseph in an environment where the goal is to praise Christ is inappropriate, and promotes a misleading image of what a prophet is. And it’s doctrinally suspect.

When the Latter-day saint Hymn book was compiled in 1927, in order to
be in harmony with the ‘good neighbor’ policy of the Church and nation,
the second line was changed…

There’s definitely a precedent for changing lyrics. I’d be fine with fixing the doctrinal issues and toning down the rhetoric of the hymn with a few small changes.

The historical context behind this hymn is beautiful and touching. It’s a wonderful story of forgiveness and brotherhood. I fully understand that this is simply a hymn of gratitude for a prophet of the Restoration. You and I both know we do not worship Joseph Smith, but really, what image are we portraying? If it’s not one of unquestionable praise, devotion, and worship for Heavenly Father and Jesus Christ, we’re doing something wrong.

And while we’re at it, let’s ditch “In Our Lovely Deseret,” too.