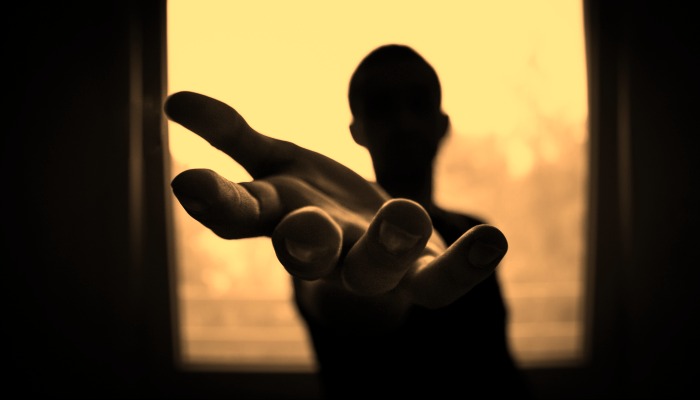 Not many members of The Church of Jesus Christ of Latter-day Saints get the chance to see a modern apostle in real life, let alone shake hands with one. I’ve been lucky enough to have both experiences.

I recently sat a few tables away from President Uchtdorf at the Cheesecake Factory in downtown Salt Lake City. I sat a couple of boxes away from Elder Bednar at a baseball game a couple of months ago. I’ve been to General Conference nearly a dozen times. I shook Elder Christofferson’s hand once while he was a member of the Quorum of the Seventy and once as an apostle. I shook Elder Renlund’s hand while working in Public Affairs when he and a few other general authorities paid Tonga a weekend visit earlier this year.

Each time I came in close contact and shook an apostle’s hand I felt the same thing:

Yeah, nothing. It was exciting to see role models and exciting to be in the presence of such valiant men of God. I’ve always felt a great respect for them and the mantle they carry, but when I shook hands with them nothing crazy happened.

DISCLAIMER: While I still have your attention, I will say that just because I don’t feel much doesn’t mean others haven’t, can’t or won’t. I’m sure some people have had marvelous, even miraculous experiences shaking hands with apostles. Heck, one woman in the Bible had enough faith to be healed by merely touching the Savior’s clothes. This is purely my experience and what it means to me.

What I was expecting

I guess I thought that I would have some profound spiritual awakening or deeply personal revelation when I touched their hand. I half expected a shock wave of the Spirit to rush over me, bringing me to my knees. I thought I would receive a soul-shattering witness from the Holy Ghost that this man was indeed an apostle of the Lord, Jesus Christ. Nope; Just saying hi to David and Dale.

They’re great men, don’t get me wrong. But they are men. As it turns out, mortals are the only beings God has to work with on this side of the veil. And as Elder Jeffrey R. Holland said, “That must be terribly frustrating to Him, but He deals with it. So should we. And when you see imperfection, remember that the limitation is not in the divinity of the work.” I echo that statement, not that you needed any more authority than his.

D. Todd Christofferson was visiting my stake and saying hi to members outside the building on the lawn. Dale G. Renlund had just gotten off of the plane in Tonga and was loading into the caravan of authorities headed to the hotel. Great men, inspired men, Christ-like men, but men, with hands just like anyone else’s.

The fact that I wasn’t overcome with the Spirit when I shook hands with the apostles in no way invalidates or diminishes their power and authority as apostles of God. My testimony is not shaken because they didn’t zap me like Nephi almost did to Laman and Lemuel.

These men are not superheroes, and we would do well to internalize that before we’re disappointed by reality.

As children in the Church we sing dramatic songs like Follow the Prophet and listen to daring tales of Samuel the Lamanite and Ammon the arm-cutter-offer. We hear such epic stories from history and then expect modern apostles to behave with equal sparkle all the time. When they don’t, some people become disenchanted with the Church. Of course, apostles can work miracles, but in modern times it’s rarely necessary for them to lead legions into battle or to part the Red Sea.

But guess what? I’d be willing to bet that if I had the opportunity to shake Samuel the Lamanite’s hand, or Ammon’s hand, or Moroni’s hand, or Moses’ hand, or Joseph Smith’s hand, I would feel the same thing that I felt when I shook Elder Renlund and Elder Christofferson’s hand—nothing.

This isn’t an article about how apostles and prophets fail to meet member expectations or how they’re “not as good as everyone thinks.” This is an article about accepting that the leaders of this church are called of God, but they’re also human.

They can make mistakes. They feel pain like you and I. They get nervous and excited and sick and bored and overjoyed just like us.

The miraculous feeling comes when you practice their teachings, not shake their hands

If you want to feel an apostle’s true power, practice what he preaches. Revisit their latest General Conference talks and pour over their words. In each of their talks you’ll find promised blessings for obedience to certain commandments or counsel. Try it out. Put their words to the test.