Faith When General Authorities Surprise Us 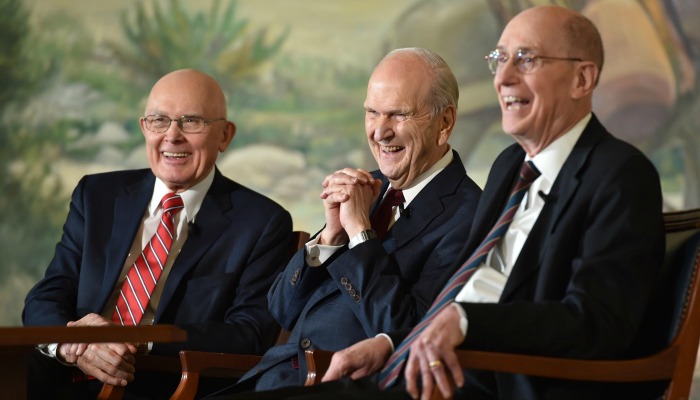 Real Talk: There are some General Conference speakers I personally connect with more than others. President Eyring is my absolute favorite speaker. Elder Maxwell welcomed then Elder Eyring into the Quorum of the Twelve Apostles by describing him as a “special blend of brightness and sweetness.” I completely agree. President Eyring connects to both my mind and my heart when he speaks. It’s powerful. 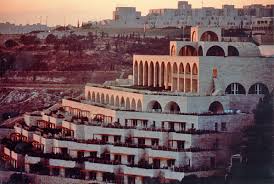 I admire all speakers at Conference, but sometimes when I hear them speak their style is so formal that it’s hard to connect with them personally. President Oaks was one of those whom I long admired for his vast scriptural and doctrinal knowledge, but with whom I could feel no personal connection. That is, until he came to the Jerusalem Center during my study abroad.

For weeks, there was a huge amount of build-up for our “special guest speaker.” We knew it couldn’t be Elder Holland; he had just come the semester before. We all made guesses and shots in the dark, but none of us really knew who it could be. When Elder Oaks arrived, we all greeted him with surprise and love.

I got to sing a small musical number about 10 feet away from him. I got to listen to his lovely wife speak. I got to hear him speak from the heart, unscripted. I got to receive an Apostle of the Lord’s personal advice and revelation for a handful of college students. I got to shake his hand and get a good look into his eyes. He was compassionate, funny, and nuanced. This Elder Oaks felt so different from the one I heard from in Conference. Hearing him speak in Jerusalem completely humanized him for me.

Jana Riess had a similar experience when President Nelson, recently ordained Prophet, surprised LDS members in the Oakland area last Sunday. Jana Riess is an author, PhD in American Religious studies, and senior columnist at Religion News Service. She happened to be visiting in Oakland that week to give a speech about Mormon Millennials. 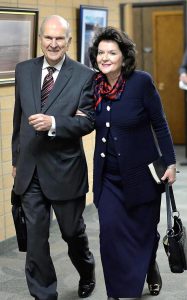 By coincidence, her speech was given the night before in the exact building President Nelson visited.

According to Jana’s article, “Stake leaders apparently weren’t permitted to put the word out about Pres. Nelson’s visit until that morning…it felt like any other stake conference in The Church of Jesus Christ of Latter-day Saints.” However, a few elements struck Jana as being different than usual church meetings.

First, more women spoke than men. The first speaker was a young woman who demonstrated great awareness and love for people around her. The second was a young, divorced mom who spoke with authenticity and faith.

He also vulnerably exposed a “very human regret,” which Jana shared in her article. President Nelson said of his grandmother, “Not once did I ever quiz her about her life as a convert and as a pioneer. I loved her raisin-filled cookies, so every trip to Grandmother’s was one of greed, really. I wish I could do that over. If you’ve got grandparents still alive, talk to them. Take some notes.” Another humanizing element was that he “bragged on his grandkids,” as any grandpa would.

Jana concludes, “I have to say that I much prefer this President Nelson to the one I’ve seen at General Conference. Here was a man in his element, obviously gifted in interpersonal relationships, with a striking sense of humor I’ve not seen before.” I was surprised that someone else felt the same way I did about listening to General Authorities outside of Conference.

And we’re not the only ones.

My dad is not a member of the LDS Church. When my parents were together, my mom would occasionally drag my dad to various Mormon functions. My dad was always willing to go and support her. He still does the same for my siblings and I. 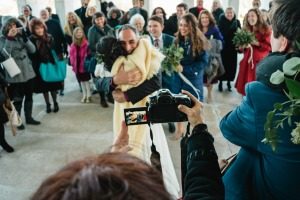 Every week on my mission, my dad’s email was the first one in my inbox. When I came out of the temple after my sealing to my husband, my dad was the first one who hugged me. He definitely wins the coolest-dad-of-a-Mormon-girl award.

Anyway, when I was a kid, my mom took my dad to the adult session of stake conference. I can’t remember who spoke, but I remember an Apostle spoke at this meeting. His casual style, humor, and nuance completely surprised my dad. He loved how human this leader seemed, as compared to what he heard when he watched Conference with us. He loved the “unplugged” apostle, as Jana described President Nelson.

So, all of our observations leave us with a question. If all of us connect more with the unplugged version of our leaders, then why are their personalities so different in General Conference?

I have to recognize that leading a worldwide church can’t be easy. One slip of the tongue over the podium could confuse and mislead people listening. It could take years to rectify damage of one doctrinal untruth taught in General Conference. Since audience members can and will take any quote a General Authority says as scripture, all messages must be clear and universal. It makes sense that messages addressed to a worldwide audience need to be painstakingly direct.

In order to ensure clarity and universality, General Authorities go through a long process of writing and revising their Conference talks. Elder Oaks told MormonChannel, “I’ve never given a talk in general conference where I had less than eight distinct drafts. I’ve had as many as 15.” With that many revisions, it only logically follows that humor, looseness, and nuance could easily get lost.

Further, it is not a General Authority’s purpose to entertain. If we’re looking for humor or fun first and then spiritual learning (as I often do), we may leave the meeting feeling unsatisfied, regardless of the setting. That being said, I don’t think it’s necessarily harmful to look for the human elements of General Authorities. When we see them come to the podium, I think it’s okay to think about their personalities, and about their real interpersonal relationships with their spouses, children, and grandchildren. But I hope that when I see them I think mostly about their relationship with Jesus Christ.

Last, it is much easier to be candid when you know exactly whom you are addressing. General Conference broadcasts to the entire world. Such a large platform simply won’t allow for anything less than doctrine that is planned, revised, and recited. Anyone from a lifelong member of the Church, to a young child paying attention to Conference for the first time, to a father of LDS kids, to world leaders, to reporters has access to General Conference.

Exploring these possible reasons of why General Authorities’ personalities are so different in Conference has made me grateful for their time, preparation, and wisdom. I also feel grateful that we do occasionally have opportunities to hear “unplugged” versions of our favorite speakers.

Since my experience with Elder Oaks in Jerusalem, I began viewing all General Authorities in a slightly different light. They are all scriptorians, scholars, and chosen men of God. They are also lovingly human. They are both all of the time, but they don’t have a duty to present their most human sides to us all of the time. Ultimately, their duty is to present God’s words to us in the clearest possible way. When we get them in a smaller setting, that’s just a little bonus for us, to help deepen our faith in them as General Authorities and in them as people.