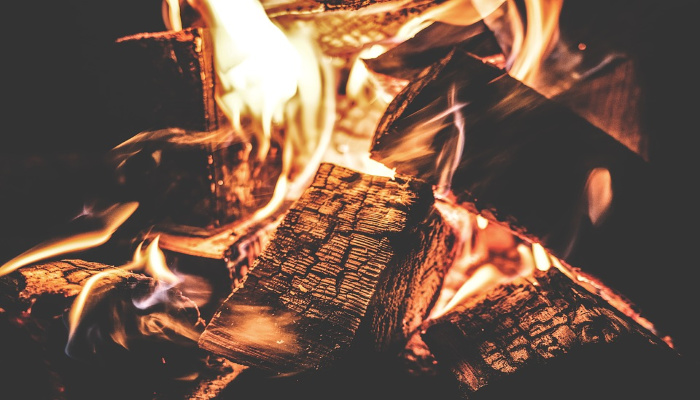 Summertime is nearly here. For members of the Church, that means that the youth are about to go camping. For as long as anyone can remember, camping has been a part of being 12-18 years old in the Church. The format is usually pretty standard: two to five days of bad food, terrible weather, capture the flag, salmonella, and the bishopric’s devotional night (spoiler alert, they want the youth to make good friends and prepare for missions).

Going camping can be fun and even insightful, but it has too often become what I call “milkshake camping.” This term comes from a camping trip I went on when I was 14. Our quorum drove out to a sizeable lake. After setting up our tents we didn’t go fishing or build a fire. We didn’t go canoeing or hiking either. We drove ten minutes to Wendy’s to get ice cream. That kind of camping trip is memorable for all the wrong reasons. What if instead of milkshake camping we “took our journey into the wilderness”? Consider including these three activities in your youth conference or other camp’s itinerary.

Fire is hugely symbolic in the scriptures. It denotes cleansing, revelation, and is used to describe heaven. Fire also takes a prominent role in the story that provides us with the inspiration for the first activity to try at our next youth camp.

You’ll recall that Nephi and his family were called to leave their homes and journey toward the promised land. During most of their journey, the Lord commanded them not to make fire for purposes that aren’t explicitly stated. When it did become necessary to kindle a flame Nephi accomplishes this in the most primitive of ways, a little elbow grease, and two rocks.

Compared to what Nephi did, most modern campfires are an abomination. Lighter fluid, whole newspapers, and books of matches have gone into starting too many campfires. This summer when our youth make campfires, let’s challenge them and commit to doing things the hard way.

Despite its modern rarity, primitive fire making has been one of the most common skills throughout the history of the human race. The scriptural inspiration for our next camp activity depicts something far less common, in fact, I think it has only been done once.

“And Moses lifted up his hand, and with his rod he smote the rock twice: and the water came out abundantly, and the congregation drank, and their beasts also” (Numbers 20:11).

This story is a little more controversial because it’s hard to tell if it was a good thing that Israel was getting miraculous water. Either way, water is needed to sustain life and holds just as much symbolic meaning in the scriptures as fire. The Savior compares His life and word to a spring of water that will eliminate future thirst. Water is the counterpart to the baptism of fire and is used to symbolize death and resurrection.

Water is going to play a part in every camping trip. You can only bring so much with you, which means that at some point you will need to resupply. Hitting rocks is not necessarily recommended to accomplish this. Something more practical like finding a stream and boiling the water you gather teaches patience and gratitude. The tap at home will never have seemed so good.

President Monson was fond of quoting “Alice in Wonderland.” He used the instance of Alice and the Cheshire Cat to help impress the need to know where we are going. Determining our destination is one thing, but figuring out the way to get there is another matter entirely. Nephi’s record provides us with another activity that will instruct and stretch the youth.

“And it came to pass that as my father arose in the morning, and went forth to the tent door, to his great astonishment he beheld upon the ground a round ball of curious workmanship; and it was of fine brass. And within the ball were two spindles; and the one pointed the way whither we should go into the wilderness” (1 Nephi 16: 10).

Named the Liahona, the “round ball” directed Nephi and his family in the wilderness. It continued to serve them as they took their voyage to the sea. It only functioned when the traveling group was worthy of and sought the Spirit. Putting the youth through an orienteering course lets them have the experience of figuring out how to get where they want to go.

It doesn’t need to be extensive, but it should be based around navigating from something like a base camp to a distant unknown location. The most challenging method for this kind of activity would be to use a map and compass. Don’t feel bad though if you give in to smart-alec deacons who make the case that a modern GPS is more analogous to the Liahona as it automatically points in the correct location.

The skills learned and memories made making primitive fires, procuring water, and orienteering are valuable even outside the context of an official church activity. Beyond the general benefit, there is a special blessing to members of the Church when they loosely imitate scriptural stories. They put themselves in a situation for Spiritual learning.

Full-time missionaries gain a better appreciation for Paul, Ammon, or Parley Pratt, as they do what they did and share the gospel. For whatever reason being in similar situations lends itself to deeper understanding. The challenge to make a fire with a rock might illuminate Nephi’s commitment to keeping the commandments of the Lord. Understanding the need for water may make it easier to realize how dependent we really are on the Lord. Walking the razor’s edge of being lost and getting where we are going could make the need for constant prayer much more evident.

The question is whether or not the youth will respond well to doing these types of things. They are challenging and don’t involve Snapchat or Fortnite. Even if it is difficult it might just be worth a shot. If it is combined with solid practical and spiritual teaching, they just may understand something spiritual that they never before supposed.