Faith LDS Church Leadership The Quorum of the Twelve Before They Were Called: D. Todd Christofferson

D. Todd Christofferson serves as an apostle in the Quorum of the Twelve for the Church of Jesus Christ of Latter-day Saints. But did you know that he was the law clerk to John J. Sirica at the time this federal judge presided over the Watergate trials? (“D. Todd Christofferson”). In this biography of D. Todd Chrisofferson, read about his early years and the influence prayer has had in his life.

When Todd was only 5 or 6 years old, he lived near a grocery store. One day, he walked over to the store with two other boys. They went to the candy section and stared at the delicious chocolate bars. Then, one of the boys pilfered a bar, shoving it in his pocket. He told the others to do the same, and after some hesitation, they did.

Todd found a hiding place at home to eat his smuggled candy, however, the evidence of chocolate on his face declared the nature of his crime to his mother. She walked him back to the grocery store; young Todd sobbed the whole way and “was sure I was facing life imprisonment.” He apologized to the owner and gave him a dime loaned from his mother. D. Todd Christofferson later said, “My mother’s love and discipline put an abrupt and early end to my life of crime.” (General Conference talk “Moral Discipline”).

When Todd was 12 years old, his veterinarian father took a business trip to Chicago. While he was gone, 13 ewes on the Christofferson’s farm gave birth in the middle of a spring blizzard. When Todd’s father heard what had happened, he assumed the worst and asked Todd’s mother how many lambs they had lost. However, she handed the phone over to Todd who told his father that none of the lambs had been lost.

On the day of the blizzard, Todd’s grandfather had taken him out of school and showed him how to keep the lambs warm by rubbing them with gunny sacks and to teach their mothers to care for them. Then he returned to his job and left Todd to care for the lambs by himself. Because of Todd’s dedication, all of the lambs survived the blizzard (Church News article “Elder D. Todd Christofferson: a sacred sense” ; Mormon Channel’s Conversations “Episode 44”).

When Todd was 13 years old, his mother underwent major surgery to treat cancer. Todd gathered his brothers together during the operation to pray for their mother. The surgery was a success. However, it limited his mother’s abilities, and she could not perform the same duties she had done  before.

Todd knew how much his mother loved homemade bread, but because of the surgery, she now struggled to bake it. Todd approached his grandmother and asked her to teach him how to bake bread. Todd regularly made bread for his family until he left for college (Liahona article “Elder D. Todd Christofferson: Prepared to Serve the Lord”).

The Power of Prayer

When Todd was a child, he had a summer job picking peaches and pears from his neighbor’s orchard. One day, around lunchtime, Todd realized that he had picked fewer bushels than normal, and he was sure something awful would happen because of it. He biked home for lunch in tears, thinking, “Oh, no, what a terrible thing! What’s going to happen?”

Todd hoped that his parents would help him and somehow make things all right, but when he got home, nobody was there. “I thought the world was going to come to an end!” he says. The desperate boy fell to his knees and prayed to God to save him. Then Todd received a peaceful feeling and knew that everything would be okay. He ate lunch and went back to work, “And, indeed, the world did not end—everything was all right.” (Friend article “Friend to Friend: Seeking Him in Prayer”).

“It comes according to His will”

Todd lived in New Jersey as a teenager and had the opportunity to participate in the Hill Cumorah pageant for two summers. One summer, his bishop told the youth of his ward that if they were faithful, they would receive a testimony of the gospel. Todd decided that he wanted to receive his testimony in Palmyra. After all, what better place to receive a witness of Christ than the Sacred Grove?

After one pageant performance, Todd went to the grove alone and prayed earnestly for an hour. Imagine his disappointment when nothing happened. Todd couldn’t understand why he had not received the witness he seeked.

However, a month later, when Todd was reading the Book of Mormon, “Without my asking for it, the witness came.” D. Todd Christofferson later said:

Looking back on that experience, I realize that we can’t dictate to God when, where, or how He will speak to us. We just have to be open to receive what He disposes, when He disposes it. It comes according to His will.

I’m glad that Heavenly Father didn’t respond to me that night in Palmyra. I might have thought that you have to be in a special place to get an answer to prayer or to gain a testimony. But you don’t have to make a pilgrimage to Palmyra to know that Joseph Smith was a prophet or that the Book of Mormon is true. You don’t have to go to Jerusalem to know that Jesus is the Christ. If Heavenly Father found me in Somerset, New Jersey, He can answer the prayers of anybody, anywhere in the world. He knows us intimately, and He can answer us whatever our place or circumstances.

“Thy Will Be Done”

Todd once made an investment in a small business. The business needed more money to stay afloat, so Todd invested more. But even then, the business struggled, and Todd soon found himself struggling as well. As a result, Todd had to deal with economic trial for two years and wondered if he was going to face financial ruin and be unable to support his family.

Often during this hardship, Todd had no one left to turn to except for God. Many times he prayed for a miracle, but the answer was always, “no.” Instead, he learned that he needed to pray to God that it was His will—not Todd’s—that should be done. He says:

With no other recourse, more than once I fell down before my Heavenly Father begging in tears for His help. And He did help. Sometimes it was nothing more than a sense of peace, a feeling of assurance that things would work out. I might not see how or what the path would be, but He gave me to know that, directly or indirectly, He would open a way. Circumstances might change, a new and helpful idea might come to mind, some unanticipated income or other resource might appear at just the right time. Somehow there was a resolution.

Todd did not get a big miracle to resolve his problems, but he learned that deliverance is not always immediate. Sometimes it happens one day at a time. Though this trial was a great struggle for Todd, he is grateful for it, because it taught him how to pray (CES Fireside talk “Give Us This Day Our Daily Bread” ; Mormon Message “Daily Bread: Experience”).

D. Todd Christofferson served in the Argentina North Mission. His mission president was Richard G. Scott, who he now serves with on the Quorum of the Twelve Apostles. Scott says that Todd was, “an exceptionally outstanding missionary whose devotion and capacities were evidence that he would have a life of unusual significance,” and he had, “a gentleness of spirit that blessed each of his companions and endeared him to his investigators and converts.”

Scott remembers a time when Todd crashed his bicycle. The accident resulted in Todd scraping his hands up and damaging his suit. But he just brushed himself off and continued on to his appointment. Todd’s devotion and love for the gospel and others can still be seen today (Liahona article “Elder D. Todd Christofferson: Prepared to Serve the Lord”).

Todd and Kathy first saw each other in the BYU Football Stadium. Both of them were there before a game for a fundraiser, Todd because he was an officer in the Cougar Club, and Kathy because she was in charge of the half-time show. They passed by each other, saw each other, but did not speak to each other. Then they went their separate ways.

Kathy told a friend, “Well isn’t that just my luck, I just ran into the kind of guy that I would like to date and it is never going to happen.” However, Todd kept Kathy’s face in his memory. A few months later, he received his copy of the yearbook and looked through it until he found her. He discovered that one of his roommates knew Kathy, and through him, arranged a blind date with her. Even though Kathy did not initially recognize Todd as the young man she had passed by in the BYU football stadium, this date started the courtship that led to their marriage (Mormon Channel’s Conversations “Episode 44”).

One time, when Todd was serving as a bishop, a member of his congregation called when he was literally about to leave home for a family vacation. The member told Todd that his mother had just passed away, and he seemed to expect Todd to attend the funeral with him. Todd expressed his sympathies, but also explained that he was about to leave on vacation.

When Todd returned, he realized that he had deeply offended the man who, as a result, had stopped taking his family to church. Todd says, “My initial reaction was to justify myself that his expectation was not reasonable. But the Spirit worked on me.” He went to the man’s home and spoke with him for some time. Todd asked for forgiveness and made amends.

I learned how crucial it is, whether you think you’re right or wrong, where there’s been an offense, take the initiative to resolve it. Don’t worry about where the blame lies. And do it as soon as possible.

Because Todd had resolved the issue with this member, he was on good terms with the man’s family and helped them through their time of grief (Church News article “Elder D. Todd Christofferson: a sacred sense”).

After He Was Called An Apostle

I am a great believer in the power of prayer. We can always turn to prayer. Sometimes it’s all we have left, but it’s always sufficient for the need.

D. Todd Christofferson has prayed and followed the guiding promptings of the spirit in his life.

To learn more about D. Todd Christofferson, check out his Facebook Page or visit the links below. 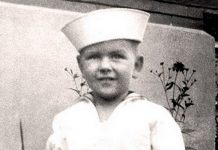 Getting to Know the New Mormon President: Russell M. Nelson 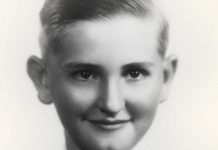