Faith LDS Church Leadership Utah’s Prop 2, the Church’s Involvement, and If You Disagree 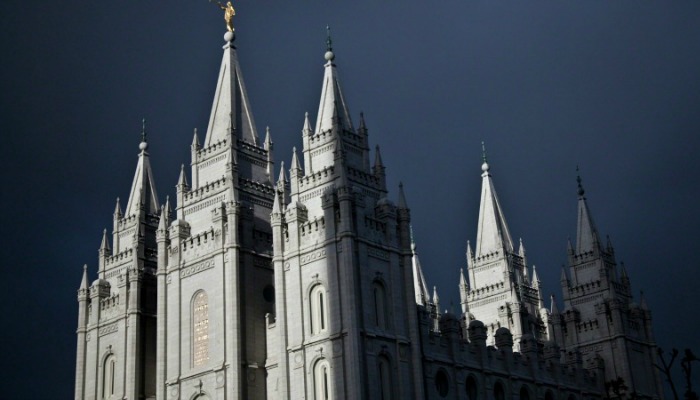 I (like many of you) recently got an email from The Church of Jesus Christ of Latter-day Saints. Part of it read, and I quote, “…we urge members of Utah to vote NO on Proposition 2.” It’s not very often that the Church gets quite this involved in political matters, but it does happen. This rubs some people the wrong way. Out of the two universal subjects you’re not supposed to broach in casual conversation, this kind of situation involves both religion and politics. So, let’s address the topic. This article is going to take a look at two specific questions:

1. Is it OK for the Church to be involved in politics, even to the point of influencing your personal beliefs?

2. How should members react to political counsel from ecclesiastical leaders?

Is political influence from The Church of Jesus Christ of Latter-day Saints OK? Well, that’s a subjective question. I think it’s fine, you might think it’s not. But whatever we think, prophets involving themselves in politics has been going on for millennia, and it’s probably not about to stop anytime soon.

The prophet may well advise on civic matters. When a people are righteous, they want the best to lead them in government. Alma was the head of the Church and of the government in the Book of Mormon; Joseph Smith was mayor of Nauvoo and Brigham Young was governor of Utah. Isaiah was deeply involved in giving counsel on political matters and of his words the Lord himself said, ‘Great are the words of Isaiah.’ (3 Ne. 23:1.)

The fact that prophets (and by implication, the Church) give counsel on political issues shouldn’t come as a surprise. More specific to the topic of politics, President Gordon B. Hinckley said the following in a 1995 press conference:

We try to follow a very strict course in political matters. We observe the principle of the separation of church and state. We do concern ourselves with matters which we consider of moral consequence and things which might directly affect the Church or our fellow churches. We try to work unitedly with other people of other faiths in a constructive way. We hope we can use our influence for the maintenance and cultivation of the good environment in which we live as a people in these communities.

The only answer I can give is this: That’s something you need to work out with Heavenly Father. I’m not qualified to give any other answer than that. If you trust the authority of our leaders, but in your heart of hearts you disagree with their counsel, you’re in an understandably tough spot. Pray about it. Research it. Talk to people you trust about it. Seek revelation and move forward.

The Church is a vehicle to help us live the gospel of Jesus Christ. It’s not an organization bent on creating obedient clones. The Lord expects us to study things out in our minds and in our hearts before making decisions. Yes, we should trust the prophets and heed their counsel, but not at the expense of personal revelation and spiritual confirmation.

If you vote YES, is that grounds for excommunication or disciplinary action?

Let’s look at an example from back in the 1970s. The Church is overwhelmingly in support of gender equality, but still urged members to vote NO on the Equal Rights Amendment (ERA) for some of the same logistical reasons (in my opinion) they’ve asked members to vote NO on the proposed Utah medical marijuana legislation today. At the time, the Ensign did an excellent piece on the ERA legislation and where the Church stood on it. This is one of the questions that came up (that still applies today): Is favoring the ERA grounds for excommunication?

Here was the answer:

No … however there is a fundamental difference between speaking in favor of the ERA on the basis of its merits on the one hand, and, on the other, ridiculing the Church and its leaders and trying to harm the institution and frustrate its work.

So, do you have to follow the Church’s political counsel? No. Do you have to agree with the Church’s political views? No. Are Utahns going to be excommunicated for voting YES on Prop 2? I mean it’s not my call … but no, that’s not going to happen. Is it OK to ridicule the Church for their stance on Prop 2? It’s wrong to ridicule anyone for their political views. So, no, it’s not OK. If we disagree, we should do it without being disagreeable and stirring up contention.

For those of us that do agree with the Church’s position on Prop 2 (or any other legislation), let us remember to treat those that disagree with the same love and respect we would expect from them. They’re no less righteous than you or I. Our place in the eternities will be determined by the intents of our heart, not the marks on a ballot.