Faith LDS Conference Editorial: General Conference is About to Separate the Wheat From the Tares 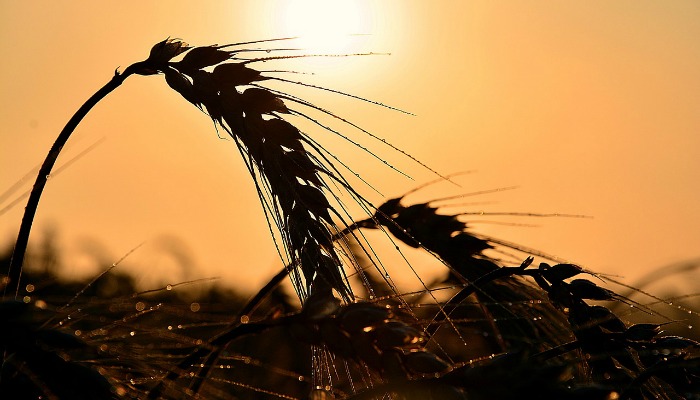 General Conference is coming up this weekend, and the cup of rumors about the “big announcement” definitely runneth over. Maybe it’s a two-hour block, maybe singles wards are getting the ax, maybe China is opening up to missionary work, the speculation goes on and on (and it sure is fun). I don’t know exactly what’s going to happen at General Conference, but I do have a general theory I’m going to run by you. Share your thoughts on it in the comments section, because I’d love to hear ’em. Here we go:

A note on becoming (and then my prediction)

Happy Monday! Guess what?! Only 5 more days until one of the greatest weekends of the year… General Conference! 🎉 Have you been studying and pondering the words from April’s Conference? Here is a quick refresher on the closing blessing and testimony from President Nelson: “I bless you to identify those things you can set aside so you can spend more time in the temple. I bless you with greater harmony and love in your homes and a deeper desire to care for your eternal family relationships. I bless you with increased faith in the Lord Jesus Christ and a greater ability to follow Him as His true disciples. I bless you to raise your voice in testimony, as I do now, that we are engaged in the work of Almighty God! Jesus is the Christ. This is His Church, which He directs through His anointed servants. I so testify, with my expression of love for each of you, in the sacred name of Jesus Christ, amen.” Have you felt those blessings in your life? If not, how can you prepare yourselves, your hearts, and your homes to better receive those blessings this weekend? ❤️ Get excited. It’s going to be a great week! 🙌🏻 #lds #generalconference #prophets #apostles #truth #firstpresidency #ldsgenconf #ldsgenconf2018 #october #love #openhearts #openminds

We Latter-day Saints often get caught up in the “doing” of the gospel. We do our home teaching (well, we used to), we pay tithing, we go to church, and we hold the meetings we have to hold. But these “commandments,” like all commandments, are much more than checks on a list. They’re not just there to instill guilt when we fall short, and our motivation for obeying them should be much more than fear, or even reward.

General Conference October 6th and 7th The Heavens speak, will you listen? A worldwide event for the 188th time in 95 languages in over 200 countries. #lds #GeneralConference #SpeadingTheGospel #ToEveryCornerOfTheEarth

As the Meridian of Time moved ever closer, the Jews of ancient Jerusalem became more and more focused on the “doing” part of the commandments. When Christ came on the scene, He ushered in the higher law. He emphasized being good rather than just doing good. Most people freaked out. “What about our precious rules and traditions?!” For others, the message resonated and they embraced it.

As the End of Times moves ever closer, I predict we’re going to see a similar movement. The Lord, through the prophet, will urge us to focus more on becoming. Many changes will happen that will place the responsibility of becoming on our own shoulders, as opposed to the Church itself.

For example, I think this renewed emphasis on becoming has already begun. Look at the recent shift from Home Teaching to Ministering. While we may have once been erroneously motivated by numbers, reports, and requirements, now we’re strongly urged to simply become friends with those we minister to. President Nelson called it a “holier approach.”

So, my prediction is simple: In an effort to urge each individual to learn how to become more like Jesus Christ, the Church is going to progressively embody Joseph Smith’s famous quote: “I teach them correct principles and they govern themselves.”

I say hogwash. The Church will always be there, it’s important, it’s a support group, the ordinances are vital, we should participate. But as the conditions of the world get worse, leaning on the Church for our spiritual well-being (which you may or may not be doing) simply won’t be enough to keep us spiritually safe. In fact, in the last General Conference, President Nelson made it very clear:

In coming days, it will not be possible to survive spiritually without the guiding, directing, comforting, and constant influence of the Holy Ghost.

He did not say, “the guiding, directing, comforting, and constant influence of the Church.” The Church is the vehicle for the gospel. It’s meant to lead humanity to a heavenly destination, but the Church is not the destination. The welcoming embrace of our loving Heavenly Father is the destination, and we can only get there if we become something other than what we’re born as. Which, yeah, may seem counter-intuitive. But it’s true.

Changes will be a double-edged sword

Just as the higher law was a test for the ancients, I think we’ve got a test ahead of us. While future General Conference announcements that give members more “freedom” will surely be exciting, they’ll also give members more of an opportunity to neglect their spiritual health.

We see it happening before our eyes with Ministering. After the Brethren took the training wheels off of Home/Visiting Teaching, many members took on the challenge to truly become friends with those they minister to. However, the lack of reports and requirements has also made it easier for some members to slack off (for lack of a better term), which admittedly also leads to becoming … but not the kind we’re shooting for.

In the future, falling away from the gospel will become easier and easier, just as becoming becomes more and more emphasized. It’s going to be a slippery slope. The more freedom we gain, the more discipline (note the root word there) it will take to become what God wants us to be.

But on Fridays my job allows me to work from home, which means I’m in charge of getting myself up in the morning at a reasonable hour. Let’s just say … I’ve unfortunately developed a great relationship with my snooze button. Left to my own devices, I’ve found myself to be quite weak. Getting up in the morning may seem like an insignificant detail, but small and simple things are what the gospel is all about, right? “By small and simple things are great things brought to pass.” It’s another one of those counter-intuitive paradoxes that the gospel is built on.

How will we react if we’re increasingly left to our own devices when it comes to our spiritual well-being? Will we rise to the occasion and take ownership of our spiritual growth?  Or will we use our newfound freedom to tour the mists of darkness? Will we “choose liberty and eternal life” or “captivity and death?” The choice is yours, and after this weekend, that fact may be more apparent than ever.

Then again, I could be wrong.

What do you think? Is my prediction right or not so much? Let me know in the comments.