Faith LDS Conference He May as Well Be “Elder” C.S. Lewis 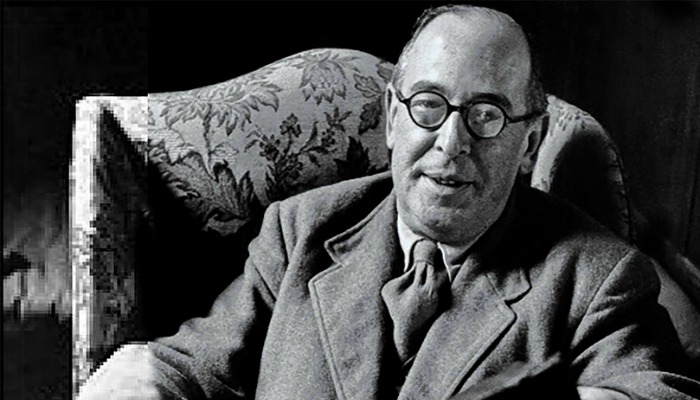 Well-known British author C.S. Lewis has shown up at LDS General Conference on a consistent basis. Not in person, of course, but because he has been referenced in talk after talk. If you’ve only read “The Lion, the Witch, and the Wardrobe,” you might be wondering what four kids in a fantasy world have to do with the gospel.

Well, Lewis wrote a lot more than just Chronicles of Narnia. You see, Lewis was a very religious man. Not in a preacher sense, but in his desire to really dive into Christianity and apply it to life. Some of his best works are “Mere Christianity,” followed by “Letters of C.S. Lewis” and “Screwtape Letters.” If you haven’t had a chance to discover these literary gems, here’s a little taste of some that have popped up over the pulpit in Salt Lake over the last forty years or so:

“[Motherhood] is surely in reality the most important work in the world. What do ships, railways, mines, cars, and governments, etc. exist for except that people may be fed, warmed, and safe in their own homes? … We wage war in order to have peace, we work in order to have leisure, we produce food in order to eat it. So your job is the one for which all others exist” (Letters of C. S. Lewis, Warren H. Lewis, ed., London: Geoffrey Bles Ltd., 1956, p. 62).

Quoted by Barbara B. Smith, October 1979, “Women for the Latter Day”

“Imagine yourself as a living house. God comes in to rebuild that house. At first, perhaps, you can understand what He is doing. He is getting the drains right and stopping the leaks in the roof and so on: you knew those jobs needed doing and so you are not surprised. But presently he starts knocking the house about in a way that hurts abominably and does not seem to make sense. What on earth is He up to? The explanation is that He is building quite a different house from the one you thought of—throwing out a new wing here, putting on an extra floor there, running up towers, making courtyards. You thought you were going to be made into a decent little cottage: but He is building a palace” (C. S. Lewis, Mere Christianity, New York: MacMillan Co., 1960, p. 160).

“The great thing, if one can, is to stop regarding all the unpleasant things as interruptions of one’s ‘own,’ or ‘real’ life. The truth is of course that what one calls the interruptions are precisely one’s real life—the life God is sending one day by day” (They Stand Together: The Letters of C. S. Lewis to Arthur Greeves, ed. Walter Hooper, London: Collins, 1979, p. 499).

The proud make every man their adversary by pitting their intellects, opinions, works, wealth, talents, or any other worldly measuring device against others. In the words of C. S. Lewis: “Pride gets no pleasure out of having something, only out of having more of it than the next man. … It is the comparison that makes you proud: the pleasure of being above the rest. Once the element of competition has gone, pride has gone” (Mere Christianity, New York: Macmillan, 1952, pp. 109–10).

“Christ says, ‘Give me All. I don’t want so much of your time and so much of your money and so much of your work: I want You. I have not come to torment your natural self, but to kill it. No half-measures are any good. I don’t want to cut off a branch here and a branch there, I want to have the whole tree down. … Hand over the whole natural self, all the desires which you think innocent as well as the ones you think wicked—the whole outfit. I will give you a new self instead. In fact, I will give you Myself: my own will shall become yours’” (Mere Christianity, New York: Collier Books, 1960, p. 167). 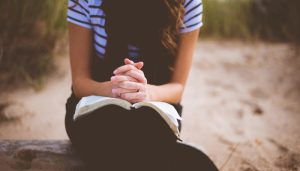 “I am afraid the only safe rule is to give more than we can spare. … If our charities do not at all pinch or hamper us, … they are too small. There ought to be things we should like to do and cannot do because our charitable expenditure excludes them” (Mere Christianity (1952), 67).

“Our leisure, even our play, is a matter of serious concern. [That is because] there is no neutral ground in the universe: every square inch, every split second, is claimed by God and counterclaimed by Satan.”

C.S. Lewis on Individual Worth

“[God] has infinite attention to spare for each one of us. He does not have to deal with us in the mass. You are as much alone with Him as if you were the only being He had ever created. When Christ died, He died for you individually just as much as if you had been the only man [or woman] in the world” (Mere Christianity [1943], 131).

Quoted by Dale E. Miller, October 2004, “Bringing Peace and Healing to Your Soul”

“It is a serious thing to live in a society of possible gods and goddesses, to remember that the dullest and most uninteresting person you can talk to may one day be a creature which, if you saw it now, you would be strongly tempted to worship. … There are no ordinary people. … Your neighbor is the holiest object presented to your senses” (“The Weight of Glory,” in Screwtape Proposes a Toast and Other Pieces [1974], 109–10).

C.S. Lewis on the Divinity of Jesus

“I am trying here to prevent anyone saying the really foolish thing that people often say about Him: ‘I’m ready to accept Jesus as a great moral teacher, but I don’t accept His claim to be God.’ That is the one thing we must not say. A man who was merely a man and said the sort of things Jesus said would not be a great moral teacher. … You must make your choice. Either this man was, and is, the Son of God: or else a madman or something worse. … But let us not come with any patronising nonsense about His being a great human teacher. He has not left that open to us. He did not intend to.”

Quoted by Tad R. Callister, October 2011, “The Book of Mormon—a Book from God”

What is your favorite CS Lewis quote? Share in the comments below!