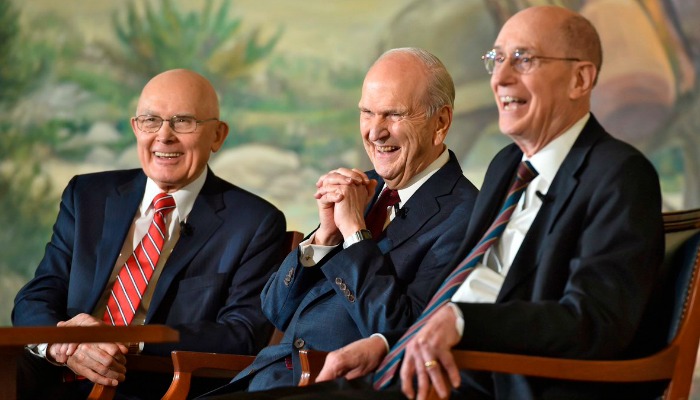 From the announcement of two-hour church, to the addition of twelve new temples, to the firm emphasis on no longer being known as “Mormons” but instead, “members of The Church of Jesus Christ of Latter-day Saints,” this October’s general conference was full of surprises. Here are fifteen of the best Twitter posts about this weekend!

1. Catching this gem of a man in the choir:

Someone’s happy to be on the stand this morning #ldsconf #generalconference pic.twitter.com/5e0pxtsFay

2. President Nelson was not kidding about the name change!

My sorry butt getting called out on griping about the name correction right now. #GeneralConference #PresNelson pic.twitter.com/WWhYI8QBSr

3. President Eyring is the coolest.

“Nope, he died along time ago. Want to read his book?”#GeneralConference

Getting his #GeneralConference spiritual and physical excersice #FTW #ldsconf pic.twitter.com/tn00pqtpLY

6. Let’s build ALL the temples!

7. I’m not sure this was exactly what President Nelson had in mind…

President Nelson: Yeah so, pretty big changes coming next conference, just a heads up that it might be kinda hard to get your talk to stand out

Elder Bednar: *signs up for a graphic design class*#GeneralConference #LdsConf

10. We love our German Shepherd!

My brother just sent me this and I’m CRYING😂😂😂 #generalconference pic.twitter.com/OOQteBFUcq

"These changes will be implemented in January 2019"#GeneralConference #2hourchurch #LDSConf pic.twitter.com/pUkj7f1Mkg

12. A great reminder that all of these powerful men are called of God.

This quote from President David O. McKay is 🔥 considering some of the talks given in #GeneralConference this weekend. pic.twitter.com/TqbJmwp4iF

Eating all kinds of fruit and drinking tons of water today to fight off a cold. Its almost as if an entire weekend of eating nothing but cinnamon rolls and pumpkin pie was bad for me. #GeneralConference

All there is are worldly arguments. This is not a man-made organization, it never will be man’s ways. #GeneralConference

15. Not gonna lie, those were some pretty sweet glasses!

U GUYS!! I KNEW HE WAS SUPERMAN. ❤️I CAN SEE PAST THOSE CLARK KENT GLASSES #ElderHolland #Generalconference pic.twitter.com/XY3nO01DOJ

16. What we will be telling our grandchildren one day:

17. We will neither confirm nor deny that we were doing this.

What were some of your favorite conference moments? 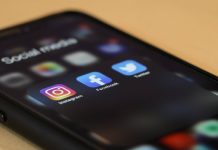