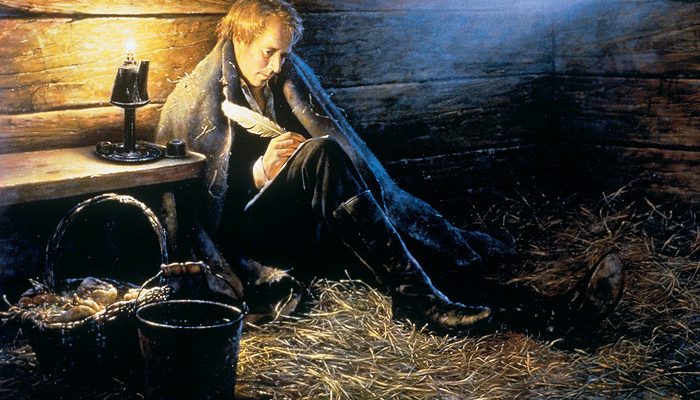 One of the darkest times in the history of The Church of Jesus Christ of Latter-day Saints came while the Saints were in Missouri. Joseph Smith was taken captive to Liberty Jail. Joseph, Hyrum, and the others with them were taken before a judge. The judge cooperated with the mob, and assigned the men to a new jail. A guard, whose name is lost to history, then took the men on his wagon to the new venue. But after the second night, he began drinking whiskey and told the men “I shall take good drink of grog, and go to bed, and you may do as you have a mind to” [Hyrum Smith]. That night the men left and were never followed. This experience puts Joseph Smith in the company of Peter, as men who required freedom from jail in order to continue the work of God. The timing of this release was fortuitous. By the month’s end Joseph Smith had traveled to Commerce, Illinois, and begun the process of moving the Saints to their new city (later called Nauvoo). Knowing exactly what happened that night is impossible (though many have tried to make sense of it). Was it one kind man, or something more miraculous? But on this 175th anniversary of Joseph Smith’s freedom we can be grateful that he was allowed to continue the work of the restoration.