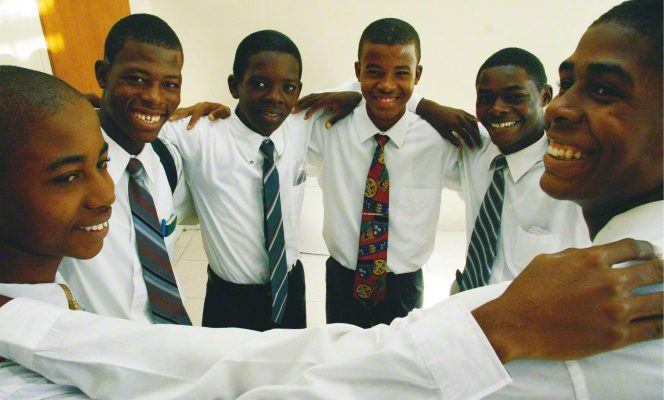 What is the Aaronic Priesthood?

For those who aren’t familiar with the priesthood, it is the power of God on earth to administer for The Church of Jesus Christ of Latter Day Saints. Worthy male members can receive the priesthood of Aaron when they are twelve years old. They have responsibilities and gain additional ones as they grow older.  Here is a brief overview of the duties and ordinances of the Aaronic Priesthood that bearers can perform. 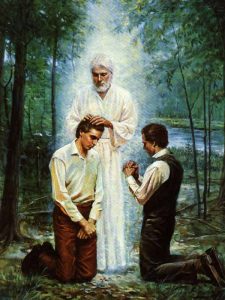 The History and Restoration of the Aaronic Priesthood

The Aaronic Priesthood originated when the Israelites began to break the law of the gospel.  A lesser priesthood, the Aaronic, was given in order to administer to this law. The higher offices of this priesthood were given to Aaron and his sons, which is why it is called Aaronic. The reason it is sometimes called the Levitical Priesthood is because Aaron and his family were Levites and other members of the tribe were also given the authority of the Aaronic Priesthood.

The Great Apostasy took the apostles, gospel of Christ, and the priesthood from the earth. The restoration of the Aaronic Priesthood occurred on May 15, 1829 in Susquehanna County of Harmony, Pennsylvania. The resurrected John the Baptist appeared to Joseph Smith Jr. and Oliver Cowdery while they were doing what Joseph had done when he was only fourteen years old: praying to God for wisdom (James 1: 5). The angel Moroni had previously told Joseph that the priesthood would be restored on the earth, and later Joseph and Oliver asked about it.

We still continued the work of translation, when, in the ensuing month (May, 1829), we on a certain day went into the woods to pray and inquire of the Lord respecting baptism for the remission of sins, that we found mentioned in the translation of the plates. While we were thus employed, praying and calling upon the Lord, a messenger from heaven descended in a cloud of light, and having laid his hands upon us, he ordained us, saying:

Upon you my fellow servants, in the name of Messiah, I confer the Priesthood of Aaron, which holds the keys of the ministering of angels, and of the gospel of repentance, and of baptism by immersion for the remission of sins; and this shall never be taken again from the earth until the sons of Levi do offer again an offering unto the Lord in righteousness. (Joseph Smith History 1:68-69)

John the Baptist ordained Joseph and Oliver with the Aaronic Priesthood which they used to baptize one another in the Susquehanna River. 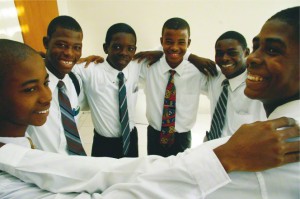 Blessings of the Aaronic Priesthood

What are the blessings of the priesthood? A youth article “How Are You Blessed by the Aaronic Priesthood” lists five of its blessings:

These blessings are intertwined with duties and ordinances for a reason. Without them our church would not be able to move forward, or function for that matter. The scriptures teach us that the priesthood is connected with the powers of heaven if we use it righteously (Doctrine and Covenants 121: 36). This should tell us how incredibly important the priesthood is for everyone. The priesthood is the power of God and the means of administration within the Church. It benefits all who are righteous and have faith, both men and women.

The Aaronic priesthood can be a means of protection and betterment in our life. Going back to Robert B. Haterson, he answers the question of his article saying,

What’s so great about holding the Aaronic Priesthood? Through its keys and powers, it helps us to live better lives, to be clean in our thoughts and actions, to show more love and respect to our parents and family members, to keep our bodies free from drugs, alcohol, tobacco, and other harmful substances. This power strengthens a young man and helps him to keep his mind and body clean and to have the courage to say no.

The priesthood is an amazing gift for all of us. So we must give back to God with a gift during this 185th anniversary of the Aaronic Priesthood. The gift of using the priesthood.