When it comes to the voting rights of women, The Church of Jesus Christ of Latter-day Saints has historically led the way. Early Utah settlers (then a territory with a primarily Mormon population) granted women the right to vote in 1870, 50 years before the 19th Amendment was passed to grant women suffrage! As we celebrate the 95th anniversary of the 19th amendment passing Congress today,  let’s look back at the history of Latter-day Saints and women’s suffrage.

History.com tells us that the Women’s Suffrage movement started to gain momentum before the Civil War. In 1848, reformers such as Lucy Cady Stanton and Lucretia Mott launched a convention at Seneca Falls, New York to promote equality between men and women. The main issue focused on was for women to gain the right to vote. Over the years, the Women’s Suffrage movement grew, gaining more followers and reformers such as Susan B. Anthony. Finally, on August 18, 1920, Congress passed the 19th Amendment which gave women the right to vote.

In 1869, Wyoming became the first territory to grant women the right to vote.  Utah was soon to follow. The Utah State Law Library tells us that on February 12, 1870, Utah passed the law giving women voting rights. However, in 1877, the law was repealed by the Congress when they passed the Edmunds–Tucker Act in response to polygamy. It wasn’t until Utah became a state in 1896 that women regained their right to vote.

History.togo.utah.gov tells us that anti-polygamist groups first agitated for women to vote in Utah, believing it would mean a quick end to polygamy in the territory. The institutional Church, and it’s members quickly endorsed the idea, but women voting did not have the effect the anti-polygamist groups hoped. Many Mormon women organized to prove that the idea of a down-trodden Mormon woman was a misguided stereotype, and polygamy remained legal in the territory until the Edmunds-Tucker Act.

Many of the suffrage reformers also came from the leadership of the Relief Society. A Deseret News article, “Utah women voted earlier than most in the U.S.”, tell us that Emmeline B. Wells, who served as Relief Society president from 1910-1921, wrote for “The Women’s Exponent,” a pro-women suffragette newspaper. There is no doubt that the strength of these sisters and the support of the Church helped Utah women regain their right to vote in 1896.

Women and the Church

The legacy of these early church leaders for women’s rights lives on today.  The Church is one of very few denominations with a doctrinal statement declaring the absolute equality of men and women. Female missionaries are making up a growing proportion of the worldwide missionary force. And Church teachings and organization provide a fertile ground for feminism.

As Latter-day Saints we are blessed with this legacy of strong, politically-minded women, and on this important anniversary we would all do well to try to honor their work. 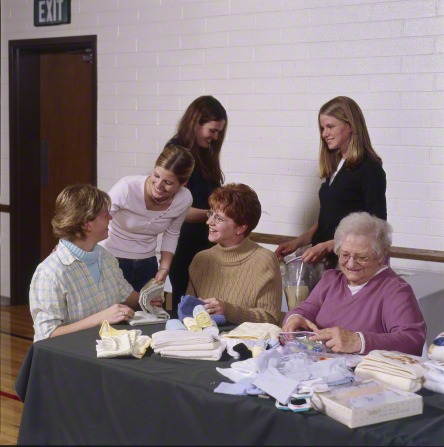