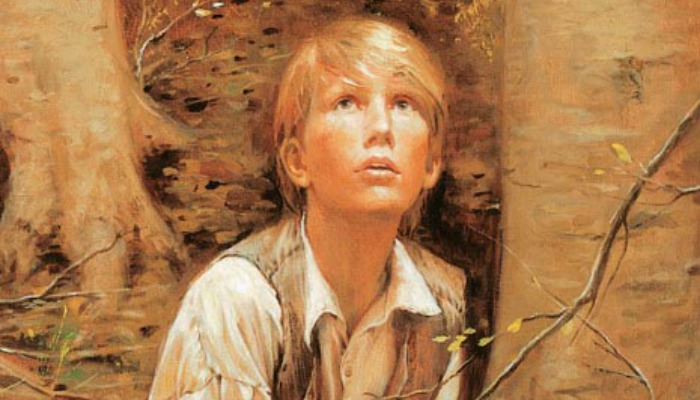 Here’s a little fun fact about me: I was “today” years old when I learned that at the age of fourteen, Joseph was the target of an assassination attempt.

In just a single paragraph of Lucy Mack Smith’s biography on her son, History of Joseph Smith by His Mother, the prophet’s mother tells a story about how someone tried to kill her son “several months before the First Vision,” according to Latter-day Saint author George W. Givens.

“At the age of fourteen an incident occurred which alarmed us much, as we knew not the cause of it. Joseph being a remarkably quiet, well disposed child, we did not suspect that anyone had aught against him. He was out one evening on an errand, and, on returning home, as he was passing through the dooryard, a gun was fired across his pathway with the evident intention of shooting him. He sprang to the door much frightened. We immediately went in search of the assassin, but could find no trace of him that evening. The next morning we found his tracks under a wagon where he lay when he fired, and the following day we found the balls which were discharged from the gun, lodged in the head and neck of a cow that was standing opposite the wagon in a dark corner. We have not as yet discovered the man who made this attempt at murder, neither can we discover the cause thereof.”

I was worried about what dress to wear to my first stake dance when I was fourteen, not dodging someone who was seeking me out and attempting to end my life for no apparent reason.

Lucy Mack goes on to tell another, totally unrelated story immediately after this one as though it were no big deal. Can you imagine how traumatic Joseph’s existence must have been if an assassination attempt at the age of fourteen only warranted a single paragraph in his mother’s biography on him?

As it turns out, Joseph’s teenage years may have been even more eventful than we thought. Though we don’t get a ton of information on those years from Joseph himself, his mother recalls quite a few events that took place in teenage Joseph’s life — for example, Joseph’s prophecy about a man named Deacon Jessup.

After Joseph witnessed the First Vision, Lucy Mack still did not totally understand its significance and wanted her family to join a local church. Joseph, however, did not wish to attend since he’d been explicitly told by the Lord not to join any of the existing churches. In fact, he told Lucy Mack that she would “not stay with [any of these churches] long,” for she was “mistaken in them” — a fact that he would prove to her, he said, with a prophecy.

In the area, there was a religious man named Deacon Jessup who talked “very piously” and of whom everyone thought highly. But Joseph, according to Lucy Mack, had something different to say about him:

“Now suppose that one of his poor neighbors should owe him the value of a cow, and that this poor man had eight little children; moreover, that he should be taken sick and die, leaving his wife with one cow, but destitute of every other means of supporting herself and her family—now I tell you, that Deacon Jessup, religious as he is, would not scruple to take the last cow from the poor widow and orphans in order to secure the debt, notwithstanding he himself has an abundance of everything.”

Lucy writes, “At that time, this seemed impossible to us, yet one year had scarcely expired when we saw Joseph’s prophecy literally fulfilled.”

In other words, Joseph prophesied that this supposedly pious man in the religious community would take advantage of a widow with eight children — and a year later, he did.

From a young age, it’s clear that the adversary wanted to destroy Joseph. Thankfully, though, he was preserved by the hand of the Lord until his mission was fulfilled — and he left us with a lot of amazing stories and prophecies along the way.