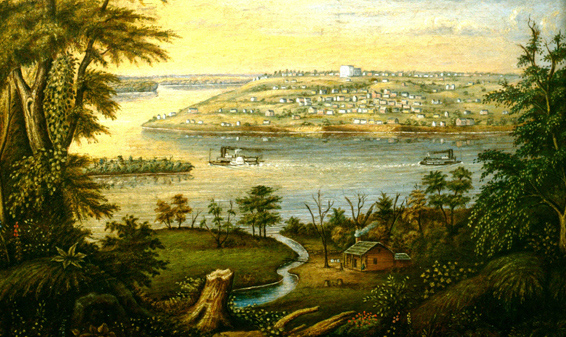 The seven short years that the Latter-day saints called Nauvoo, Illinois, home included some of the highest reaches of early church history, and ended in its lowest low. Nauvoo, “The City Beautiful,” lived up to the moniker, and stands as a memory of the capacity and perseverance of a people in a turbulent time. 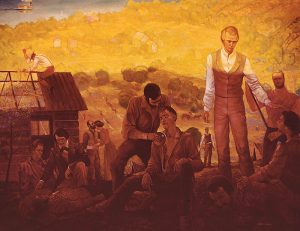 After being illegally chased from Missouri, the Latter-day saints escaped to Quincy, Illinois. The people of Quincy welcomed the saints warmly and helped them endure their transition to Illinois. But Quincy served as a temporary solution only because the saints lived there as refugees. When Joseph Smith arrived in Illinois, finding a permanent settlement was of foremost importance. The city of Commerce, Illinois, had been established about 35 miles north, but quickly abandoned because of the swampy conditions. The prophet saw potential in the location and began to move the Saints there.

For a short time it appeared as though the swamp had gotten the better of the Saints. A bout of malaria spread throughout the camp, even Joseph Smith was stricken. But he acted as nurse for the many other ill. In the words of Wilford Woodruff, “Joseph arose from his bed and commenced to administer to the sick in his own house and door-yard, and he commanded them in the name of the Lord Jesus Christ to arise and be made whole; and the sick were healed upon every side of him.”

By the end of 1840, with the help of John C. Bennett, the state of Illinois granted Nauvoo a city charter authorizing them to begin a university, militia, and court. 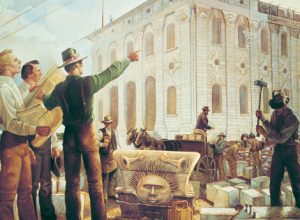 Over the next several years, Nauvoo became renowned for its beauty and commerce. What had once been a swamp had swelled, with an infusion of British converts, to one of the ten largest cities in the United States. A community farm helped propel the city’s economy, and feed the many poor who had come to the city. Large impressive parades marched regularly through town, and drew the attention of much of Western Illinois.

In 1841, the saints laid the cornerstone of the Nauvoo temple. More than 1,000 men donated one in ten days of labor to constructing the temple. In answer to prayer, Giuseppe Toronto provided much of the funds needed to feed the laboring men. Many observers commented on the beauty of the temple shimmering on the bluff at the river bend.

While in Nauvoo, the Saints’ understanding continued to expand. Joseph Smith translated the Pearl of Great Price, which contained many precious understandings about creation, agency, pre-mortal life, and the nature of God. In Nauvoo the ordinance of baptisms for the dead was taught, the Relief Society was founded, and temple ordinances were restored! Truly a spiritual outpouring blessed the people of Nauvoo. 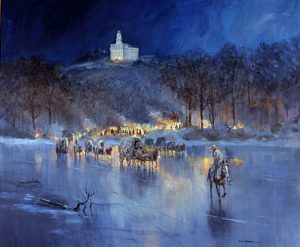 Unfortunately, persecution continued to follow the Saints. Religious antagonism, apostasy, and political fears, conspired against Joseph Smith. He, along with several other church leaders, divested themselves of available legal remedies and went to Carthage jail. On June 27, 1844, before facing trial, a mob of approximately 200 men then joined by the jailers themselves, attacked and killed Joseph Smith and his brother.

The Saints finished construction on the temple, received their endowments, and then under the new direction of Brigham Young left their beautiful city behind, hoping to once and for all find peace from persecution.

How brightly Nauvoo shined, and what a blessing it proved for the still young church, but the flame of Nauvoo quickly burnt out leaving the Saints to find refuge once again.