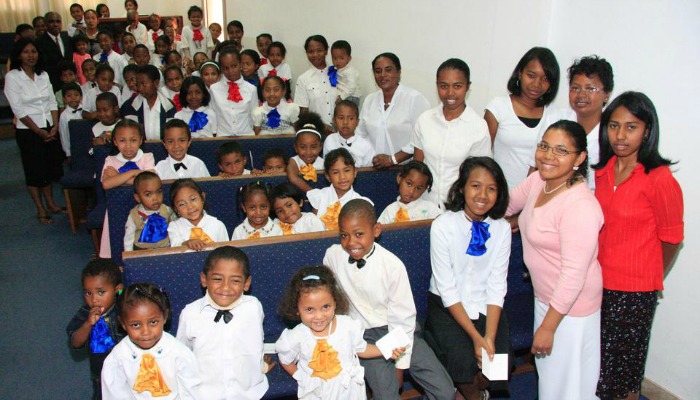 On June 1, 2018, The Church of Jesus Christ of Latter-day Saints will celebrate the 40th anniversary of the ending of the “Priesthood ban,” which kept Blacks from holding the Mormon Priesthood or making temple covenants. A celebration featuring Black Mormon artists will be held in the Church’s conference center in Salt Lake City.

Tracing the ban through LDS history and trying to figure out where it came from has been difficult for church leaders, members, and historians alike. Mormons’ anti-slavery position was one of the causes of early persecution of the Church, especially in Missouri. Some church leaders of that time had even proposed paying to free Black slaves, who would then be brought to reside in safety among the Saints.

Brigham Young himself went from supporting black ordination in March 1847 to prohibiting it in February 1849. Most Latter-day Saints today engage in “presentism” — the projection of current cultural ideals back into history. We tend to be appalled with Brigham Young and others who could not think of their Black brothers as worthy of full blessings in the kingdom.

We forget that abolitionists were considered extremely radical at the time, that many Americans considered Blacks as either non-human or as soulless humans. Most of us are not aware that Brigham Young encountered the unthinkable — bi-racial polygamous marriage — when he returned from Utah to Winter Quarters and was abruptly confronted with the possible effects of full fellowship for Black Mormons.

We are unaware of the discussions among church leadership over the many years until the reversal of the ban in 1978, how there were always Mormon leaders who considered the ban a travesty and worked and prayed for a change.

In this podcast, Laura Hales interviews Russell Stevenson. Stevenson, a Mormon scholar, has centered his work primarily on the growth of Mormonism in Africa, which is a story of Africans adapting and “translating” Mormonism as a cultural text.

Stevenson not only talks about the history of the priesthood ban, but the events and efforts that brought about its reversal.

Russell Stevenson has published on a variety of aspects of race and Mormonism, ranging from his first book—a biography of Elijah Able, the first black priesthood holder in the Mormon tradition to the role of “prophetesses” in forming the Mormon Church in 1960s Ghana.

His second book, For the Cause of Righteousness: A Global History of Blacks and Mormonism, 1830–2013 won the Mormon History Association’s Best Book Award. It provides, for the first time, a history of Mormonism’s interactions with the global black community in the Americas and Africa. Currently he is pursuing a PhD in African Studies at Michigan State University.

Go to the LDS Perspectives website to listen to the podcast, or…

listen to the podcast here:

…or read the transcript here: