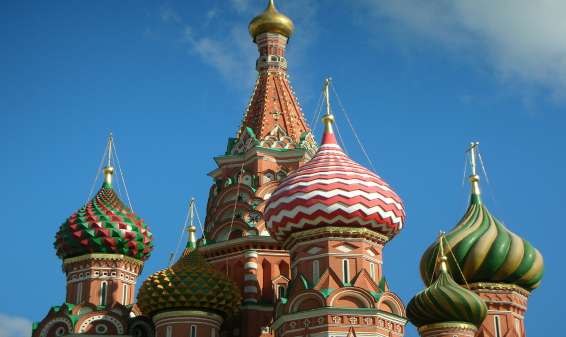 The Church of Jesus Christ of Latter-day Saints has been steadily growing in numbers as new converts are learning and accepting the gospel in Russia, a country that has been religiously free since 1990, with the Church having full recognition of it’s presence in Russia since 1991. The current tally of people who have membership in the church is over 22,000, with 7 missions, and 98 congregations. These are exponential numbers since the time Russia opened its doors to allowing missionaries teach the gospel of Jesus Christ to the Russian people.  To celebrate 23 years of the Church having national recognition, here is a look in to what brought the Church to its current standing in Russia.

The Prophet Joseph Smith in 1843 called Elder Orson Hyde and George J. Adams to preach in Russia, however that mission was cancelled due to Joseph Smith’s martyrdom in 1844. For several years, no missionaries were sent to teach the gospel there in Russia. Up until 1895, August Höglund from Sweden went to St. Petersburg and met there Johan Lindlöf and his wife Alma, who were natives of Finland, and taught them the Gospel of Jesus Christ. They accepted the message and asked to be baptized the same night the discussion was given.

Because of Lindlöf ‘s conversion and how the Russian government was making social reformations , Elder Francis M. Lyman of the Quorum of the Twelve Apostles, a few years later, began to plan to send missionaries to the Russian Empire. Elder Lyman in early August of 1903 went to Russia and dedicated the country for the preaching of the gospel.  Brother Mikhail Markov was called to serve in Riga, Latvia, which at the time was part of the Russian Empire. Even though Elder Lyman was pushing to send missionaries to Russia, other Church leaders felt hesitant to send young men there. This was due to Russia’s laws prohibiting any preaching that was was not Russian orthodox. Soon after, Elder Markov was ordered to leave Latvia by the local officials.

Shortly thereafter, the beginnings of World War I developed and then civil disputes brought much violence to Russia. The Russian Empire died and then the Soviet Union was born. Eventually, the Cold War came to fruition. All of these events prohibited missionaries from being sent to Russia. 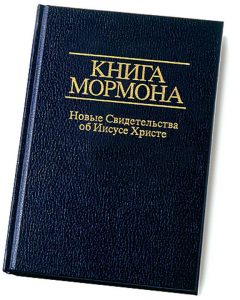 Despite the conflict that was taking place in Russia, during the time the country was the Soviet Union, European members of The Church of Jesus Christ of Latter-day Saints were aiding to introduce the gospel to the Russian people. One Andre Anastasion, an emigrant from Odessa, Ukraine, started to translate the Book of Mormon into Russian soon after his baptism as a member of the Church in 1918. In 1981, the Church published the Book of Mormon in Russian using Andre’s translations as a basis to go by.  Since then, a number of people would soon be converted to the teachings of the Gospel of Jesus Christ in Russia, thus these people becoming essentially pioneers for the Church in the country.

During the End of the Cold War

In 1989, The Terebenin family from what was then Leningrad (or St. Petersburg), Russia, visited friends in Budapest, Hungary. This family in Hungary were members of the Church and invited Yuri, Liudmila, and their daughter Anna to join them for church. The experience Yuri and Liudmila had was life changing. They felt the Spirit at the meetings and knew they needed to meet with missionaries.  Not long after, they were baptized as members of the Church.

Efforts from Finnish members of The Church of Jesus Christ of Latter-day Saints to teach the gospel to their Russian friends helped to bring more Russian converts, one of which was Anton Skripko, the first man to be baptized in Russia.

Russia was going under a huge political reformations, and American members of the Church who lived and had jobs in Moscow at that time were teaching their Russian friends about the Gospel.  One woman, Galina Goncharova, was taught the Gospel by Dohn Thornton, who had given Galina a copy of The Book of Mormon. Upon receiving the book, through tears, she said that she knew right away that this book was from God. In June of 1990, she was became the first convert in Moscow.

As the church was growing in St. Petersburg, Vyborg, Moscow and in other cities, the Church felt the need to send Elder Russell M. Nelson of the Quorum of the Twelve Apostles to Russia to give another dedicatory prayer to supplement Elder Lyman’s that was given almost a century earlier. On April 26, 1990, Elder Nelson offered this prayer in St. Petersburg.

Tamara Efimova, from St. Petersburg, met with a pair of missionaries that same spring while she was visiting a friend. Tamara invited these missionaries to come to her home to share the Gospel with her family members. Her father, Vyacheslav Efimova was doubtful that these missionaries could teach him new information about God. However, the message they taught moved Vyacheslav to believe the truth that these missionaries taught. That June the family was baptized as members of the Church. From the years 1995-1998, Brother Efimova served as Russia’s first native mission president.

In 1991, the Mormon Tabernacle Choir visited the Soviet Union to perform there in Russia. Following their concert, the authorities of Russia announced that the Church was officially recognized by the nation on May 28th.

The Church Today in Russia

In 2011, Elder Nelson returned to Russia to organize the first Stake in Moscow and in the following year, he then organized a second Stake in St. Petersburg.

Although there does not exist a temple yet in Russia, several have been build in surrounding countries such as the Helsinki Finland Temple, dedicated by President Gordon B. Hinckley in 2006, and the Kyiv Ukraine Temple dedicated by President Thomas S. Monson in 2010. Prior to these temples being built, Russian members were only given three choices at the time of which temples they could attend: the temples in Stockholm Sweden, Freiberg Germany, and Seoul Korea.

As prophesied by Church leaders, such as Boyd K. Packer, when members of the Church in Russia continue to serve by being examples of Christ through living and embracing the Gospel, they will find that the Church will grow even more. If they do, they will be promised a temple of their own someday.