Faith LDS History A Legion of Demons Attacked Heber C. Kimball and the Story is... 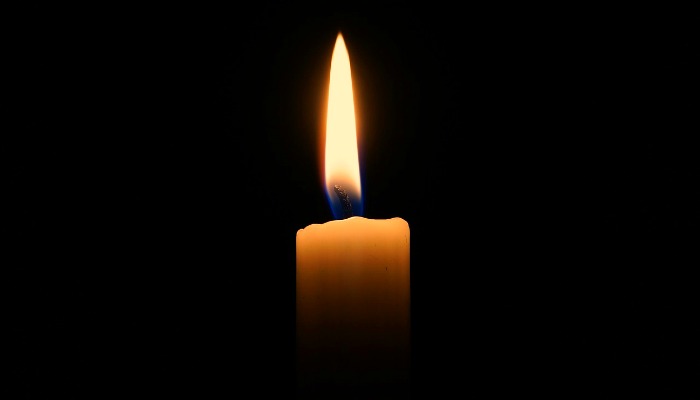 DISCLAIMER: Stories such as the one you’re about to read can be startling to some readers, as they have to do with Satan and his demons. That said, as the brethren involved attest, there are valuable lessons to we can learn from their experience. This story might be comparable in subject matter to that of Moses’ experience with Satan as recorded in The Pearl of Great Price. It’s unnerving, but valuable.

In 1888, Orson F. Whitney published Life of Heber C. Kimball: an apostle: the father and founder of the British Mission, where this story comes from. Orson, President Kimball’s grandson, writes in the preface to the book:

Wherever possible, I have allowed the subject to speak for himself. In lieu of converting facts found of record in his Journal into “original matter,” I have presented them mostly in all their freshness and simplicity; as flowers of the field, with the dew and fragrance of their native meadow yet clinging to them.

What you’ll read of the experience comes from the perspectives of Heber C. Kimball and Orson Hyde, both of which are included in Orson F. Whitney’s work, while Orson adds some transitional commentary. The transcript you are about to read is available in its entirety on this archives website.

Heber C. Kimball and Orson Hyde established the first Latter-day Saint mission in England. They arrived in England in July, 1837.

Landing at Liverpool, they traveled north to Preston … Finding ready acceptance of their message, they baptized more than 140 people by October 1837. They moved up the Ribble Valley, finding other audiences, particularly among the textile workers throughout Lancanshire. By the time they returned home in April 1838, Church membership had grown to about 1,500 people in Britain, in spite of growing opposition, particularly from local clergy.

The experience that follows occurred on July 30th, 1837, as the men worked to establish what would later be known as the “most successful missionary program of the Church in the nineteenth century.”

“Saturday evening,” says Heber C. Kimball, “it was agreed that I should go forward and baptize, the next morning, in the river Ribble, which runs through Preston.

“By this time the adversary of souls began to rage, and he felt determined to destroy us before we had fully established the kingdom of God in that land, and the next morning I witnessed a scene of satanic power and influence which I shall never forget.

“Sunday, July 3Oth, about daybreak, Elder Isaac Russell (who had been appointed to preach on the obelisk in Preston Square, that day,) who slept with Elder Richards in Wilfred Street, came up to the third story, where Elder Hyde and myself were sleeping, and called out, ‘Brother Kimball, I want you should get up and pray for me that I may be delivered from the evil spirits that are tormenting me to such a degree that I feel I cannot live long, unless I obtain relief

“I had been sleeping on the back of the bed. I immediately arose, slipped off at the foot of the bed, and passed round to where he was. Elder Hyde threw his feet out, and sat up in the bed, and we laid hands on him, I being mouth, and prayed that the Lord would have mercy on him, and rebuked the devil.

“While thus engaged, I was struck with great force by some invisible power, and fell senseless on the floor. The first thing I recollected was being supported by Elders Hyde and Richards, who were praying for me; Elder Richards having followed Russell up to my room. Elders Hyde and Richards then assisted me to get on the bed, but my agony was so great I could not endure it, and I arose, bowed my knees and prayed. I then arose and sat up on the bed, when a vision was opened to our minds, and we could distinctly see the evil spirits, who foamed and gnashed their teeth at us.

We gazed upon them about an hour and a half (by Willard’s watch). We were not looking towards the window, but towards the wall. Space appeared before us, and we saw the devils coming in legions, with their leaders, who came within a few feet of us. They came towards us like armies rushing to battle. They appeared to be men of full stature, possessing every form and feature of men in the flesh, who were angry and desperate; and I shall never forget the vindictive malignity depicted on their countenances as they looked me in the eye; and any attempt to paint the scene which then presented itself, or portray their malice and enmity, would be vain.

I perspired exceedingly, my clothes becoming as wet as if I had been taken out of the river. I felt excessive pain, and was in the greatest distress for some time. I cannot even look back on the scene without feelings of horror; yet by it I learned the power of the adversary, his enmity against the servants of God, and got some understanding of the invisible world. We distinctly heard those spirits talk and express their wrath and hellish designs against us. However, the Lord delivered us from them, and blessed us exceedingly that day.”

Elder Hyde’s supplemental description of that fearful scene is as follows, taken from a letter addressed to President Kimball:

“Every circumstance that occurred at that scene of devils is just as fresh in my recollection at this moment as it was at the moment of its occurrence, and will ever remain so. After you were overcome by them and had fallen, their awful rush upon me with knives, threats imprecations and hellish grins, amply convinced me that they were no friends of mine. While you were apparently senseless and lifeless on the floor and upon the bed (after we had laid you there), I stood between you and the devils and fought them and contended with them face to face, until they began to diminish in number and to retreat from the room.

The last imp that left turned round to me as he was going out and said, as if to apologize, and appease my determined opposition to them, ‘I never said anything against you!’ I replied to him thus: ‘It matters not to me whether you have or have not; you are a liar from the beginning! In the name of Jesus Christ, depart! He immediately left, and the room was clear. That closed the scene of devils for that time.”

Years later, narrating the experience of that awful morning to the Prophet Joseph, Heber asked him what it all meant, and whether there was anything wrong with him that he should have such a manifestation.

“No, Brother Heber,” he replied, “at that time you were nigh unto the Lord; there was only a veil between you and Him, but you could not see Him. When I heard of it, it gave me great joy, for I then knew that the work of God had taken root in that land. It was this that caused the devil to make a struggle to kill you.”

Joseph then related some of his own experience, in many contests he had had with the evil one, and said: “The nearer a person approaches the Lord, a greater power will be manifested by the adversary to prevent the accomplishment of His purposes.”

An answer this, for the unbelieving and sophistical, who argue, with the shallow reasoning of Job’s comforters, that they have sinned most who suffer most, and are ever ready to ascribe spiritual manifestations, good or evil, to madness, drunkenness or imbecility. It is needful, we are told, to experience opposites, to be enabled to choose intelligently between them; and to those who have this experience, and who “take the Holy Spirit for their guide,” the way to judge is as plain “as the daylight from the dark night.”

So was it with the Apostles and Elders in Preston, after their terrible encounter with the powers of evil, at Sunday day-break, July 3Oth, 1837. The Spirit of the Lord, with peace and joy that “passeth understanding,” dawned with the Sabbath sun upon their souls. They had tasted of the bitter, and would thenceforth more fully know the sweet; encompassed about by “the horror of darkness,” they hailed with ecstacy till then unknown, the glory of the golden morn.

Incredible experience, right? It’s quite bone-chilling, but here are two valuable lessons that we can learn from what happened that day:

If the hellish powers of the devil are as real as Heber C. Kimball makes them out to be, then the glorious power of God and Christ’s redeeming Atonement must be real as well. That’s quite reassuring.

2. If you’re overwhelmed with adversity, you’re onto something big

Joseph Smith (who knows what he’s talking about) said it as plainly as ever: “The nearer a person approaches the Lord, a greater power will be manifested by the adversary to prevent the accomplishment of His purposes.” If adversity seems to be continually mounting against you, take courage. God is closer than you think.