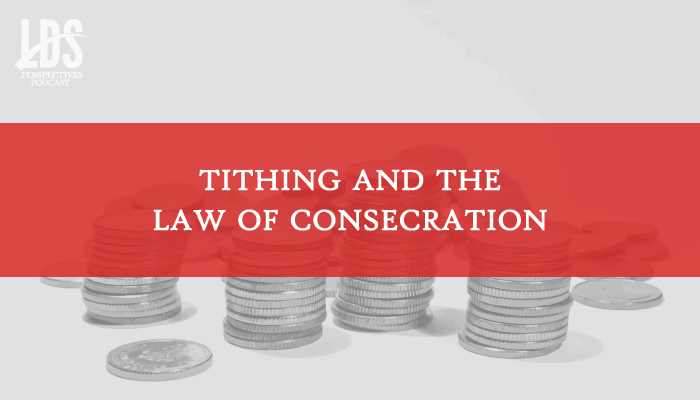 Steven Harper points out that one of things the Revelations in Context series was designed to do was to encourage study of the history and doctrine of the LDS Church in order to get past folk doctrines.

One of the misunderstandings that has developed over time is the relationship between the law of consecration and tithing.

The law of the Lord is given in D&C 42, and it is to love God and love one’s neighbor. All are encouraged to give of their time and temporal means to relieve the suffering of others.

It is not a law governing ownership but one that asks us what we are willing to do with what we have.

Tithing didn’t replace the law of consecration but rather is one way in which we practice it. The law is eternal and does not change, but the way we practice it does.

In the early days of the LDS Church, any freewill offering was considered tithing. This has changed over time.

The law is also about agency, accountability, and stewardship.

Listen in on this fascinating discussion between Steven C. Harper and Nick Galieti of LDS Perspectives Podcast as they delve into the essence of the law of consecration.

Tune in to these podcasts coming up in April: