Faith LDS History The Infamous Story of Mark Hofmann, the Salamander Letter, and the SLC... 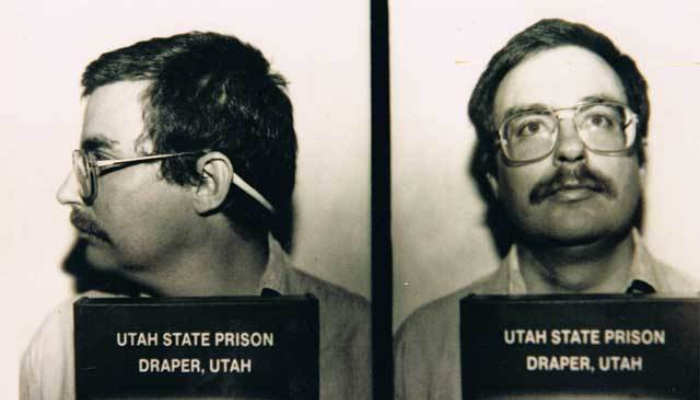 I sold something the other day. The buyer came to pick the item up from my apartment. He paid in cash, but I later noticed something odd about one of the bills he’d given me. Written in the upper margin of the bill someone had written, “white salamander letter.”

As it turns out, one of the latest tactics of critics of The Church of Jesus Christ of Latter-day Saints is to expose unsuspecting members to so-called “faith challenging” issues in unexpected places, and through unexpected means. People have found antagonistic references written inside hotel room Book of Mormons. They’ve found antagonistic pass-along cards left strategically in grocery stores. And apparently, money isn’t even safe anymore.

Aaanyway, in case anyone else has found a bill with “white salamander letter” written on it, I figured I’d give you guys the low-down on what it’s referring to.

Mark Hoffman was born in 1954 in Salt Lake City to a stalwart Latter-day Saint family. He served a mission and even got married in the temple, though he’d later say he really lost his faith in the gospel by the time he was about 14. By his early thirties, as New York document dealer Charles Hamilton said, Hofmann became “unquestionably the most skilled forger this country has ever seen.”

He forged all sorts of stuff. He sold documents bearing the names of George Washington, John Adams, Mark Twain, Abraham Lincoln, Paul Revere, John Hancock, and many others. Around the time of the events described in this article, Hofmann was even negotiating a deal with the Library of Congress for the purchase of an important (and extremely valuable) colonial document known as the “Oath of a Freeman.” Had everything gone according to plan, there might have been a forged document in the National Archives near the Declaration of Independence.

Hofmann also forged many documents relevant to Latter-day Saint Church history. Many were trivial, but some were created to embarrass the Church or cast doubt on aspects of our history. For example, 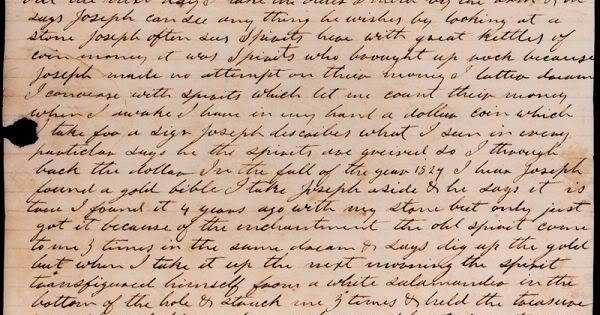 His most notorious Latter-day Saint forgery is the Salamander Letter.

So, a little background: Joseph Smith claimed the angel Moroni appeared to him and told him about the buried ancient record that would later become The Book of Mormon. The Salamander letter is a letter from Martin Harris to William W. Phelps which claimed that Joseph actually learned of the ancient record from a white salamander who transformed into a spirit. Here’s the relevant text from the actual letter:

The intent of the letter was to cast doubt on Joseph’s spiritual experience by associating it with traditional folk magic practices. And some people did indeed leave the Church because of it. In 1987 the Church said they’d “acquired forty-eight documents directly from Mark W. Hofmann—seven documents for a total cash purchase price of $57,100, and forty-one others, less valuable, by donation or trade.”

The Salamander Letter was initially purchased from Hofmann for $40,000 by a Latter-day Saint collector, Steve Christiansen, who also worked as a financial consultant. He then donated the Letter to the Church.

Related: What’s the Deal With the Salamander Letters?

But despite Hofmann’s success in the forgery business, by 1985 he’d racked up over a million dollars in debt. To help pay his creditors he planned to sell the Church a collection of papers purportedly written by William McLellin, including a land deed that connected Joseph Smith with Solomon Spaulding. The Church wanted Steve Christiansen to authenticate the collection. But Hofmann needed to buy himself some more time to create the collection.

So, he made a few bombs. On October 15, 1985, one of those bombs killed Steve Christiansen. To throw investigators off Hofmann’s scent, another bomb was meant for Steve’s former employer, Gary Sheets. Instead, it killed Gary’s wife, Katherine. Hofmann hoped that investigators would suspect the bombings were connected to Steve and Gary’s finance business and had nothing to do with Hofmann himself.

Hofmann had a third bomb. Unfortunately for him, it exploded in his face as he prepped it while in his car near Temple Square and the Church Office Building. Hofmann survived, but the jig was up. Authorities found ample evidence of forgery in his basement. Hofmann confessed to charges of forgery and murder. He’s been in prison now for over 30 years. Nobody but Hofmann knows who the third bomb was meant for.

The Hofmann forgeries have since challenged some peoples’ faith mainly in two ways:

Some people are upset with the Church for supposedly “suppressing” some of these documents (before they knew they were forgeries) because they supposedly stored them in a vault. On that subject John Tvedtnes said,

…placing an historical document in a safe place hardly implies suppression. Burning the document would be a safer way of getting rid of negative evidence.

Are documents ever acquired by the Church and then closed to the public? Of course. This is true of most large archives, as any well-informed person should be aware. Like other archives, the Church Historical Department closes or restricts access to certain documentary materials it acquires from outside sources for [various reasons].

It’s pretty normal for an organization to not immediately publish every newly-acquired document. Exhibit A: the Joseph Smith Papers project. Surely the Church has owned these documents for decades, and it’s not until now that they’ve begun to make them totally available to the public.

Hofmann duped the country’s best experts with his forgeries. He also duped Church leaders. Some people are confused by why our church leaders were not able to discern Hofmann’s forgeries. And the simple answer is… because they’re normal people who can’t read minds. The expectation that God is going to micromanage our prophets to the extent of making them infallible stems from a misunderstanding of what a prophet is and is not, and what revelation is and is not. The prophets themselves clearly do not have this expectation, and our scriptures do not teach this expectation.

Gordon B. Hinckley said, “I frankly admit that Hofmann tricked us. He also tricked experts from New York to Utah, however. We bought those documents only after the assurance that they were genuine. And when we released documents to the press, we stated that we had no way of knowing for sure if they were authentic. I am not ashamed to admit that we were victimized … I am sorry to say that sometimes it happens.”

And certainly, in the Lord’s time, Hofmann’s exploits have been made known unto the world.

Were you around during the Hofmann controversy? Share your thoughts and experience with us in the comments.