Faith LDS History Seer Stones and Manuscripts: The Church Just Handed You an Armload of... 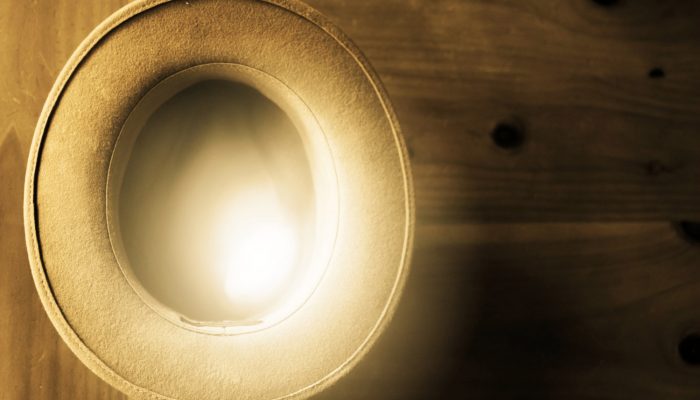 At a news conference held on Wednesday, August 4th, 2015, at the Church History Library, Mormon historians introduced news organizations to a coordinated outpouring of gifts from the Church.

Printer’s Manuscript of the Book of Mormon

As part of the Joseph Smith Papers project, Volume 3—Parts 1 and 2 have just been released in print. They contain the “Printer’s Manuscript” of the Book of Mormon, the earliest intact version of the book. Every original page has been photographed in color. On each opposite page of the new volume, the text has been reproduced in print with the corrections made. There is also an annotation of who made the corrections and how the corrections differ from the original.

After Joseph Smith lost 116 pages of the Book of Mormon manuscript by entrusting them to Martin Harris, he became much more careful with the translation as it came forth. The Printer’s Manuscript was a backup copy to the original and was taken to the printer (EB Grandin) in order to hold back and protect the original copy. Joseph Smith had engaged the services of close associates to be the scribes in creating the Printer’s Manuscript, including his brother Hyrum, Oliver Cowdery, and at least one unidentified scribe. As this copy was created, corrections were made by the Prophet and his scribes to the original text. Some of these corrections were to make language more clear to the general readership than Joseph Smith’s regional dialect would have been. The original translation of the Book of Mormon was ensconced in the cornerstone of the Nauvoo House and water-damaged so seriously that only 28% of it could be salvaged. Royal Skousen had worked tirelessly with these early manuscripts in the possession of the Community of Christ to reclaim the language of the original, and published the results as The Book of Mormon: The Earliest Text. It was his brother Nevin who first began to photograph the pages of the Printer’s Manuscript.

A Look at the Seer Stone used by Joseph Smith

This photograph, included in the Joseph Smith papers Volume 3—Part 1, was taken just a few months prior to the August 2015 press conference.

David Whitmer wrote that “after the translation of the Book of Mormon was finished, early in the spring of 1830, before April 6th, Joseph gave the stone to Oliver Cowdery and told me as well as the rest that he was through with it, and he did not use the stone any more.” Oliver, who was outside the Church for a decade until being rebaptized in 1848, planned to go west to be with the Saints in Utah, but he died in 1850 in Richmond, Missouri, before making the trip. Phineas Young, who had helped bring Oliver Cowdery back into the Church, obtained the seer stone from Oliver’s widow, who was David Whitmer’s sister, Elizabeth Ann Whitmer Cowdery. Phineas in turn gave it to his brother Brigham Young. After Brigham Young died, one of his wives, Zina D. H. Young, who later became the third Relief Society general president, obtained a chocolate-colored seer stone from his estate that matched descriptions of the stone Joseph used to translate the Book of Mormon, and donated it to the Church. Since that time, subsequent Church leaders have acknowledged the Church’s ownership of the seer stone (Quoted from the October 2015 Ensign article linked below).

This is the first time pictures of the seer stone have been produced and published for members of the Church to see. This stone, one of several that Joseph was purported to have, was once described by his associates as dark brown and striated. (The stones that were included in the Nephite interpreters were described as carved and transparent and set in a bow.) After a while, all the stones were referred to as Urim and Thummim (Hebrew for “lights and perfections”).

An Ensign Article on the History of the Book of Mormon Translation, Written by Joseph Smith Papers Scholars

This article will not appear in the Ensign until October 2015, but is available to read online now! The article, by Richard E. Turley, Jr., Assistant Church Historian and Recorder, Robin S. Jensen and Mark Ashurst-McGee, of Church History Department, thoroughly explains Joseph Smith’s use of interpreters and seer stones for the translation of the Book of Mormon.

…historical evidence shows that in addition to the two seer stones known as “interpreters,” Joseph Smith used at least one other seer stone in translating the Book of Mormon, often placing it into a hat in order to block out light. According to Joseph’s contemporaries, he did this in order to better view the words on the stone. [In the Book of Mormon] Alma the Younger gives the interpreters to his son Helaman. “Preserve these interpreters,” Alma counsels him, referring to the two stones in silver bows. But Alma also quotes a prophecy that appears to refer to a single stone: “And the Lord said: I will prepare unto my servant Gazelem, a stone, which shall shine forth in darkness unto light” (Alma 37:21, 23).

An Era of Increasing Cooperation and Good Feelings between the LDS Church and the Community of Christ (Formerly the Reorganized Church of Jesus Christ of Latter-day Saints).

In attendance at the press conference were Robin Linkhart of the Presidency of the Seventy of the Community of Christ and Lochlan McKay of the Seventy of the Community of Christ. Linkhart serves from Denver and oversees missionary work for the Community of Christ in the western US, but she has spent a great deal of time in Salt Lake City with her involvement in this grand project. Likewise, Lochlan McKay has been intimately involved. He lauded the increasing cooperation of the two churches, saying that often, Mormons and members of the ‘Reorganized Church’ are not just from the same tradition, but the same families, divided when some followed Brigham Young to the west and others stayed behind to affiliate with the descendants of Joseph Smith.

The Community of Christ won much praise from LDS Church historians for the way they have preserved and kept safe the Printer’s Manuscript and other documents and historical items in their possession. As far as the manuscript is concerned, the Mormon Church was able to further enhance its lifespan by cleaning it through advanced technology, winning the gratitude of the Community of Christ.

As the Joseph Smith Papers project moves forward to a possible 30-volume fruition, with many historical documents and objects in the possession of the Community of Christ, a good working relationship will continue into the future. Although the ice was broken by historians from both churches collaborating over recent decades, kind association has continued with increased cooperation regarding historic sites sacred to all from the Latter-day Saint tradition. LDS missionaries who have served in Kirtland can attest to the generous access they’ve been accorded to sacred sites there by the Community of Christ.