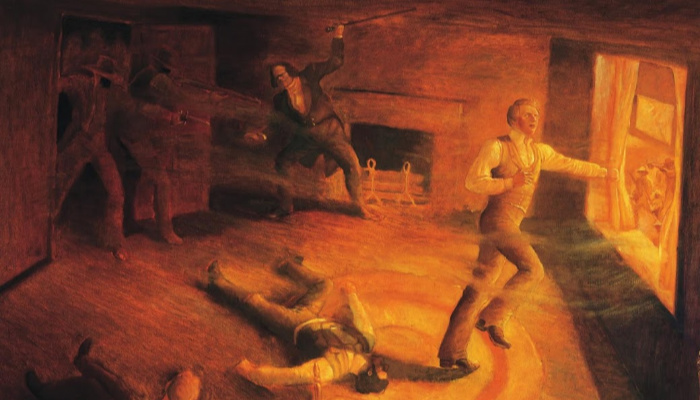 Willard Richards was born on June 24, 1804, in Massachusetts. He was only 18 months older than Joseph Smith. Brigham Young baptized Willard into The Church of Jesus Christ on New Year’s eve, 1836. By 1844, Willard stood incarcerated at Carthage Jail next to Joseph Smith, Hyrum Smith, and John Taylor.

We don’t know much about the circumstances of this prophecy. We don’t know where it happened, nor who was there to hear it. All we do know is that Joseph probably gave it in 1843. According to History of the Church, Joseph Smith prophesied that,

The time would come that the balls would fly around [Willard] like hail, and he should see his friends fall on the right and on the left, but that there should not be a hole in his garment. 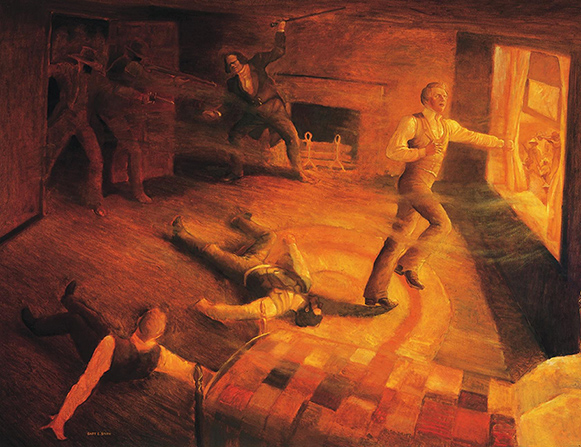 On the afternoon of June 27, 1844, a mob of about 200 men rushed the jail. Soon, the captives were pushing back against a horde of men trying to break through the door. Musket fire rang out. Hyrum was the first to fall, taking a ball to the face.

“I am a dead man!” he yelled, falling to the floor. Additional shots riddled through Hyrum’s body. He was dead moments later.

Joseph fought back desperately, firing a few rounds into the entryway with his six-shooter pistol. John Taylor then took Joseph’s place, using a walking stick to fend off the muskets jamming themselves through the door. When that seemed hopeless, John went for the open window. Before he could leap from the second story room, a ball struck his left thigh, lodging itself in deep. Another shot came from the outside of the window, hitting him in the vest pocket and knocking him back into the room. Two more shots found their mark. One hit John’s left wrist, the other just under his left knee.

Helpless, John rolled under the only bed in the room. He was far from danger, though. One more shot struck his left hip, “which tore the flesh in a shocking manner, and large quantities of blood were scattered upon the wall and floor.”

Joseph, “seeing there was no safety in the room, and no doubt thinking that it would save the lives of his brethren in the room if he could get out, turned calmly from the door, dropped his pistol on the floor and sprang into the window when two balls pierced him from the door, and one entered his right breast from without, and he fell outward into the hands of his murderers, exclaiming. ‘O Lord, my God!'” 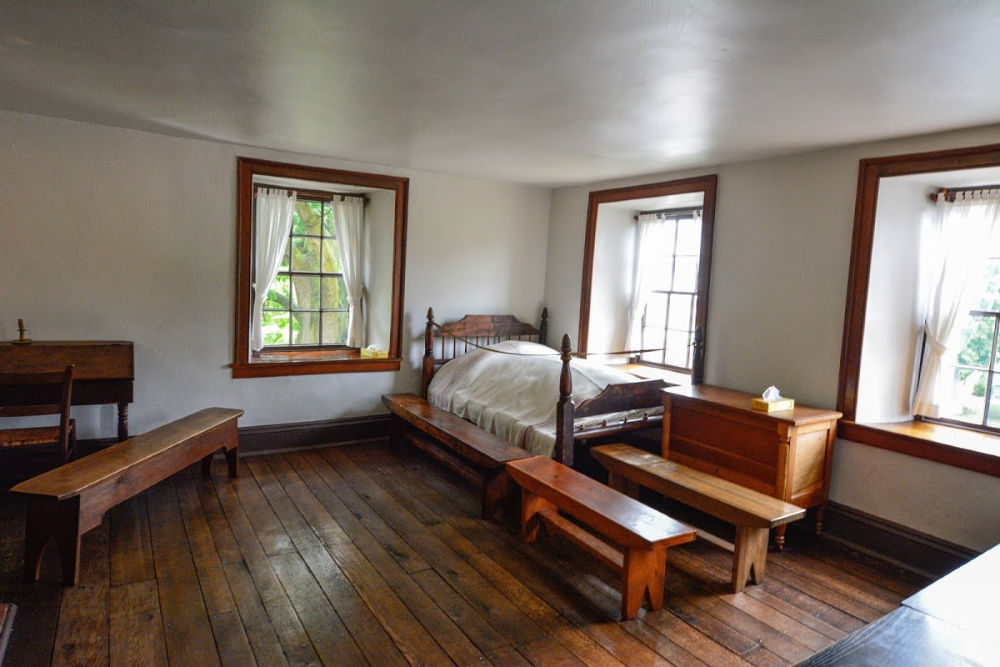 “He’s leaped from the window!” a face from the mob hollered. Feet quickly began shuffling down the stairs they’d climbed with murderous intent minutes earlier. Willard, the only man left standing, approached the window and looked down. His friend and prophet, Joseph, lay dead below, surrounded by the mob.

Willard then advanced towards the now-vacant door, wondering if escape would be possible. He heard a weak voice from under the bed. “Take me,” John Taylor said.

Willard took John in his arms and retreated to a room on the first floor of the jail. Expecting another attack from the mob, he covered John with a mattress. Some of the mob did indeed return, running up the stairs to the initial battle scene. Only Hyrum’s body remained.

“The Mormons are coming!” someone shouted. And as soon as the mob had arrived, they were gone.

Joseph and Hyrum were dead. John was severely injured, having been shot a handful of times. Astoundingly, Willard Richards’ only injury was “a ball which grazed the tip end of the lower part of his left ear.” Surely, balls did fly around him like hail, he saw his friends fall on the right and on the left, but he left with not one hole in his garment.

We love stories from Church history like this. What’s your favorite? Let us know in the comments.