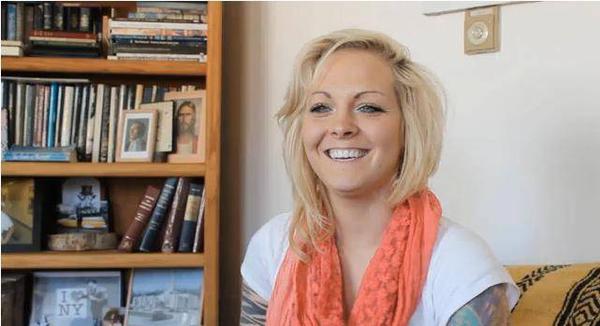 On her blog “In the Head of Al,”  Al Fox Carraway, the “Tattooed Mormon” tackles some questions about temple worship and attendance. Her comment on when the time is right to receive the endowment is especially insightful. Below is an excerpt from her blog post.

Exactly two years ago to the day, I went to the the Provo Temple and got endowed. It wasn’t because I was going on a mission, and it wasn’t because I was getting married, (not saying those aren’t awesome and just as important reasons, just as long as you’re going for you and for the right reasons) I went because I wanted to go on my own, I went because it was individually really important to me. I went because I wanted to be closer to God and strengthen my relationship with Him.  Two weeks later, I became an ordinance worker. Since then, and aside from the nights I worked there, I have been to the temple at least every week since this day two years ago. I honestly don’t know what I’d do without it. But there are plenty of those who have not yet been and have questions about it. Here are my responses. ‘What if I’m really nervous to go? And but Al, isn’t the temple a little weird the first time you go?’ Let me just shake you now and yell, ‘No!’ You’re going to the Lord’s house, don’t be nervous. It is filled with nothing but the spirit. When people speak to those who haven’t gone to the temple yet, I think they focused too much on the whole ‘it’s so different’ phrase that it unnecessarily freaks people out for no reason. Don’t get freaked out. Sure, it’s different in a sense that we don’t do this in church, but you will be surprised at how comfortable you are there and how strongly you will feel a familiarity with everything, and you will feel that it is in fact the Lords literal house, and He does walk those hallways, and He does know every time you are there and you can feel it. If things don’t make sense to you the first time, is that not just more of a witness that it is not from man? Don’t get confused or discouraged, take confidence knowing that spiritual things come directly from God, not man, and will be new, but oh so exciting! ‘What about garments?’ Right after I got baptized, on P-day, I played a ball game at the church with the missionaries. I had no idea what they were at the time, but I noticed everyone wearing them, even the sisters. I had no idea they were tied to the temple, no one ever mentioned them to me yet, yet for some reason, when I saw them I immediately wanted them. For some reason, when I saw them I thought ‘protection.’ For years, going to the temple was my top priority, I wanted it so badly, and I wanted to wear garments so badly, (I might be the only one).  When the time came and I got to put them on, I was so excited I flung open my dressing room door (note: dressing room door, for those that were wondering) in only my garments, in front of 3 80-ish year old temple workers and started to do a dance, I am not kidding. Could you imagine the temple workers’ faces when I did that? Haha. They aren’t ugly, they aren’t weird, they aren’t uncomfortable, and the promises that are tied to them, are my favorite promises from the temple (if I am allowed to pick favorites, haha). The only negative thoughts on garments, and I mean this in the nicest, non offensive way possible, are tied to prideful and selfish reasons. Here’s the deal, temple garments are the only tangible thing you can take with you from the temple and I feel truly spoiled I can always have that with me.

Continue Reading on “In the Head of Al.”

It’s Time! Here’s How to Submit Your Nominee for the LDSPMA Awards