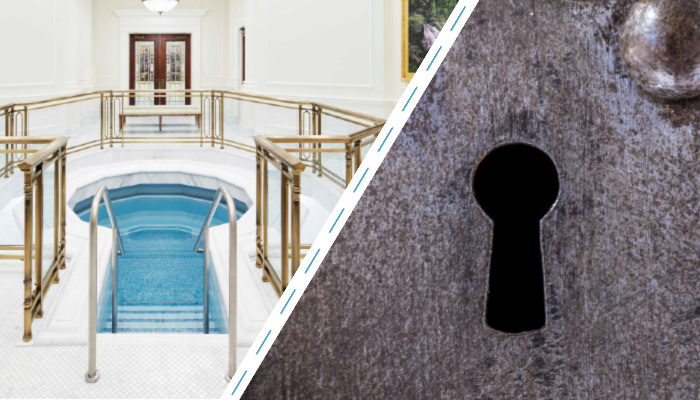 First, let’s start with a few things you probably do know about Latter-day Saint temple baptismal fonts. For instance, they’re absolutely beautiful. They’re used to perform vicarious baptisms for our deceased ancestors who never had the opportunity to be baptized. They almost always stand on top of twelve oxen, symbolic of the twelve tribes of Israel and reminiscent of the “brazen sea” associated with Old Testament temples.

Now here are a few things you might not have realized about temple baptismal fonts:

A view from above

Take a look at this baptismal font from the Memphis Tennessee Temple (or most any other temple font in the world): 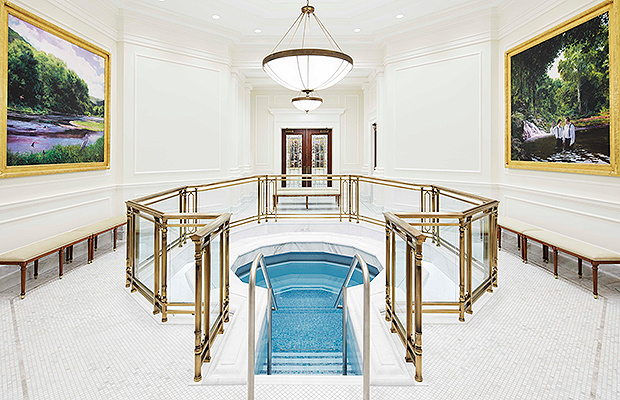 Notice anything about the font’s actual shape? Try to imagine you’re above the font, looking down. Can you spot any interesting symbolism? To me, from above, most temple baptismal fonts look a little something like this: 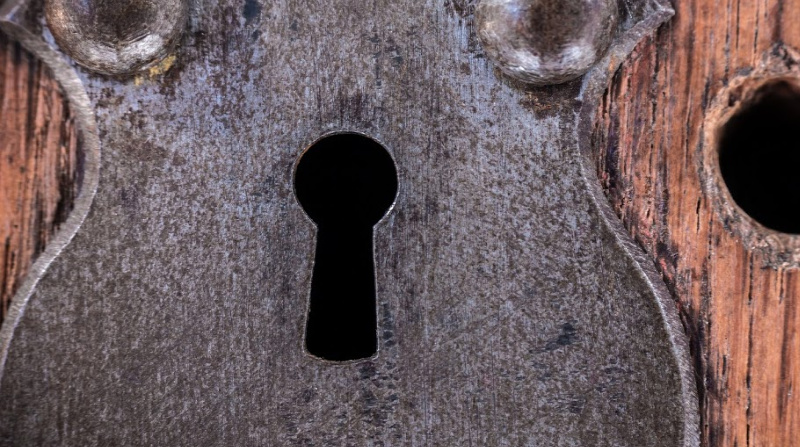 Coincidence? Probably. But whether it’s intentional or not, I think the symbolism is still pretty awesome. Truly, baptism is the ordinance that unlocks the door to the covenant path. Especially in the context of vicarious ordinances, think of how you are the key to getting that door unlocked for your deceased ancestors.

Consider the defensive tactics of Musk Oxen. When predators move in (Arctic Wolves, in the case of the video below) the oxen form a protective ring around their young—the newest and most vulnerable members of the herd. As long as the oxen maintain that ring, the wolves will almost always give up the hunt. They’re no match for the 800-pound adults.

Now, take another look at the oxen below this baptismal font:

There they are, in a defensive ring. Who are they defending? The youngest, most vulnerable members of the herd: the person being baptized in the font.

There’s an important lesson about fellowship here. Are you a mature, experienced ox in the herd? Or are you one of the young ones? If you’re a mature adult, you have a responsibility to protect the younger members. As soon as that defensive ring breaks ranks, the wolves move in, and the disadvantaged baby ox doesn’t stand a chance. Don’t break the defensive circle. And if you’re not part of one, find one. There are more than enough youngins that need your help. The font is merely symbolic. It’s you and I that are charged with doing the heavy lifting.

The tribes of Israel 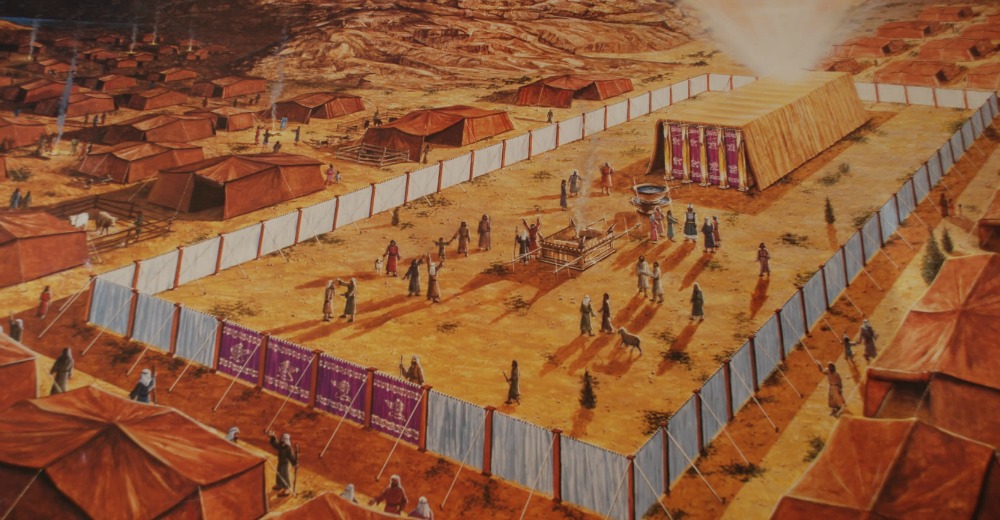 In other words, three tribes faced the North, three to the East, three to the South, and three to the West. Therefore, there are three oxen facing in each direction under our fonts, symbolic of the Israelite encampment. But notice that the tribe of Joseph is represented by his sons, Ephraim and Manasseh. So, technically, we’re dealing with 13 tribes of Israel, not just 12. We have 12 accounted for in the encampment set-up so far, but there’s one tribe missing from that list. Did you notice which one? … … … It’s Levi. The tribe of Aaronic Priesthood holders and temple officiators (or tabernacle officiators, at that time). Where is the tribe of Levi in all of this? Number 2:17 answers our question (parenthetical added):

Then the tabernacle of the congregation shall set forward with the camp of the Levites in the midst of the camp: as they encamp, so shall they set forward, every man in his place by their standards (or tribal flags/banners).

The Levites, along with the temple, were located in the center of the encampment. Likewise, it is an Aaronic Priesthood holder who waits in the center of the baptismal font for the one being baptized to enter. The priesthood-holder completes the symbolic representation of the camp of Israel.

Combined with our previous observation about Musk Oxen defensive circles, keeping the temple in the center of the encampment shows us what the Israelites prized and protected the most.

And there you have it: A few things you might not have known about Latter-day Saint temple baptismal fonts.

Did we miss anything? Let us know what cool observations you’ve made about temple fonts in the comments!