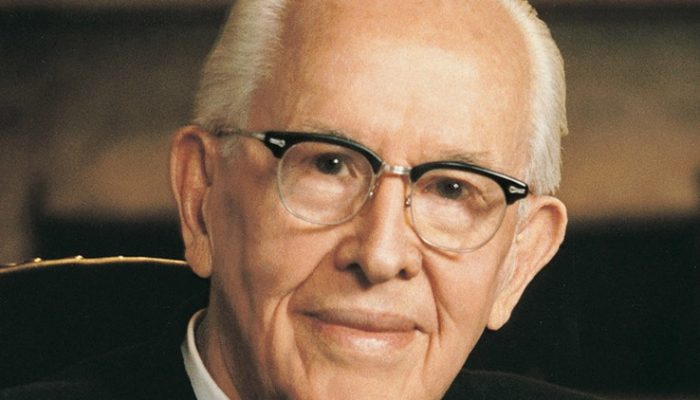 In 2015, the Melchizedek Priesthood quorums and the Relief Society will study the life and teachings of President Ezra Taft Benson. This is part of the ongoing Teachings of the Presidents of the Church series.

Ezra Taft Benson was the 12th President of the Church of Jesus Christ of Latter-day Saints and presided from 1985 to 1994. He was born in Whitney, Idaho in 1899 and lived there for much of his childhood. He served a mission to England and after a distinguished college education began a career in agriculture. President Benson served on the National Council of Farmer Cooperatives in the early 1940s and was the United States Secretary of Agriculture under Dwight D. Eisenhower, gaining tremendous respect for his political and religious views while in office. In 1943, he was called as a member of the Quorum of the Twelve Apostles. As president of the Church, President Benson shared a deep love and advocacy for the Book of Mormon.

Sheri Dew said the following in a life sketch about President Benson delivered on November 13th as part of the Men and Women of Faith Lecture Series on Temple Square:

Studying the life of a prophet is more, much more, than simply recounting events. It is an opportunity to see the hand of the Lord in action as He prepares and tutors a man to be ready when the moment comes that He anoints him as His mouthpiece on the earth.

You can read a condensed version of Sheri Dew’s life sketch of President Benson on the Church News website. The Ezra Taft Benson manual is available online and print copies are available for leaders to order.