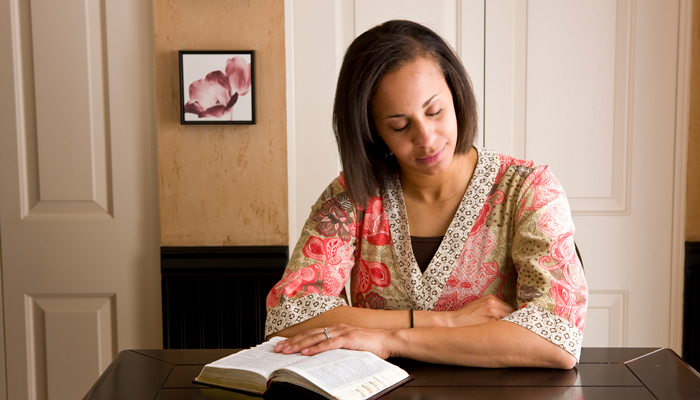 I have faith in my mother’s prayers.

As a child my family knelt down in prayer together each morning. My older siblings had early morning seminary. We prayed before six A.M. I just wanted to go back to bed.

So when my mother, a faithful woman all her life, raised by solemn and devoted members, 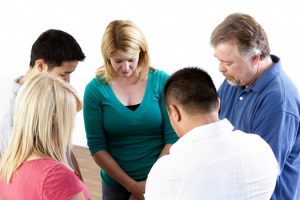 said the morning prayer, my sleepy ten-year-old brain was far less invested than I wish it had been. I should have learned from my mother’s prayers.

The main problem was this: her prayers were long.

Was there a single creature on God’s green earth she didn’t call upon the Lord to bless? My mother prayed for the sinner and the saint, for the sick and the well, for the rich to be humble and for the poor to be lifted, for family, for strangers, for the leaders of the country and the leaders of The Church.

I Should Have Listened

I am now establishing my own home and family, and seeking to continue the tradition of family prayer. As the new matriarch of my family, I wonder, sincerely, how my mother did it. I wish I had paid more attention to her thoughtful, faithful, insightful prayers. I wish I had gleaned all I could from those mornings we spent getting carpet patterns molded to our knees, instead of nodding to sleep while her words lifted to heaven.

I wish I had seen how she spoke to Father in Heaven with respect but also with love. I wish I had watched how she formed a relationship with a figure she could neither see, nor hear, nor touch. I wish I had learned how to pray when that chance lay fully before me.

Mercifully, though I missed those opportunities for growth, I was blessed with experiences which gave me faith in prayer, thanks to my wonderful, prayerful mother.

I was blessed several times by the prayers of my mother, because her prayers were, perhaps, most earnest, most faithful, and most fervent when she prayed for her four little children. 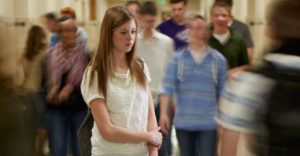 twelve year-old, who felt bullied and rejected by my peers. I had a few friends in the grade below me, but my own classmates either ignored, teased, or verbally assaulted me. I was a pariah at school – too bookish, churchy and quiet, for social acceptance. At church there was no one my age to befriend. I spent most of my time online, or in books.

During this period of my life, my mother had been praying regularly, and specifically, that someone would move into the ward and be my friend. Halfway through the school year, when most people are pretty much settled, my mother’s prayer was answered. 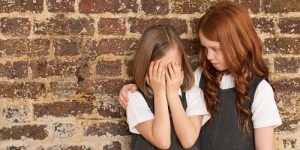 The new girl was outgoing, brave, goofy, and also in need of support and friendship. We became confidants, friends and eventually, all but sisters. Mallory is my best friend to this day and stood beside my two biological sisters on my wedding day.

At that moment I understood the power of my mother’s prayers for the first time.

The second time came years later, when I was a twenty-something-year-old, heartbroken woman, who had just been dumped after the longest romantic relationship of my life. The relationship had lasted a total of one week.

I rarely dated. I wasn’t sure why, but had convinced myself that it was because I was slightly on the curvy side, more than slightly awkward, and generally undesirable. The men who seemed interested in me were (with some exceptions) weirdos. I became familiar with first dates, because of my foolishly optimistic opinion that everyone deserved at least one date. That someone might surprise me. That a free dinner was worth one night’s awkward conversation. All of which was false.

My mother, by the way, had been – praying practically since my birth – that I would find a good, faithful, caring husband. That prayer seemed, just then, pretty much impossible. How do you marry if you never date?

At this point my beautiful, vivacious best friend got asked out (for the millionth time) by a tall handsome young man at church. He had dark, curly hair and green eyes and a strong faith in the gospel of Christ. He had recently returned from his mission. He was, by all accounts, a catch.

Oddly enough, his initial interest in Mallory set the stage for our courtship. I originally met him to scope him out and make sure he was good enough for my best friend. I found that he was quiet, funny and smart. He had a soothing voice and made fascinating conversation.

A year and two months later that man became my husband. He is everything my mother prayed he would be, and everything I never thought I would have. We just celebrated our two year anniversary, and every day he continues to amaze me with his faith and generosity.

He is truly an answer to prayer. Two different prayers brought him into my life. When I was twelve my mother asked Heavenly Father to give me a friend. When I was twenty-one that friend led me to my husband.