Faith Is Everybody Still Calling Us Mormons? 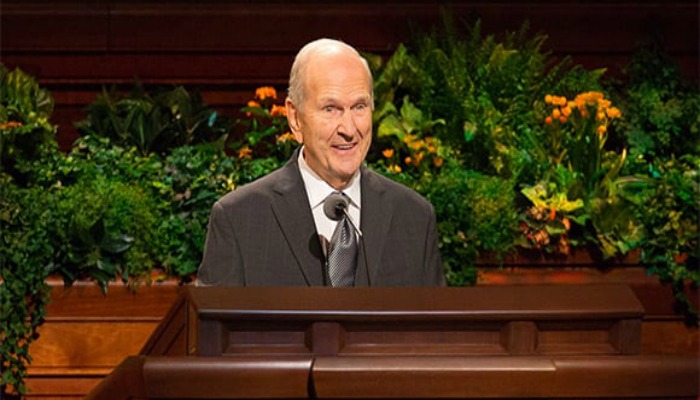 It’s been almost a year since The Church of Jesus Christ of Latter-day Saints put out an official statement “regarding the name of the Church.”  This was followed by a talk given by President Russell M. Nelson in general conference which made waves in and outside the Church. He called for a renewed emphasis in correctly using the full name of the Church—The Church of Jesus Christ of Latter-day Saints.

Here are a few key quotes from his address:

…the name of the Church is not negotiable. When the Savior clearly states what the name of His Church should be and even precedes His declaration with, “Thus shall my church be called,” He is serious. And if we allow nicknames to be used or adopt or even sponsor those nicknames ourselves, He is offended…

…To remove the Lord’s name from the Lord’s Church is a major victory for Satan. When we discard the Savior’s name, we are subtly disregarding all that Jesus Christ did for us—even His Atonement…

…When we omit His name from His Church, we are inadvertently removing Him as the central focus of our lives.

The rest of the world may or may not follow our lead in calling us by the correct name. But it is disingenuous for us to be frustrated if most of the world calls the Church and its members by the wrong names if we do the same.

In other words, no more using the terms (or allowing others to use) “Mormons,” “LDS,” “Mormonism,” “Church of the Latter-day Saints,” etc.

With this in mind, let’s take a look at how this transition has been going so far and what needs to happen to make it an even smoother one going into the future. 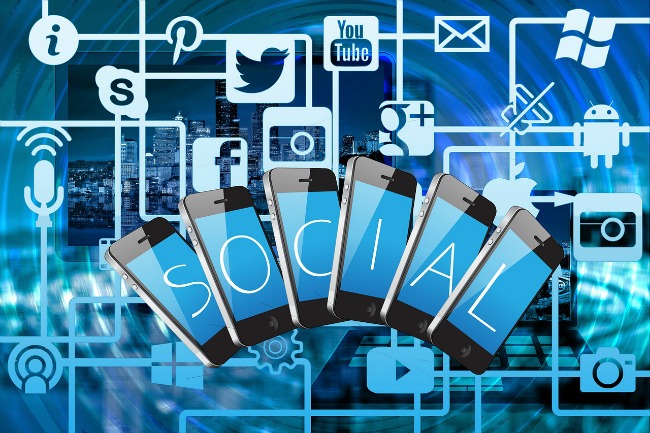 One of the greatest concerns that arose following President Nelson’s address was that of the impending changes that Church-related websites, magazines, blogs, etc. would need to make to follow his counsel.

He foresaw the potential ramifications of such a “correction.”

Because of the digital world in which we live and with search engine optimization that helps all of us find information we need almost instantly—including information about the Lord’s Church—critics say that a correction at this point is unwise.

We will want to be courteous and patient in our efforts to correct these errors. Responsible media will be sympathetic in responding to our request.

While it has taken some time—as we knew it would—the vast majority of sites have since adjusted to this change.

This article cites many of the official changes that have been made. Here are a few:

Related: Why the name “The Church of Jesus Christ of Latter-day Saints?” 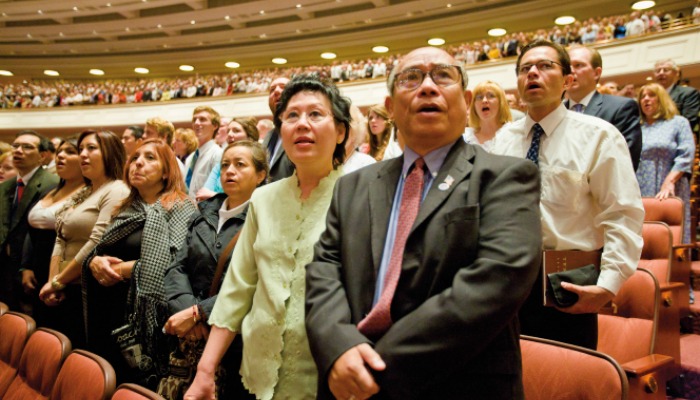 Within the Church, it seems that 3 categories exist as it relates to using the correct name of the Church:

It’s pretty safe to say that most faithful members fall into the second category, those trying their best to adhere to the style guide given out by the Church. In attending Church and conversing with many members from across the country, I have definitely noticed a significant improvement. We are trying harder to use the name of Christ. I have been lovingly (and unlovingly) corrected more than once by friends and family as I have improperly called us “Mormons” or “LDS.”

Though it may be uncomfortable for us, we have a responsibility to ensure that those around us are properly labeling the Church and its members in everyday conversation.

As far as the response by those outside the Church following President Nelson’s talk, the reaction has been mixed. The overall tone from the media seemed to be one of surprise. Why would the Church do this? Don’t they realize it’s going to hurt their brand and recognition?

Besides, it wasn’t long ago that the Church seemed to embrace the nickname “Mormon” along with others.

One article from a well-known news station reported: “Why the Mormon church changed its name.” The author initially used the correct name of the Church. But only for the first few paragraphs. Following his introduction; however, he reverts back to the common nicknames “Mormon” and “Mormonism.” In fact, I counted close to 30 times he incorrectly referred to the Church, as opposed to about 5 where he correctly labeled the Church and its members.

Needless to say, there is still plenty of room for improvement. But we are making progress.

As President Nelson said, we should “…be courteous and patient” to all (inside and outside) the Church who still struggle to use the proper name of the Church. Indeed, it’s going to take time for us all to get used to using the full nine-word name of the Church—what one writer from the New York Times called a “mouthful.”

Though we understand that not everyone will quit calling us “Mormons,” a good place to start would be us as members of The Church of Jesus Christ of Latter-day Saints correctly referring to ourselves. If we practice what we preach, so to say, others outside the Church may follow suit.

In truth, many have responded positively and respectfully to this request. 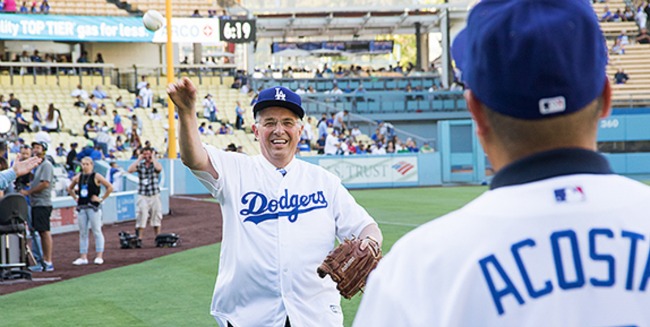 One encouraging story that transpired just a couple of weeks ago happened at a professional baseball game.

For many years the Church had been holding a “Mormon Night” during a game for the Los Angeles Dodgers. This year, the event was changed to “The Church of Jesus Christ of Latter-day Saints Family Night at Dodger Stadium.” Elder Andersen, of the Quorum of the 12 Apostles, threw out the first pitch and was elated about the change.

It will be a very big satisfaction for me to tell President Nelson that the announcer said it very, very clearly two or three times — ‘The Church of Jesus Christ of Latter-day Saints.’

The Church is headed in the right direction as far as I’m concerned. While it may seem like a small thing for a baseball team to start using the full name of the Church, the positive effects from it may remain untold.

Think about it. Over 50,000 people attended the game, how many of them had never heard the full name of the Church, but only knew of us as “Mormons?”

I’d say quite a few. Small victories like this—simply creating awareness as to the true name of the Church—will go a long way over time. As the leaders of the Church, and members in general, continue to emphasize the Savior’s name in referring to our Church, more and more people will begin to accept it. Though it’s only been a year, thousands have already done so.

The Name of the Church—Christ’s name— is important.

President Nelson left a beautiful promise in closing his conference address one year ago:

My dear brothers and sisters, I promise you that if we will do our best to restore the correct name of the Lord’s Church, He whose Church this is will pour down His power and blessings upon the heads of the Latter-day Saints, the likes of which we have never seen.

As the Prophet stated, the Lord will tremendously bless us “if we will do our best to restore the correct name of the Lord’s Church.”