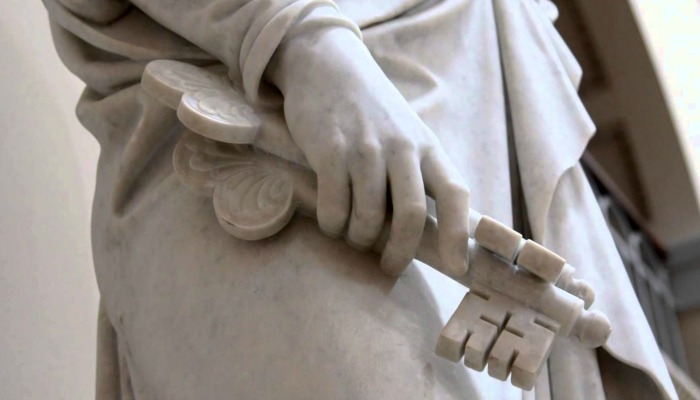 Not all true statements are of equal value.

We are told that “by the power of the Holy Ghost [we] may know the truth of all things (Moroni 10:5),” but surely this is not binary activity. In other words, the Holy Ghost is far more anxious to testify of some truths than others and much more intensely.

For example, because we are all children of heavenly parents and Jesus is as well, we can infer that this makes him our older brother, but the Holy Ghost is not anxious to testify of this truth and may give it a mere tepid nod. Other truths about Jesus having to do with His coming down among us, suffering, atoning, dying and resurrecting, as found throughout scripture, are accompanied by spiritual surge.

In a certain way, we can know that we are zeroing on what God would have us learn, know and do as we engage in a sort of Hot/Cold game. As we get closer to saving, meaningful truth, the Holy Ghost testifies more intensely.

Another example of this might include the difference in spiritual witness that accompanies a discussion of the separateness of the godhead versus their unity. The Book of Mormon emphatically declares that they are one (Mormon 7:7; 1 Nephi 13:41; 2 Nephi 31:21; and Testimony of the Three Witnesses), and a deep dive into how they are one instead of being content with, “well, they are one in purpose,” will yield great spiritual fruit. A discussion of their separateness is usually academic.

God Cares More about Some Aspects of Priesthood than Others

Power and authority discussions have their place when properly structured to teach that no power or authority is ever possessed by the priesthood holder independent of the will and work of the Savior.

Frequently, power and authority discussions quickly become detached from Him whose power it is—partly because of the wording of the phrase “Priesthood is the power and authority of God delegated to man on earth.” Too often, what is inferred from the phrase is that God’s power and authority are delegated at ordination. But the scriptures and modern prophets are clear that priesthood power is entirely dependent upon the priesthood bearer aligning with the Savior as His representative. Section 121 warns of this in sobering, matter-of-fact language.

“We have learned by sad experience that it is the nature and disposition of almost all men, as soon as they get a little authority, as they suppose, they will immediately begin to exercise unrighteous dominion.” and when he is unrighteous, “amen to the priesthood or the authority of that man.”

The Holy Spirit is far more anxious to teach and testify that priesthood is about representing the Savior.

Family scientist, Dr. Lynn Skoresby, explained representation this way: “Faithlessness takes on a focused hostility when there is mistreatment, indifference, abuse or other forms of parental irresponsibility.  Especially this is true when fathers not only fail to act to organize their families but act to hurt their children.  Then we learn, in a very sad and sobering way, that one who holds the priesthood does in fact represent the Savior to his children.  In this case, mistreatment by a father quickly leads to the suspicion that the Savior cannot be trusted either.” 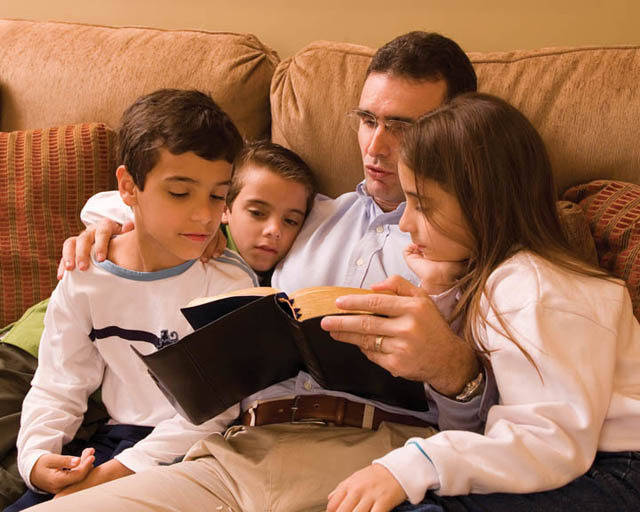 In October Conference, 1978, President Tanner said, “Remember, you who conduct worthiness interviews are representatives of the Lord and you must conduct the interviews as the Lord Himself would conduct them.”

Alma’s discourse to the Ammonihahites is perhaps the greatest presentation of priesthood found anywhere. He makes it clear that Melchizedek is a Christ-type, in name, Melchizedek means ‘king of righteousness’ and in circumstance “and Melchizedek did establish peace in the land in his days; therefore he was called the prince of peace, for he was the king of Salem; and he did reign under his father (Alma 13:18).”

One of the many key points of Alma’s discourse is that high priests “were ordained after the order of his Son, in a manner that thereby the people might know in what manner to look forward to his Son for redemption (Alma 13:2).”

Identity with the Savior, which largely comes from his grace, is what authenticates priesthood.

In Moses 1, Jesus refers to Moses as his son, “And, behold, thou art my son; wherefore look, and I will show thee the workmanship of mine hands;” Chapter 1 is a sermon on priesthood and representation and also a recognition of the true origin of power and authority.

The ‘son’ reference is particularly noteworthy. As used in the context of chapter 1, Moses being called God’s son refers to sonship by virtue of entering into Jesus’ order of the priesthood.

“And thou art after the order of him who was without beginning of days or end of years, from all eternity to all eternity. Behold, thou art one in me, a son of God; and thus may all become my sons (Moses 6:67-68).”

Moses’ sonship is what qualifies him to represent the Savior just as Jesus represents his father.

Other references include Hebrews 7:3 JST:

“For this Melchizedek was ordained a priest after the order of the Son of God, which order was without father, without mother, without descent, having neither beginning of days, nor end of life. And all those who are ordained unto this priesthood are made like unto the Son of God, abiding a priest continually.”

“…we truly can command in the name of Jesus and the very trees obey us, or the mountains, or the waves of the sea.”

“Behold, thou art Nephi, and I am God. Behold, I declare it unto thee in the presence of mine angels, that ye shall have power over this people, and shall smite the earth with famine, and with pestilence, and destruction, according to the wickedness of this people. Behold, I give unto you power, that whatsoever ye shall seal on earth shall be sealed in heaven; and whatsoever ye shall loose on earth shall be loosed in heaven; and thus shall ye have power among this people.”

When priesthood is properly taught, we who hold the Melchizedek priesthood are left with no excuse, argument or justification for unkind, despotic, or unrighteous behavior. What we are left with is a Savior who is quick to forgive and anxious to give priesthood power to those who humbly turn and seek His face.

The underbelly of the inference that power and authority are obtained at the point of ordination is that some men incorrectly assume, in spite of overwhelming scriptural evidence to the contrary, that their priesthood is operative and that they are to be respected even when abusive.

In my own ministry, when I teach about the Melchizedek priesthood to young men, power and authority discussions are firmly rooted in the source of that power and that there is no power independent of Him. All things are to be done with the understanding that the priesthood is His order. All things are to be done in His name, by the will of God, and always extend His salvation to His children and never for self-promotion or aggrandizement.

Whenever there is a report of abuse of any kind by someone who has entered into his order of the priesthood or by someone in a position of authority who excuses or condones such behavior, I wonder if an improper understanding of priesthood is in any way contributing.

I have sat through meetings about priesthood where scripture is rarely used and the Savior receives only a casual mention but where there is emphatic pontification about power and authority. In these cases, the witness of the Holy Ghost is lukewarm at best. When the scriptures drive the discussion and when Jesus is at the core, there is a deluge of witness.