Faith 3 Truths About Revelation You Haven’t Considered Yet 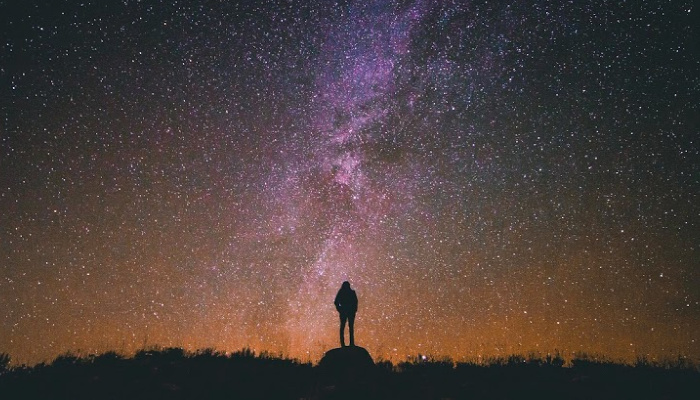 Many of the misconceptions surrounding The Church of Jesus Christ of Latter-day Saints (both from within and without the Church) stem from an incomplete understanding of the nature of revelation. In fact, I’d go so far as to say that most of the controversial questions about our faith, in one way or another, relate back to this principle. So, what do we know about revelation?

Well, in a nutshell, revelation is divine communication from God to us. Most of us know that. The problem is, that’s usually where we stop: at the surface. It’s a great place to start, but revelation is so much more beautiful, complicated, and nuanced than a phone line between us and God. Here are three truths about revelation that you may have yet to consider, but that may make all the difference for you as you strive to understand this essential principle:

1. Revelation is sometimes a total setup

Jump in my DeLorean and travel back in time with me to the era of the brother of Jared, Mahonri. Here’s what’s going on:

And the Lord said: Go to work and build, after the manner of barges which ye have hitherto built. And it came to pass that the brother of Jared did go to work, and also his brethren, and built barges after the manner which they had built, according to the instructions of the Lord. And they were small, and they were light upon the water, even like unto the lightness of a fowl upon the water.

And it came to pass that the brother of Jared cried unto the Lord, saying: O Lord, I have performed the work which thou hast commanded me, and I have made the barges according as thou hast directed me.

And behold, O Lord, in them there is no light; whither shall we steer? And also we shall perish, for in them we cannot breathe, save it is the air which is in them; therefore we shall perish.

According to the text, Mahonri and his people had built barges before. But these new ones were slightly different, as noted in the last paragraph: “…there is not light; whither shall we steer? And also we shall perish, for in them we cannot breathe … therefore we shall perish.”

Can you imagine being a member of Mahonri’s group at this time? The prophet returns from the mountain with instructions from the Lord on how to build these barges. You notice very quickly the obvious problems. You realize that this supposed revelation from God will, in fact, kill you, along with everyone else. What gives? What kind of revelation is that? What the heck, God?

It was a setup.

Obviously, the Lord knew full-well what his instructions implied (death). But, of course, despite what this revelation entailed, it was not the will of God that the Jaredites follow His instructions and die. Rather, it was a plot laid for the Jaredites, designed to bring them back to Him to receive more revelation.

And that’s exactly what Mahonri did. But it’s also important to recognize the magnificent faith that group displayed, for Mahonri only returned for more instructions after the death-trap barges were already built. He acted on the revelation he had (which was incomplete, inconsistent, and potentially harmful), and then received more revelation later.

So, if you receive a revelation (or if you notice a revelation from Church history) that doesn’t make sense, remember that it may be a setup. It may be intentionally incomplete, vague, or downright counter-intuitive on purpose to drive you back to the Lord for more light and understanding.

2. Revelation can be accommodating

Welcome back to the DeLorean. Let’s put some distance between us and the tower of Babel era. Let’s head for the coasts of New Testament Judea. Ah, fresh Mediterranean air, white-sand beaches, and, oh, look, the Pharisees are at it again. They’re always trying to back that Jesus into a corner…

The Pharisees also came unto him, tempting him, and saying unto him, Is it lawful for a man to put away his wife for every cause?

And he answered and said unto them, Have ye not read, that he which made them at the beginning made them male and female,

And said, For this cause shall a man leave father and mother, and shall cleave to his wife: and they twain shall be one flesh?

Wherefore they are no more twain, but one flesh. What therefore God hath joined together, let not man put asunder.

They say unto him, Why did Moses then command to give a writing of divorcement, and to put her away?

He saith unto them, Moses because of the hardness of your hearts suffered you to put away your wives: but from the beginning it was not so.

In other words, “If husband and wife are meant to be together forever, why is divorce a provision of the law God gave to the prophet Moses?” Christ’s reply is instructive. In my own words: “In a perfect world, divorce wouldn’t be allowed. But you all live in a fallen world. And because you can’t handle the higher law, I allowed Moses to allow divorce. But it’s not ideal.”

Historian of Religion Ben Spackman touched on this principle in 2017. He said,

…what Jesus is saying is, even though it’s Torah, even though it’s from God’s mouth, that doesn’t mean it reflects an ideal, eternal, ultimate perspective. God had to adapt even his laws down to your hard hearts, and that’s why divorce is allowed.

The Law of Moses as a whole follows a similar pattern. Because Israel could not abide a higher law, they were provided with the lesser law. It wasn’t ideal, but frankly, it was merciful. Had they been held to a higher standard they were unable to reach, their condemnation would have been all the more serious.

The point is: Sometimes God allows something (and it may even qualify as true revelation), but it may not be ideal. How does this principle apply today? That’s for you to figure out. Personally, I find it comforting to know that just because a certain revelation may come from God, doesn’t necessarily mean it’s God’s eternal will. The revelation may very well be accommodating to our circumstances, culture, and ability.

Related: How Do We Receive Personal Revelation?

3. Revelation is often adapted to culture and environment

OK, one more ride in the DeLorean and then we’re done. We’re going way back to Middle Kingdom Egypt. In the book of Genesis, in chronological order, we get the following:

And there was a famine in the land: and Abram went down into Egypt to sojourn there; for the famine was grievous in the land.

And Abraham went up out of Egypt, he, and his wife, and all that he had, and Lot with him, into the south.

Those probably seem like weird scriptures to tie together but bear with me. The law of circumcision was given to Abraham as a sign or token of the Abrahamic Covenant. You probably already knew that. What you may not have known is that Abraham was not the first person to practice circumcision. It was a cultural practice before Abraham, for example, in Egypt. It’s interesting, then, that the practice is only implemented (as per the scriptures quoted above) only after Abraham visited Egypt.

What does this mean for revelation? Ben Spackman, once again, said it best:

Aspects of revelation, then, will strongly reflect their environment, and are a necessary part of that revelation, not a detriment to its revelatory quality. Environmental similarities may or may not indicate ‘borrowing’ or ‘remixing,’ but they don’t automatically preclude revelation … Jesus transformed water into wine, he didn’t produce it ex nihilo.

Revelation is far from a black and white principle. Oftentimes it’s incomplete and additive. Sometimes it’s adapted to our circumstances and may not represent the eternal ideal. And sometimes it’s hard to draw the line between divine and environmental influences, because God oftentimes uses our environment to present the divine in an understandable way.

We’ve expanded the statement, “revelation is divine communication from God to us,” quite a bit. But again, don’t stop here. Understanding revelation is essential to our spiritual health, and it’s a life-long effort.

For behold, thus saith the Lord God: I will give unto the children of men line upon line, precept upon precept, here a little and there a little; and blessed are those who hearken unto my precepts, and lend an ear unto my counsel, for they shall learn wisdom; for unto him that receiveth I will give more; and from them that shall say, We have enough, from them shall be taken away even that which they have.

What are some important aspects of revelation this article did not cover? Let us know in the comments!

Additional resources: Historian of Religion Ben Spackman has done extensive research on the subjects of revelation as being additive, accommodating, and adaptive. My first exposure to some of these principles were through his work. Check it out:

Revelation, Adaptation, and the Temple: “Everything is a Remix”

Truth, Scripture, and Interpretation: Some Precursors to Reading Genesis