Faith The Revolutionary War and the Restoration 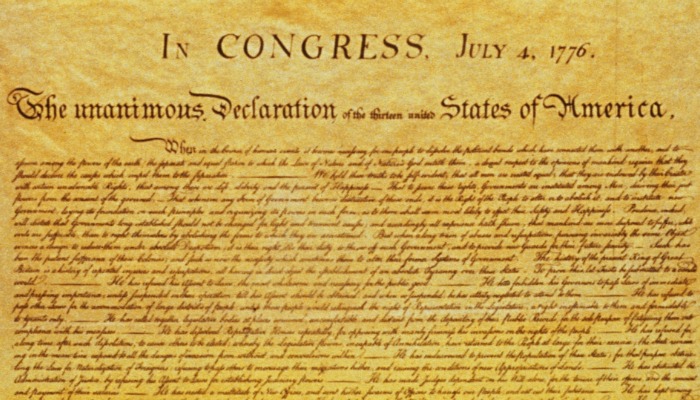 As Mormons, we look at America as the only place in the world in 1820 where enough freedom of religion existed that the restored church could survive. Even the religious freedom that existed at the time was barely enough for the Latter-day Saints to survive. The Revolutionary War was necessary to get to that point.

Many of the immigrants living in the American colonies in the 1700’s had fled religious persecution in Europe. They saw their cause as noble and wanted to succeed in America to be a sort of light on the hill. They saw themselves as living according to the true plan of God in separating themselves from the Anglican Church in England and Catholic orthodoxy in Europe.

The traditional churches and their leaders in Europe deeply felt that chaos would be the result of letting people believe any way they wanted, and they felt they had the only truth. They saw order in having a national religion. This seemed so important, that they were very willing to punish heretics by killing them.

As America lurched towards a war of independence from England, loyalties of colonists were divided. Some wanted independence and some were loyal to England. This usually resulted in strong feelings for or against the Church of England, the Anglican Church.

Strong religious feelings became stronger. Many felt like God’s will was to fight against England and the mother church as their oppressors. Members of the Church of England who had made America their home were especially embroiled in controversy that split their congregations. Anglican ministers had sworn an oath to be loyal to the king. Prayer books and hymns included prayers for the English king.

As the war was on the horizon, an upswelling of millennial fervor occurred. Some outspoken ministers saw America as God’s favored country, to which Christ would come. They saw Him ruling the world from America. When America won that war, this idea became even more powerful.

Everyone, even non-believers, felt an upswelling of hope for America as a chosen nation. Benjamin Franklin came up with a design for the great seal of the new nation. It shows the Exodus, and Israel’s oppressors being drowned in the Red Sea. Of course, it was Israel that was righteous, fighting for freedom. 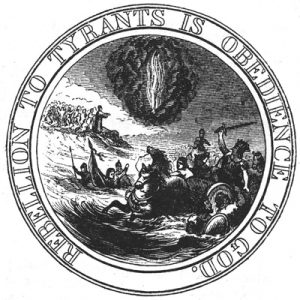 Jonathan Mayhew was as liberal as religious people got in those days. A Congregationalist minister in Boston, he strongly believed in independence. He “considered the Church of England as a dangerous, almost diabolical, enemy of the New England Way.” He helped move along the idea that resistance against England was the moral, chosen path. Meanwhile, the British began to view the colonists as religious fanatics.

After the war, churches formally split from their mother churches in England and Europe. The American Episcopal Church became America’s separate version of Anglicanism. The Methodist Episcopal Church was also organized. The Presbyterians in America broke with the church in Scotland to become a distinctly American church.

As millennial fervor increased with the feeling that America was chosen and holy, ministers began to promote their truly American religions and congregations. The Second Great Awakening (creating the religious fervor experienced by Joseph Smith’s family) began in 1790. Many converts believed that the Awakening heralded a new millennial age.

Many reform movements sprang from the Second Great Awakening. Some were “restorationist” movements, where adherents believed there needed to be a cleansing and a return to Christ’s original church. Some believed it was the organization of religion that needed to be reformed to look more like the original created by Christ. Others believed a return to spiritual things needed to happen. Still others believed that authority had been lost and needed to be regained. Many restorationists found their way into The Church of Jesus Christ of Latter-day Saints through special spiritual experiences that led them in that direction.

American independence was absolutely necessary for the true restoration to take place. Gratitude for America’s triumph against the Kings and bishops of England should be part of our Independence Day remembrances.