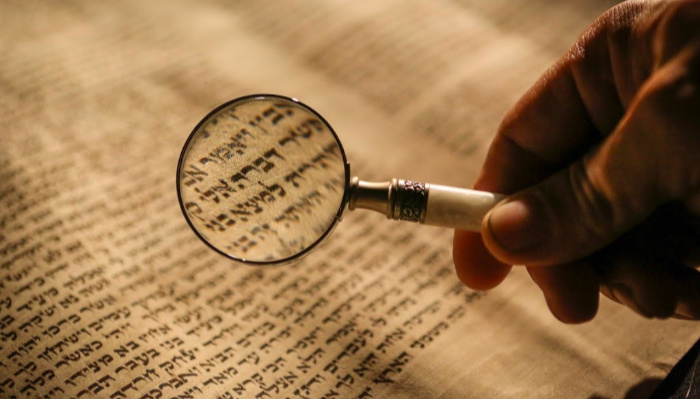 A new find in the Dead Sea Scrolls suggests that what Joseph Smith wrote about some of the antediluvian patriarchs in the Book of Moses might not be so crazy, after all. To best explain the significance of the find, we’ll need to go over a good amount of background information (the body of this article). But if you’ve only got a few seconds to spare, you can read the nutshell version below, or skip to the long version:

While the Latter-day Saint Book of Moses connects Enoch to a “book of remembrance,” it’s clear from Moses 6:2-5 that the book of remembrance was actually initially associated with Seth and his son, Enos. A recent discovery in the Dead Sea Scrolls provides detailed corroboratory evidence for this claim. To date, there is no evidence that Joseph Smith would have had access to this information from contemporary literature.

The Book of Moses

After translating the Book of Mormon, the prophet Joseph Smith set out to provide a new translation of the Bible, (which we now refer to as the Joseph Smith Translation, or JST). Only parts of the JST have been incorporated into the Latter-day Saint canon today. One of those canonized sections is known as the Book of Moses, and is currently found within the Pearl of Great Price. This scriptural expansion was revealed to Joseph Smith as part of the JST as he progressed through the book of Genesis in the Old Testament.

The Book of Moses repeats many of the details found in Genesis, but it also contains many new details not found in the Bible.

Specifically, multiple chapters in the Book of Moses deal with the patriarch Enoch, and his experiences with God. The King James Version of the Bible mentions Enoch only briefly, though from what we read about him, he was clearly an important figure in ancient times. (See Heb. 11:5 and Jude 1:14.)

It is significant that Joseph Smith wrote about Enoch because access to extra-biblical accounts about Enoch in Joseph’s day would have been severely limited (see notes at end of the article). But since Joseph’s day, many purported Enochic writings have been discovered. This gives us a rare opportunity to compare what Joseph said about Enoch with what these ancient writings say about Enoch.

About this unique opportunity, scholar Hugh Nibley once wrote,

“There never was a more delightfully vulnerable and testable object. It offers the nearest thing to a perfectly foolproof test—neat, clear-cut, and decisive—of Joseph Smith’s claim to inspiration.”

It comes as no surprise to believers that several details in Joseph Smith’s story of Enoch are confirmed by extra-biblical sources such as the Book of Giants, and Secrets of Enoch. One of the details that has attracted considerable attention is Enoch’s “book of remembrance.”

Enoch’s access to a book of remembrance is not a detail found in the Bible.

“For a book of remembrance we have written among us, according to the pattern given by the finger of God; and it is given in our own language” (Moses 6:46).

Significant research has shown over the last several decades that ancient sources do indeed suggest that Enoch possessed such a book, though in less specific terms (it’s often referred to as a tablet of stone or a collection of books, instead of a “book of remembrance”).

A neglected detail and corroborating evidence

Though it is apparent in the Book of Moses that Enoch certainly obtained the book of remembrance, it’s also apparent that he was not the individual who first wrote in, or had access to it. There are two references to a “book of remembrance” in the Book of Moses. Moses 6:46 places the book in Enoch’s hands, but Moses 6:2-5 gives more context to the story (emphasis added):

And Adam knew his wife again, and she bare a son, and he called his name Seth. And Adam glorified the name of God; for he said: God hath appointed me another seed, instead of Abel, whom Cain slew.

And God revealed himself unto Seth, and he rebelled not, but offered an acceptable sacrifice, like unto his brother Abel. And to him also was born a son, and he called his name Enos.

And then began these men to call upon the name of the Lord, and the Lord blessed them;

And a book of remembrance was kept, in the which was recorded, in the language of Adam, for it was given unto as many as called upon God to write by the spirit of inspiration;

Based on this text, the story of the book of remembrance begins with Seth and his son, Enos. And with that understanding, we can finally talk about the Dead Sea Scrolls.

The Secret of the Way Things Are

To date, there is no evidence that Joseph Smith had access to any extra-biblical Enochic literature that contained these details about Seth and Enos (it is highly doubted that this information existed anywhere in Joseph Smith’s day).

However, these unique details find astounding corroboration in one of the Dead Sea Scrolls discovered in a Qumran cave more than 100 years after Joseph’s death. The record is called The Secret of the Way Things Are. Here’s what it says (emphasis added):

You are one who understands. Your poverty is your reward in the remembrance of time, [for] the decree is engraved, and inscribed is every time of punishment, for that which is decreed is engraved in stone before God, over all […] the children of Seth. A book of remembrance stands written before Him for those who keep His words; and that is the ‘Vision of Insight,’ the book of remembrance, and he bequeathed it to Enosh with a spiritual people, because his nature was patterned after the holy angels. But ‘Insight’ he did not again give to carnal souls, for they did not know the difference between good and evil according to the judgment of His spirit.

This is the first known example of an ancient source that addresses this detail. The Secret of the Way Things Are is incredibly clear: Seth and Enos (Enosh) are directly associated with not just stone tablets, but specifically a “book of remembrance.”

What does this tell us about Joseph Smith?

Our options are limited:

Option 1 is an easy (though not exactly academically honest) way of brushing off Joseph’s seemingly unending “lucky guesses,” but it’s an option.

Option 2 comes with many unanswered questions: Where did he gather this information from? If a potential source is found in the future, is there any evidence he had access to it? If evidence is lacking, what are the chances Joseph realistically had access to it? If he included these extra-biblical details on purpose as evidence to support his prophetic claims, why did he never refer to them as such throughout his life?

Option 3 will surely be the Latter-day Saint conclusion. It’s worth noting for good measure that articles like these should not be a basis for one’s testimony of Joseph Smith. That said, hopefully, Latter-day Saints will find this information to be faith-affirming. I do.

So, what do you think? Let us know your thoughts in the comments!

Additional notes from the author:

So, how was the connection discovered? You may have noticed that throughout this article I haven’t referenced any shnazzy academic journals or cutting-edge scholars. That’s because, surprisingly, I (the author) was the person who stumbled upon the translation of The Secret of the Way Things Are and saw the connection. I found it while skimming through a translation of the Dead Sea Scrolls I had purchased a few days earlier for three dollars at a local thrift shop.

I debated whether or not to mention this detail in the article because I didn’t want my purpose to be misconstrued as a 2,000-word-long pat on the back. I simply hope others find the information in this article as faith-affirming as I do. In all reality, the fact that I accidentally stumbled upon this find is simply evidence that you don’t have to be a scholar to put pieces like this together. It makes me wonder what else hasn’t been discovered yet that’s been in plain sight for decades but has slipped through the cracks.

That said, lest you question the authenticity of the find, I assure you it has been confirmed by multiple experts in this field.

Could Joseph Smith have ripped off the “book of remembrance” idea from contemporary sources?

Very few extra-biblical Enochic writings would have been available to Joseph Smith in 1830, the year he produced the Book of Moses. The most obvious candidate would be 1 Enoch, as translated from an Ethiopian manuscript and published in 1821 by Richard Laurence. This was the very first English translation of an extra-biblical Enochic writing, and the only ancient work Joseph could possibly have had access to (that I am aware of).

There is no evidence to suggest that Joseph did have access to it, though some critics have insisted that this is the only way to account for the impressive parallels between the texts (though even if Joseph did have access to it, 1 Enoch still fails to address many of the details Joseph included that have since been corroborated by other writings). Historians such as Richard Bushman find the likelihood of Joseph having access to this work to be incredibly small. Richard Bushman wrote, “It is scarcely conceivable that Joseph Smith knew of Laurence’s Enoch translation.”

Of course, if 1 Enoch retains a genuine record of Enoch, and the Book of Moses does the same, then we should expect to find at least some similarities. For instance, 1 Enoch speaks of a book descending from heaven to Enoch upon which is written the “works of man; And of all the children of flesh upon the earth.”

From the perspective of a skeptic, if Joseph had access to this text (which there is no indication he did), then it’s feasible he could have taken some of these 1 Enoch ideas and fraudulently used them in the Moses account. But it’s also worthwhile to point out that even Joseph’s most staunch contemporary critics—the people actively looking for Joseph’s “sources”—seem to be unaware of 1 Enoch. How incredible that a man in his mid-twenties was aware, had access to, and was so intimately familiar with this writing while nobody around him (critics, theologians, and even believers) seem to have been.

That said, 1 Enoch does not specifically mention a “book of remembrance” at all and does not place any kind of book in the hands of Seth and Enos. Thus, the most likely source for this information (from a skeptical approach) utterly fails to provide the details that have been corroborated by The Secret of the Way Things Are. The latter source specifically references a “book of remembrance” in no uncertain terms, and associates it specifically with Seth and Enos, just as Joseph Smith’s revelation indicated.