Hasten How the Gospel Answers a Long Standing Physics Problem 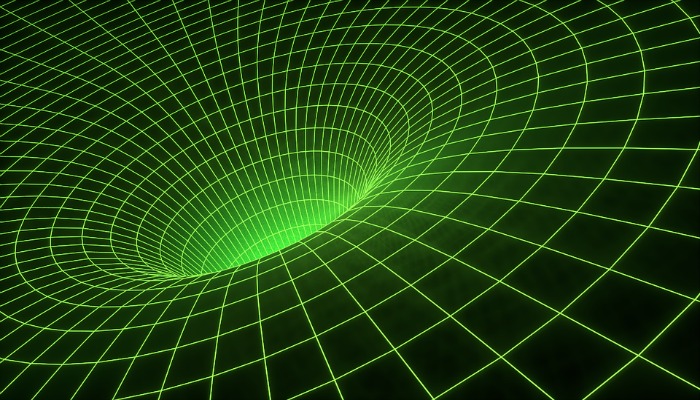 The ‘problem of time‘ is the term for one of the most interesting challenges facing physicists today. It consists in reconciling the differences between Newtonian physics and Einstein’s special relativity. Sir Isaac Newton described time as, “Absolute, true and mathematical time, of itself, and from its own nature, flows equably, without regard to anything external.” In this way of thinking time is like gravity; a force that is universal. Einstein, however, explains time as something that is malleable. That means it isn’t actually like gravity, in fact, it suggests that time might not exist outside of our system.

Newtonian physics observes time as a force here on earth and the surrounding regions but Einstien suggests that time does not operate the same elsewhere. Why does time seem to work here but not elsewhere? This question is known as the problem of time and believe it or not, the gospel might just answer this longstanding conundrum.

A Gospel-Based Explanation of Time.

The scriptural record seems to concur with Newton’s idea of time existing, at least here on earth. The record also supports Einstein’s idea that time doesn’t exist in the same way everywhere or for everyone. The story of the restored gospel is that there were preexistent intelligences that an all-powerful God elevated and organized into His spirit sons and daughters. He ordained laws that, if followed, enable these sons and daughters to progress until they become like Him. How would this progression be described? Here a little and there a little.

Related: We Have Always Existed

If progression of this kind requires incremental change, then time must be instituted. Time, by definition, is the intervening period between an initiation and a conclusion. When the Father commenced His work with His children He also began time, because of that initiation. This time is sequential. One day becomes two, one century becomes two and so on. Time builds and has a definite direction: forward. This is because there will be a conclusion. The Father will do something that ends time. This event draws nearer and nearer, which means that anything subject to the intervening time is moving from the point of beginning toward the winding up scene. 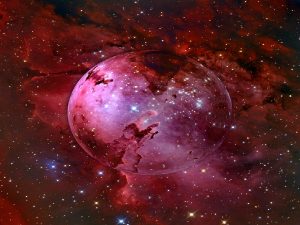 Jesus Christ tells us He was with the Father from the beginning. When was the beginning? It was when the Father began His plan to exalt His spirit children. The plan was introduced to the spirit children in a grand council. Jesus Christ was indeed with the Father in this beginning episode as He was chosen to be the Messiah. As Messiah, He would sacrifice his whole soul so as to redeem the souls who would live the Father’s gospel plan. With the Lamb now slain, even from the foundation of the world, the plan of salvation could begin in earnest. 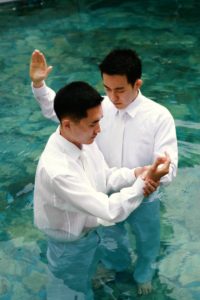 Time is only measured by mortal people. This is because only mortal people are subject to the effects of Father’s initiation and conclusion. Everyone who is alive has chosen to take part in the Father’s plan to become like him. Mortality itself is a probation or a period of time that allows for testing and change. Change is the measure of difference across time. The Father intends for His children to increase in righteousness from the beginning to the end of time. This is done by obeying His gospel. Time enables change, hence the need for time to be created.

The means of change in God’s children is God’s power. Through faith, people increase their personal righteousness, but this change can only occur when time lasts. When the Father takes actions to conclude His work, time ends and no more change can take place. The spirit children are then the same forever after. Perhaps this is what the scriptures mean when they say that we can labor only while the day lasts. 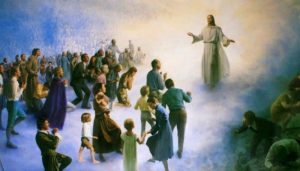 When sufficient time has elapsed to allow His children ample opportunity for righteous change, God will end time on earth. He will do this by resurrecting and judging His children. Resurrection is the condition of having the preexistent spirit permanently bound to a corporeal body. The scriptures describe this resurrected body as perfect, it doesn’t get tired or sick, it doesn’t die. Nothing about it ever changes and therefore those who possess such bodies exist out of time.

Judgment is the ultimate realization of God’s plan. All of His children are brought back into His presence to account for their use of time on earth. God then awards them a kingdom. There are many kingdoms and each denotes a degree of God’s glory. God’s goal is to bestow the fullness of His glory on all of His children. The fullness of God’s glory is to live the kind of life He lives, which He calls eternal life. Eternal life is living with God in the family unit amidst all power and glory forever.

These two events wrap up time. There is no more change in God’s children who have been resurrected. Time is only measured to those who are subject to the intervening time of an act of initiation and conclusion. The question can then be raised, how might God experience time if He creates it but is not subject to its effects?

The first record that we have of God dealing with periods of time is in the creation drama. Everything is created in periods of time that the records call days. These days have specific, preplanned, purposes. The day starts with the creation of the earth, seas, animals, plants, etc.  and the day ends only when each respective work is completed. God tells the first man Adam that he will die in the day that he enters into mortality. This ‘day’ of life for Man may be similar to the days of creation. That is, it may be a measure of the beginning of a work to the end thereof.

God’s work relative to His children is to bring them back into his presence clothed in immortal bodies. Adam’s day, therefore, was when God began this work with him and that day concluded when Adam died and was brought before his maker. This might make the warning that God gave Adam about partaking of the forbidden fruit make more sense. God was explaining the probation that would follow consumption. It was the first instance of God revealing the plan of salvation.

The prophet Joseph Smith once taught that to God there isn’t really a past or a future but that everything was one eternal now. God Himself has said that all things are before His face and that there is no beginning or end to His work. He also explained to Abraham that He is aware that there are revolutions of planets around stars and that those mechanics can work as a clock.

One way for mortals to conceptualize this is to understand that God’s days are endless because He has always been about His eternal work. A day begins when He goes to work, creating and peopling worlds and revealing His gospel to those people. The day ends when a given work is complete.

He is endless and eternal so His work is similarly endless and eternal. Day after day after day it’s the same cycle of work. He is probably aware that He has been at it for a certain amount of planetary revolutions but it doesn’t seem that this is important. The words “dispensations” and “generations” may apply to this idea of how God tells time. He presides over His changing children, who are in time, but He himself is endless. He is the beginning and end of time but does not dwell in it.

Resolving the Problem of Time

The gospel does not necessarily resolve the differences in the equations that describe time as universal and time as malleable and perhaps non-existent. What it does do is provide a plausible narrative as to why time as we observe it exists here on earth but not everywhere. Time may be a crucial element of God’s plan. It very well may be the physical description if not the actual substance of the scriptural term ‘probation’. We are told that the time to repent is running out.  We can repent and change only when time exists. It seems urgency is the word of the day.