Scripture Old Testament How Abigail Stood Up to David 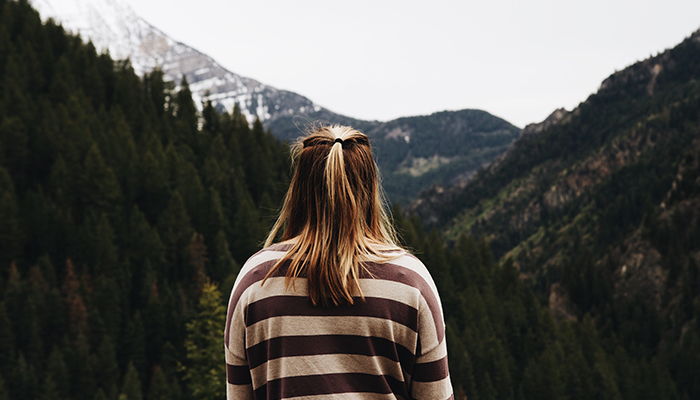 “Abigail is a type of Christ, willingly to satisfy the demands of justice by taking upon herself the sins of another (in this case Nabal’s) and offering to the wronged party (David) mercy and forgiveness.” —Heather Farrell

Saul had been trying to kill David for many years. While he’d been evading the forces of Saul, David found the sleeping King in a cave among his army. David snuck into the cave and could’ve killed Saul. He didn’t, and Saul told David that David was more righteous than him. David left the cave with his men and approached a man named Nabal whom David had helped before. David asked Nabal for food, but Nabal rebuffed him. David marched to destroy Nabal.

Abigail was married to Nabal. A servant ran and told her all that had happened. Alarmed that David was marching to destroy her household, she gathered together provisions and went out to David’s army. She offered David the food and drink and begged him to turn aside his anger, reminding him that he had just spared Saul’s life. David thanked and left. Nabal died a week later, and Abigail married David.

Abigail was married to an awful man. Nabal is described as being “churlish and evil in his doings.” We might assume that Abigail intensely disliked Nabal and having to belong to him. David avenging himself on Nabal could have been a good thing for her in the short term; however, Abigail had the foresight to look past her immediate discomfort, and place her faith in the Lord.

She says, “Now therefore, my lord, as the Lord liveth, and as thy soul liveth, seeing the Lord hath withholden thee from coming to shed blood, and from avenging thyself with thine own hand, now let thine enemies, and they that seek evil to my lord, be as Nabal.” Or in other words, you trusted in the Lord to take care of Saul and your other enemies for you, trust in him now to take care of Nabal and don’t sully your hands with Nabal’s blood.

In Family Home Evening, use Abigail’s example to illustrate the good things that come from trusting the Lord. How did the Lord reward Abigail’s foresight and faith in the Lord? He delivered her from an awful marriage, and gave her the opportunity to improve her life with David. How can we trust in the Lord to fight our battles for us? Just like Abigail and her foresight, how can we help ourselves in conjunction with the Lord’s divine aid?

Use the example of Abigail in lessons about trusting in the Lord, listening to the Spirit, and enduring our present trials.