Faith Shame, Guilt, and Why You Need to Know the Difference 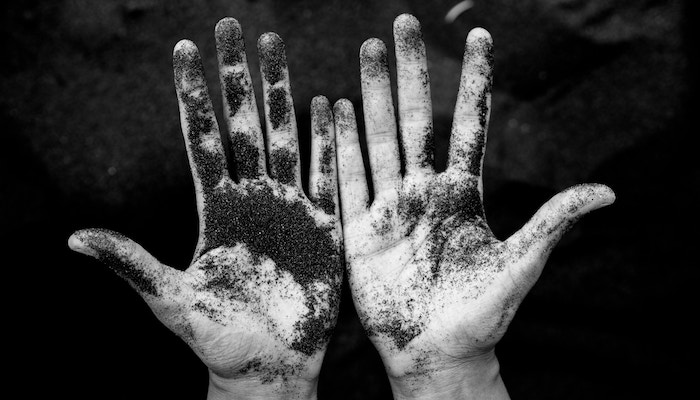 Once upon a last summer, I picked up a book titled The Gifts of Imperfection: Let Go of Who You Think You’re Supposed to Be and Embrace Who You Are by Brené Brown Ph.D., world-renowned shame researcher and author of Daring Greatly. I was not convinced another human could look into my soul until I read the Table of Contents: anxiety, perfectionism, fear, comparison, and self-doubt. Those words glared at me like a shushing librarian.

This book was for me.

Perhaps the most impactful part of The Gifts of Imperfection was Brené Brown’s description of guilt and shame. We often use the words interchangeably or throw them together like Laman and Lemuel. But how they impact us couldn’t be more different. 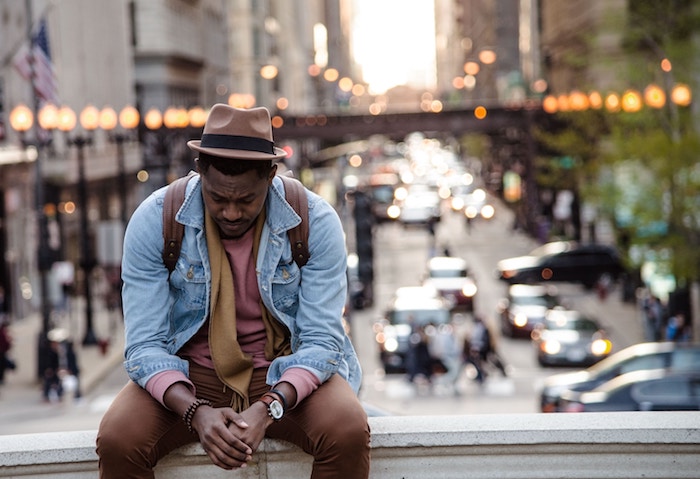 Guilt is the feeling that comes when we do something wrong. In spite of the discomfort it brings, guilt is a functional feeling. It nudges us to make positive changes in our lives. “When we see people apologize, make amends, or replace negative behaviors with more positive ones,” writes Brené Brown, “guilt is often the motivator.”

The Spirit often prompts us to repent via guilt and that’s a good thing! It means that we are living in such a way that we are still sensitive to the whisperings of the Spirit. As Elder Bednar said, “Guilt is to our spirit what pain is to our body—a warning of danger and a protection from additional damage.”

And if we heed that warning through repentance and restitution, the guilty feelings subside:

4 And my soul hungered; and I kneeled down before my Maker, and I cried unto him in mighty prayer and supplication for mine own soul; and all the day long did I cry unto him; yea, and when the night came I did still raise my voice high that it reached the heavens.

5 And there came a voice unto me, saying: Enos, thy sins are forgiven thee, and thou shalt be blessed.

Guilt is good! It is from God and serves as a reminder to do and be better.

Yet sometimes after we’ve fully repented, another feeling settles in. It seems to whisper that we haven’t done enough, that we are not enough—and that we never will be. The sin and sinner start to look the same, and rather than prompting us to change, the feeling prompts us to self-loathe. We are no longer camping in guilt territory. We have crossed over into shame. 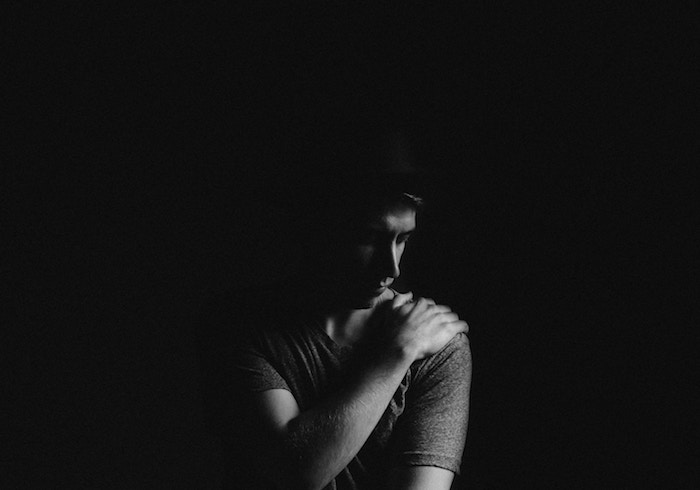 Brown defines shame as an “intensely painful feeling or experience of believing that we are flawed and unworthy of love and belonging.” Shame feeds off of fear, fear that if we share our stories, we will be isolated or ridiculed.

Have you ever murmured to yourself how lazy, sinful, fat or awkward you are? This is your brain on shame. Shame is the mother of negative self-talk; we would rarely talk to others in the same way we talk to ourselves. So the next time you mutter shameful nothings to yourself, imagine saying those things to someone else. (Emphasis on imagine—you want to keep your friends.)

People feel shame about their education, income, body, marital status, etc. We don’t even have to sin to feel shame. It can pop up anywhere and at any time and often shows up in statements like these:

Perhaps one of the best examples of shame I can think of comes from a talk by Elder Holland, published in the January 2010 issue of the Ensign:

I was told once of a young man who for many years was more or less the brunt of every joke in his school. He had some disadvantages, and it was easy for his peers to tease him. Later in his life he moved away. He eventually joined the army and had some successful experiences there in getting an education and generally stepping away from his past. Above all, as many in the military do, he discovered the beauty and majesty of the Church and became active and happy in it.

Then, after several years, he returned to the town of his youth. Most of his generation had moved on but not all. Apparently, when he returned quite successful and quite reborn, the same old mind-set that had existed before was still there, waiting for his return. To the people in his hometown, he was still just old “so-and-so”—you remember the guy who had the problem, the idiosyncrasy, the quirky nature, and did such and such. And wasn’t it all just hilarious?

Little by little this man’s Pauline effort to leave that which was behind and grasp the prize that God had laid before he was gradually diminished until he died about the way he had lived in his youth. He came full circle: again inactive and unhappy and the brunt of a new generation of jokes. Yet he had had that one bright, beautiful midlife moment when he had been able to rise above his past and truly see who he was and what he could become. Too bad, too sad that he was again to be surrounded by a whole batch of Lot’s wives, those who thought his past was more interesting than his future. They managed to rip out of his grasp that for which Christ had grasped him. And he died sad, though through little fault of his own.

Shame erodes any good we have and any desire to become better. It should surprise no one that shame is a common export of Satan, LLC. And if it’s from Satan, we can know of a surety that it will not help us progress.

What Do We Do? 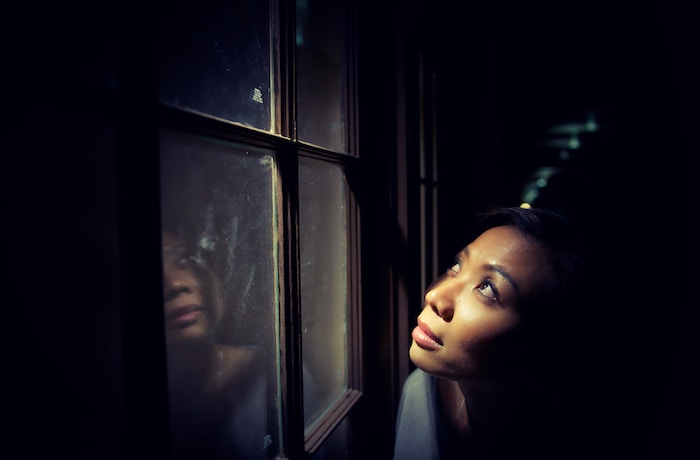 Bad news: shame isn’t going away. Brown says that shame “is universal and one of the primitive human emotions that we experience.” We can’t just stop feeling shame. Because if we try then fail, we’ll feel ashamed of our shame and get sucked into a shameful vortex. We don’t have time for that—we have mouths to feed, callings to magnify, cooking shows to watch. Good news: there are some things we can do to keep it from getting in our way.

Here are some other places where I have seen shame linger:

Breaking down shame won’t happen all at once, but recognizing its presence is the first step to keep shame from snowballing.

2. Talk about it. Brown says the more we talk about shame, the less power it has over us. She also says that “honest conversations about shame can change the way we live, love, parent, work, and build relationships.” What are you waiting for? Talk about shame with your spouse, your kids, your parents, your friends, and your ward. I’ll go first:

In my late teens and  earlier twenties, learning foreign languages was my jam. I had learned Spanish and Arabic, and on my mission, I would learn Japanese. When I got home from my mission, however, I didn’t have that same draw toward language, and my schedule didn’t have room for it. For a long time, I felt bad that I wasn’t pursuing this skill, that I was wasting a talent God had given me. I felt I wasn’t living up to my potential. 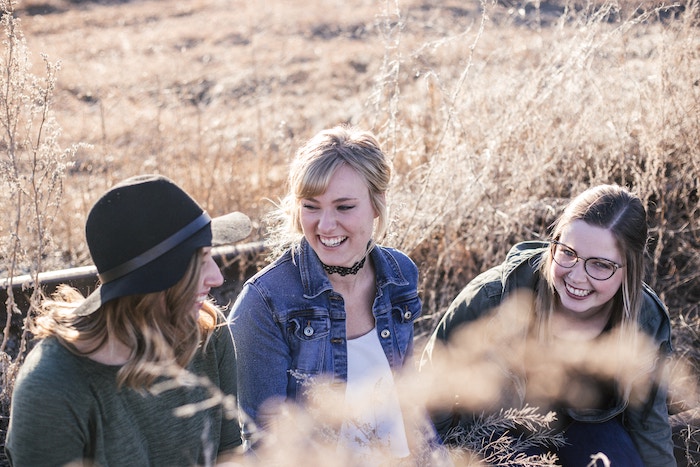 I carried this weight around until just recently when I finally opened up to a friend. He helped me realize I didn’t need to feel ashamed. I had taken advantage of the talent by studying Spanish and Arabic, and learning those languages helped me learn Japanese, which helped me on my mission. While I’m not studying any language now, I have been cultivating other skills, expanding other God-given talents.

A ten-minute conversation saved me from days, months, even years of self-shaming. Shame thrives in our silence but it quickly shrivels up in our speech. And if we don’t talk, shame will do it for us.

3. Understand your worth in God’s eyes. Combatting shame gets a lot easier when we seek to understand our worth. Primary General President Joy D. Jones makes the distinction between worth and worthiness:

“Spiritual worth means to value ourselves the way Heavenly Father values us, not as the world values us…On the other hand, worthiness is achieved through obedience. If we sin, we are less worthy, but we are never worth less! We continue to repent and strive to be like Jesus with our worth intact.”