Faith 4 Meaningful Ways to Think About the Sacrament 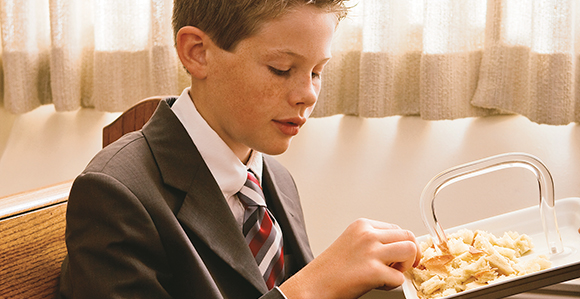 Each week we take within ourselves, both literally and symbolically, Him who is the Bread of Life and the Living Water. As the Nephites of old we have the opportunity, one by one, to partake of the physical tokens of His sacrifice.

Elder L. Tom Perry said, “Partaking of the sacrament provides us with a sacred moment in a holy place.”

Here are 4 meaningful ways to think about the sacrament that will help us have sacred moments in holy places.

1. Significance of Passover and Unleavened Bread

Jesus instituted the sacrament at the end of a Passover Feast as he broke bread and declared, “This is my body.” Had we been Jews living at that time, we would have understood the significance of His statement because of the particular bread He used to represent Himself.

During Passover, only unleavened bread could be used (or bread without any leavening agent, such as yeast), the same type of bread used for all grain sacrifices offered in the temple.

Bread was leavened in those days by adding some of the old, fermented dough to a new batch of dough. This caused the bread to rise, but would eventually cause it to sour and rot. Leavening was thus seen as a symbol of pride, sin, and spiritual decay. Only Jesus could rightfully compare Himself to unleavened bread, completely free from contamination or decay.

A special piece of unleavened bread called afikomen is wrapped in a napkin and hidden at the beginning of the Passover meal. At the end, it is retrieved and the leader of the Seder breaks it into small pieces, distributing one to each person present. Presumably, Jesus was following this custom as He broke the bread and distributed it to His Apostles.

Jewish scholar David Duabe says the afikomen was understood at that time to represent the Messiah, with its appearance at the end of the meal symbolizing His long-awaited coming. Thus when Jesus proclaimed, “This is my body,” He was boldly announcing Himself as the Messiah.

Why did Jesus choose a Passover meal to introduce the sacrament? Because there are several lessons he wants us to be reminded of each week.

When we take the sacrament with this in mind we acknowledge our belief that He is the sinless One, our Messiah, the One to whom we will turn for deliverance, direction, and peace.

Any young man who dies in his prime is greatly mourned, particularly one who is virtuous, kind and faithful, and especially one who dies a cruel and unjust death.

The funeral service for such a young man would be filled with solemn, mournful friends who quietly contemplate the legacy of his wonderful life and commit to live better. The casket is arranged and music is playing long before the service is scheduled to begin. The meeting is focused and powerful as everyone thinks of what this man’s life meant to them and how they will remember Him.

The sacrament, symbolic of Christ’s atoning sacrifice and ultimate death and resurrection, is the center of our worship service—a service that is really a funeral of sorts with speakers honoring Him and Priesthood holders acting as pallbearers, carrying the symbols of His body.

This idea presents some important lessons:

His death did not pass without notice. Nor should our sacrament meetings pass without our notice and remembrance of His sacrifice and death for us.

As with any proper funeral, we should arrive early and prepared, solemn and reverent, with the meeting focused entirely on Him who we are there to honor and worship.

3. Symbolism of Christ’s Birth and Our Spiritual Rebirth

When asked by Pilate if he was a King, Jesus responded, “To this end was I born.” The sacrament serves as a reminder of the purpose of His birth, and the reality of its divine nature.

Each of us is an Innkeeper who decides if there is room for Jesus.

As we humbly come to the sacrament table, we symbolically come to His stable. Like the magi, we bring our best gifts of a broken heart and contrite spirit and acknowledge Him as our Savior. We make room for Him in our lives and covenant to always remember Him.

There are several lessons the symbol of birth can teach us.

4. Kneeling at an Altar of Sacrifice

Since the time that Adam and Eve were driven from the Garden of Eden, sacrifice has been a central part of worship. Until Jesus Christ’s Atonement, that sacrifice was performed by shedding the blood of an unblemished animal, symbolic of and pointing towards the sacrifice of Jesus Christ.

After His great and last sacrifice, the sacrament replaced sacrifice by shedding of blood. However, it did not replace the command to sacrifice. Jesus Himself told us, “ye shall offer for a sacrifice unto me a broken heart and a contrite spirit.” Our sacrifice in this manner reminds us of His sacrifice at the altar of Gethsemane.

The Gospel Principles manual explains, “Our willingness to sacrifice is an indication of our devotion to God. People have always been tried and tested to see if they will put the things of God first in their lives.” The sacrament table is our altar of sacrifice, where we can present ourselves, broken and contrite, to be healed and filled with the Holy Ghost.

Proper preparation for a sacrifice includes bringing something to sacrifice. The ancients would never arrive at the temple without an appropriate animal to place on the altar. Keeping that in mind, Elder Don R. Clarke promises, “If we properly prepare for the sacrament, we can transform our lives.”

As we place ourselves upon the altar, our lives are altered.

The sacrament is the only ordinance performed for ourselves more than once in our lives. For most of us, we will participate in the sacrament ordinance thousands of times before we die. Thus, taking the sacrament can easily become routine—a quiet moment to ponder, but necessarily a sacred moment or a true renewal.

Speaking of the sacrament, David O. Mckay said, “No more sacred ordinance is administered in the Church of Christ.” As we truly ponder and expound upon these and other ideas, we will more fully appreciate the true significance and deep symbolism of the sacrament. It will be a meaningful sacred experience, every time.

What other ideas do you have to make the sacrament a sacred moment in a holy place? 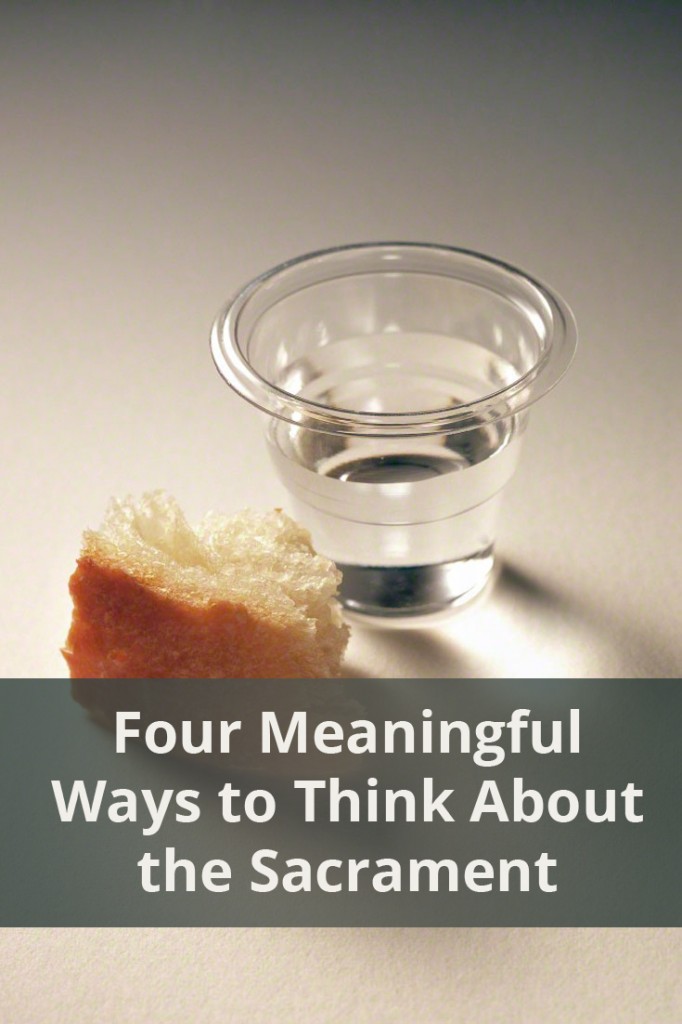