Faith The Contract We Signed in Heaven, and Why We Should Stick to...

I was thrilled the other day when I sat down to sign the lease at my new apartment, and it turned out that the contract period was only for a month. Each month, this same lease would be renewed, but I was under no obligation. Thank goodness there’s not the pressure of a whole year… what if it turned out that I hated it? What if I somehow struck it rich and wanted to buy a house? What if I was going to get married within the month and needed a way out? Ok, so maybe the first is the only realistic one, still, it’s nice to have that pressure gone.

I feel the exact same way about the contract that each of us signed in heaven. Wait… a contract, in heaven . . . with our names on it?! Yes. The proof of this contract is in three words that are found in all of our patriarchal blessings: Tribe of (Insert name here).

The best part of this contract is that we are promised some pretty significant blessings (if you can categorize Eternal Life as just a blessing), but we are under no obligation to actually fulfill the contract.

As always, the choice is ours, whether we stick to it for a lifetime or a month. Our Heavenly Father will never make us do something that we don’t choose to do ourselves. When we do make that choice though, our lives can be changed forever.

So what is this contract? How did we sign our names? And what are the blessings that come with its fulfillment?  Well, that all started before we were born. 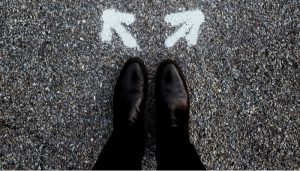 Most of us can recount the little that we know about what happened before we came to this earth. There was a council in heaven, the plan was laid before us, Lucifer rebelled and took a third of the hosts of heaven with him, and the rest of us chose to stay and follow Christ. This is a Plan of Salvation essential.

Understanding where we came from gives us understanding into who we are and who we can become.

Of course, there’s so much more to the story than simply the one single choice to come down to this earth. That was by far the most important, but it was only one of many that would impact our lives here on earth.

In fact, the different choices we made actually helped determine what kind of lives we would live when we came down to earth in this “probationary state” (Alma 12:24), or a process we call foreordination.

Unfortunately, foreordination is often a term that is loosely equated with God’s ability to foresee who His children will become when they are born on this earth.

Obviously, our Heavenly Father knows us perfectly, and perhaps He did foresee who we were going to be. The more I learn about Him and His perfect plan, however, the more I am convinced that foreordination is much different than what most picture.

Imagine this — we were up in heaven, doing whatever it was that we did, and all of a sudden there was a big announcement with the names of those who were “God’s elect.” The person you stood next to didn’t make the cut, even though you both chose to come down to earth. That’s a bummer, but it’s a good thing you made it! Somehow, our Heavenly Father just knew you were going to be better than a few of your friends. Thank goodness that He knows how to look into the future.

Well… that’s not exactly how everything happened. In fact, that’s not at all how it happened. Maybe the prophet Alma has some insight for us.

“And this is the manner after which they were ordained . . . on account of their exceeding FAITH and GOOD WORKS; in the first place being left to choose GOOD or evil; therefore they having CHOSEN GOOD, exercising exceedingly great FAITH, are called with a holy calling . . . while others would reject the Spirit of God on account of the hardness of their hearts and blindness of their minds, while, if it had not been for this they might have had as great privilege as their brethren.” (Alma 13:3-4, emphasis added)

Taken out of context, this scripture could very easily be used to describe what we go through here on earth. When we choose good, we are blessed, and we are given responsibilities. What’s truly mind-blowing though is that Alma wasn’t talking about earth life at all . . . he was talking about the Premortal Life.

To paraphrase the rest of Alma’s sermon to the Church, he basically says: “Look, when we were all in heaven, all of us were on the same level, we were equals. Everyone had the same opportunity to grow and progress. Only a few of us made the right choiceS (emphasis on the S) because we had great faith, and longed to do all the good of which we were capable. It’s those few who were called and prepared in the premortal life to accept high and holy callings in this one on earth.”

This principle paints a different story. The foreordination of God has so much more to do with what we chose, rather than what was chosen for us.

Agency. We always have agency in God’s plan. And so, with choices laid before us, we were in the perfect place to sign a binding contract in heaven.

Related: Your Foreordination in the Pre-Existence

Our Contract – The House of Israel 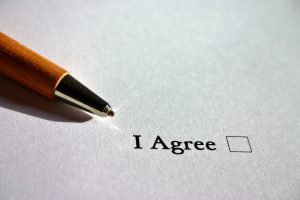 The first part of any contract or agreement is understanding a common interest by both parties. The apartment was the common interest for the one I just signed; my landlord wanted to be paid for it, and I wanted to live in it.

What common interest would we have with God?

I’ll give you a hint: it’s an old scripture mastery. It’s in the Pearl of Great Price, Moses to be exact. It’s in chapter one. It’s in verse 39. You should know by now. YES! The immortality and eternal life of man. That is THE great purpose that binds us all together.

We want to enjoy Eternal Life, our Heavenly Father wants everyone to have the opportunity to enjoy it.

So, the perfect plan was created to bring about this common interest. We would live on earth, be tried, and then be judged according to what we accomplished while here on earth (and as an extension what we did in the premortal life, and what we will do in the spirit world).

Of course, Lucifer rebelled. As the scriptures depict, a war was fought. There they are again, the Plan of Salvation essentials. As we already further discovered it was a combination of choices, not a single choice, that made us part of God’s elect.

That begs the question… what exactly did we choose?

Everyone hates this answer, but WE DON’T KNOW. We know a bit about the pre-existence, but in reality, we know next to nothing.

All we do know is that Lucifer was overcome and thrust down. We made choices that had implications for the future. And now we live on earth, seeing the consequences of our choices.

Once again, however, the scriptures save the day with a little look into how important our choices were. In Revelation, amidst all the abstract symbols and stories, John makes one thing very clear: Lucifer was overcome in heaven because of the “blood of the Lamb,” and “by the word of their testimony.” (Revelation 12:11) Boom! The integral part we played.

Rather than just vote in a campaign, we fought in one. We told our friends, family, neighbors, and basically anyone and everyone we knew. God’s plan was perfect, and Christ could be and would be the Savior for all mankind.

Now, as the plan unfurled, God knew he would need messengers; people to share eternal laws and messages that would help men obtain immortality and eternal life. So, the contract was made.

God “elected” those who fought for Christ, rather than just passively followed Him. He made a promise out of this elect group: they could obtain eternal life if did they did their best to help others do the same.

The common interest was addressed, and the parameters were established.

On earth, we call this group and this agreement “The House of Israel” and “The Abrahamic Covenant.” Those three words in our patriarchal blessings signify exactly what we did and who we were before we came to this earth.

It’s one of the most talked-about subjects in the scriptures, it seems almost every prophet makes reference to God’s elect group and the contract that they (and we) made.

Blessings of the Contract 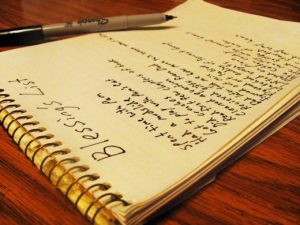 Aside from everything that we can read in the scriptures about the promises that are made with Abraham’s seed (Priesthood, Posterity, Promised Land), I think there are even greater blessings that come with being a part of the House of Israel.

Related: Ye Are of the House of Israel. What Does That Mean to You

I can imagine a conversation between God and His Perfect Son as they prepared for people to live on earth:

— My son, no one that comes down to earth will be able to fully live up to what we instruct them to do.

— I know, but Father, look at all they are doing now. Some fight for me and love me. They do what they can to help our work progress. With all the wickedness that will be in the world, I need followers. I need friends who will love me and continue to fight for me in that life.

—  Let’s make a promise with them. Since they fought diligently here, let’s give them the gospel before everyone else. As they share with others what they are sharing here, we’ll bless them with the power to overcome wickedness and the adversary. We’ll send them as messengers throughout the world, to continue to testify of your sacrifice as my Only Begotten.

— Most importantly, as they make mistakes they will remember what I will have done for them. While the work you send me to do will not be easy, I know it will be worth it.

We have a choice to make, as always. God will never make us be messengers, or follow the commandments. The Plan is founded on agency.

As we fulfill our agreement though, we can be assured that Christ is with us every step of the way. He needs us to be His messengers and to fight for Him as we have before. Above all else, He trusts us to be his friends and warriors.

For me, I need no other reason to stick to my end of the contract I signed in heaven.