Faith Stop Using the “End of Days” as an Excuse 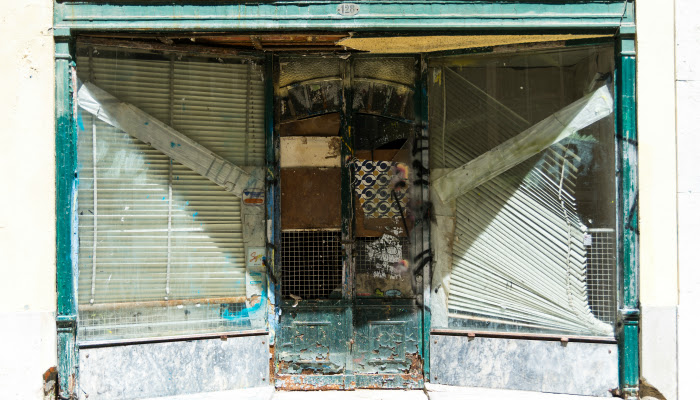 Uber just got hacked, shootings appear to be on the rise, and gun-control arguments are naturally rising as a result. People are scared the government is getting too powerful (or already is), President Trump and the media are constantly at each other’s throats, Russia and North Korea have become huge concerns, rumors of war are constantly being thrown around, and what about all this hubbub about net neutrality?

But wait, Prince Harry has declared he’s engaged to be married, wonderful news right? Depends on who you ask.

While terms like racist, bigot, sexist, and misogynist are being thrown around like candy at a parade here in The US, traditionalists in the UK are astounded Prince Harry would taint the bloodline by marrying a black woman (she’s half-white, half-black actually, and American, but that probably doesn’t help much).

Oh! And lets not forget all the deadly natural disasters that have occurred just within the past year: Hurricanes Harvey, Irma, Jose and Maria decimated the Caribbean and the lower east-coast of the US; earthquakes and hurricanes hit Mexico; fires ravaged Montana, California, and other states in the Western US; Bali is currently assessing a potential volcanic disaster; and floods and landslides have occurred in Columbia, Bangladesh, and Sierra Leone.

If you were to throw a proverbial pebble into the internet, chances are it would land on something mean, nasty, ugly, scary, or sad.

Good news is out there, but it’s hard to keep that in mind when the world is bombarding you with reasons why you’re probably better off staying locked in your room with internet turned off, hugging your scriptures, and hiding beneath your bed covers.

However, as a result of all the negativity in the world, I have heard many (namely those from older generations) simply sighing and saying, “Ah well, it’s the end of days!” I kind of take issue with that phrase, and here’s why:

1. Using the phrase as a replacement for “C’est la vie”

Usually when I hear the phrase, “It’s the end of times!”, it seems to be in place of what used to be “C’est la vie!” or otherwise known as “Ah, such is life” (or even “meh” in more colloquial terms).

The problem I have with this usage is that it sounds like giving up to me. It sounds like people are saying, “Ah, well, since it’s obviously the end of days—given all the terrible craziness in the world—there’s not much we can do.”

Personally, I’ve heard my parents use it almost as an excuse and a condemnation of the younger generations. One day we were talking about a recent story in the news about a teenager doing something terrible (I think they murdered someone).

While I’m beside myself in saying, “Whoa, that’s crazy”, my parents shrugged and instead said “Yeah well, it’s the end of days. So?” This response led me to believe they were essentially saying, “What else can we expect?”

In response to what my parents said, I semi-defensively asked, “Wait, are you saying that because it’s the end of times, that’s why this kid went crazy?” With their response being in the affirmative, I was angry. To me, it sounded almost as if they were saying that because the end of days were near, then the youth are just going to get worse and worse.

Why did this upset me so much? It’s hard to put my finger on it, but I really don’t like the idea that their statement appeared to insinuate free will was no longer an option for the youth (or for anyone for that matter).

It sounded to me as if my parents were telling me that the youth, including my own generation, were screwed in every sense of the word (morally, politically, economically, etc.) because the end of days was quickly approaching.

Honestly, coming from a generation of students who are in the midst of graduating from college, starting a career, finding a partner, having a family and creating a life, I find myself asking, if it’s all simply going to get worse and eventually end, then why should we even try?

Now I am aware that all this seems rather dramatic and a bit of a leap from one simple conversation/disagreement with my parents. I understand that I might come off as a “snowflake” or #triggered to many of you. I also understand that we should, according to President Joseph Fielding Smith, essentially “pray for the end of the world”.

In this section I am merely pleading with you to take care in how you sound when you say the the words, “it’s the end of days!”

Try to understand that even though you may be speaking to other members who likely understand the Second Coming to be a GOOD thing (I mean, peace on Earth definitely sounds amazing and I look forward to becoming best friends with a lion), “the end of the world” still has a negative, scary connotation attached to it that’s just hard to shake.

Especially for those of us who are trying to plan out our futures but are constantly being told the world is going to end soon. 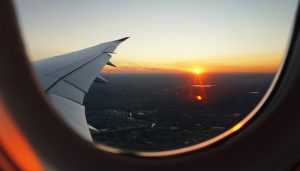 2. Fear of Change and/or Progress

Another instance where I see “the end of days” used as an excuse is when change, usually scary change, is afoot and your safety isn’t guaranteed. Common examples of this can usually be found when plans to travel or plans to move away from family are brought up.

I personally experienced this type of thinking from my immediate and extended family when I announced my intentions to study abroad in China last summer.

With all the terrorist attacks and threats of attacks going on in the world, my parents were not only sure that things were bound to get worse, they also figured that as a result leaving America would be extremely unwise.

Don’t get me wrong, I know that despite all the issues and dangers The US is dealing with within its own borders, staying home is probably safer than going abroad to countries where I’m not guaranteed the same rights, safety and treatment as I am at home. But isn’t that why they call it getting out of your comfort zone?

I agree I need to be wise in my decisions and be aware of my surroundings in order to keep myself out of danger, but I don’t think being smart is the same as never exploring or changing.

As an American, I ideally don’t have any plans to visit countries whose citizens harbor animosity toward me (although that’s pretty hard to avoid even here within the States), but that doesn’t mean the whole world is off limits.

Yes, terror organizations are out there and maybe they decide to bomb the airport or bus/train station I’m headed to. There’s no way of knowing what’s going to happen just like there’s no way to know if I’m going to die in a car accident tomorrow—but I can promise you that I’m still going to drive my car to school and work everyday.

I know my family is just trying to protect me. I know that if anything globally disastrous happens (World War III maybe?), that I would want to be closer to my family than by myself in a foreign land halfway across the world.

Yet, as usual, it’s all going to come down to your relationship with Heavenly Father. If you are living your life to the best of your ability—you’re paying your tithing, obeying the commandments, going to church, taking the Sacrament, reading your scriptures— the Lord will guide you.

He will guide you in knowing what path is best for you. Should you plan that trip to Peru? Should you move to Taiwan and pursue an international career? Should I go on that study abroad to China? Or even, should I move two towns over? All these types of changes are scary and come with their own risks.

Knowing that the end of days are getting ever nearer however, is not an excuse for you to live in fear and never grow. When prophets have spoken of the end of the world, they don’t talk about it as if it’s something we should just resign ourselves to and just wait for it to happen.

I stumbled across an article in The Ensign issue of May 1987, where Elder Paul H. Dunn of The Seventy tries to help us understand the power of positive thoughts and behavior during depressing times.

In reference to a scripture referenced earlier in the article, Dunn explains,

“…we are taught the wonders accomplished by faith, love, and hope. It seems to me that dwelling on negative thoughts and approaches is, in fact, working directly opposite of hope, faith, and trust—in the Lord, ourselves, and others—and causes continual feelings of gloom, while the positive lifts and buoys us up, encourages us to forge ahead, and is an attitude that can be developed, a habit that we can cultivate.”

Why We Keep Trying

Essentially, my purpose in writing this article wasn’t to go off on a rant (although I admit it may sound like that at times). I only hoped to help people become aware how talking flippantly about the end of the world might affect those around you, particularly the youth in your life.

I also wanted people to understand that even though we’re promised some really terrible things will happen as the end draws nearer, that doesn’t mean we should be apathetic to the trials of the world.

The Church hasn’t given up the battle of protecting the sanctity of marriage, temples and temple marriage in the face of a changing culture, and we shouldn’t give up trying to bring a little light of our own to the world during these tumultuous times.

Don’t let your fear of bad times ahead keep you frozen in place. They keep telling us we’re a chosen generation(s) put on the Earth at this time for a reason, and that reason is to be valiant, loving, forgiving, and brave. Let’s do what we Saints do best: serve.